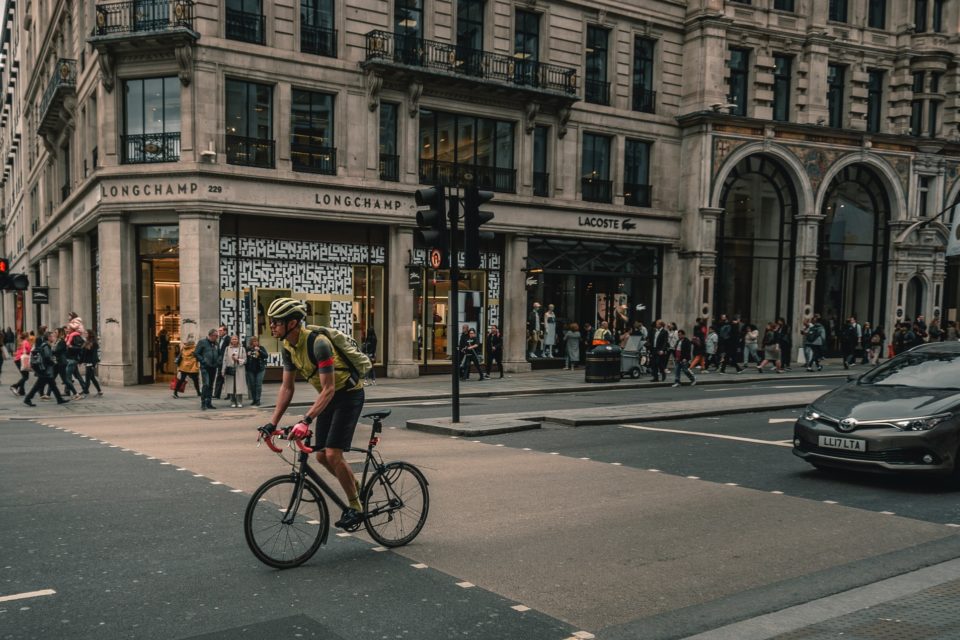 Are we there yet? As certain regions start to see some sort of light at the end of the coronavirus tunnel, cities are looking for ways to avoid a looming post-pandemic car-pocalypse. The preferred prescription for now seems to be open streets, with cities as large as Paris or small as Pasadena, CA reimagining roads to provide people a safe space in which to breathe and roam. Now, the next stage is emerging, with metropolitan areas like Seattle and Milan announcing that street reconfigurations will be permanent – all the better to ensure that when lockdowns end, public transit-weary commuters choose to use their feet to walk or pedal and not to stomp on the accelerator. (And pedal stompers beware, BMW just cancelled its EV supercar.) 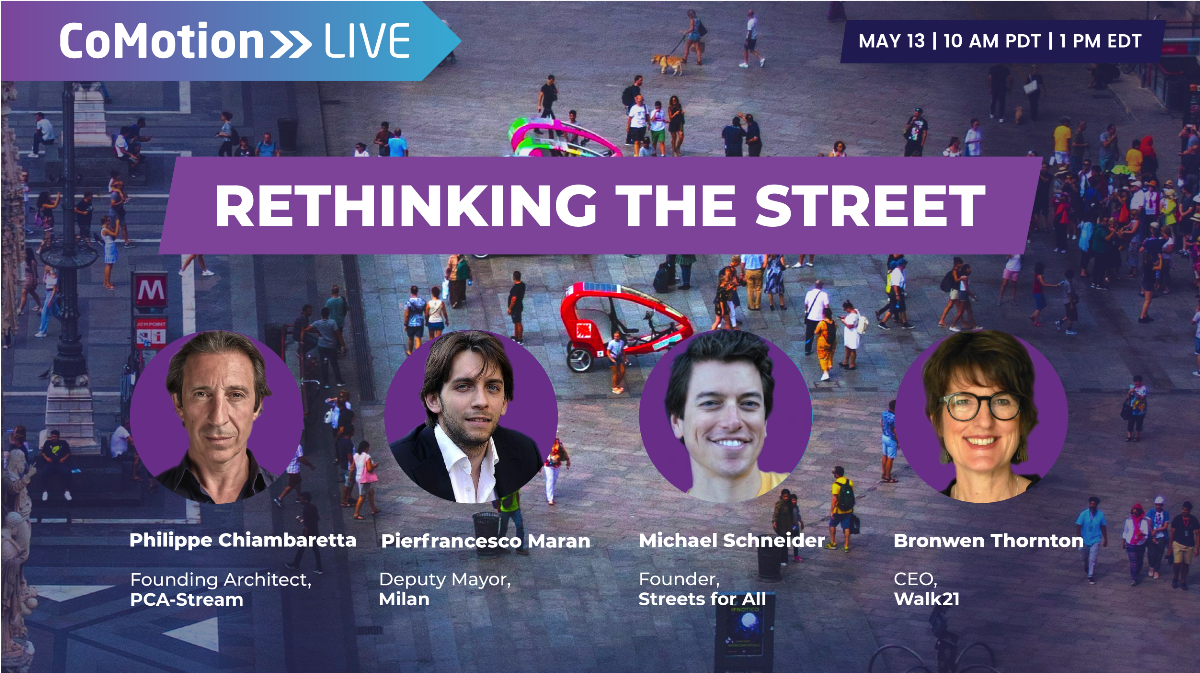 Learn from Philippe Chiambaretta, head of Paris-based PCA Architects and in charge of the brilliant program to reimagine the iconic Champs-Élysées; Pierfrancesco Maran, Deputy Mayor of Milan, where already 35 km of roads are being transformed to promote active mobility and to limit car use as the city emerges from lockdown; Michael Schneider, whose organization Streets for All is leading the charge for open streets in Los Angeles; and Bronwen Thornton, CEO of the UK’s Walk21, an international NGO dedicated to ensuring the right to walk the world over. 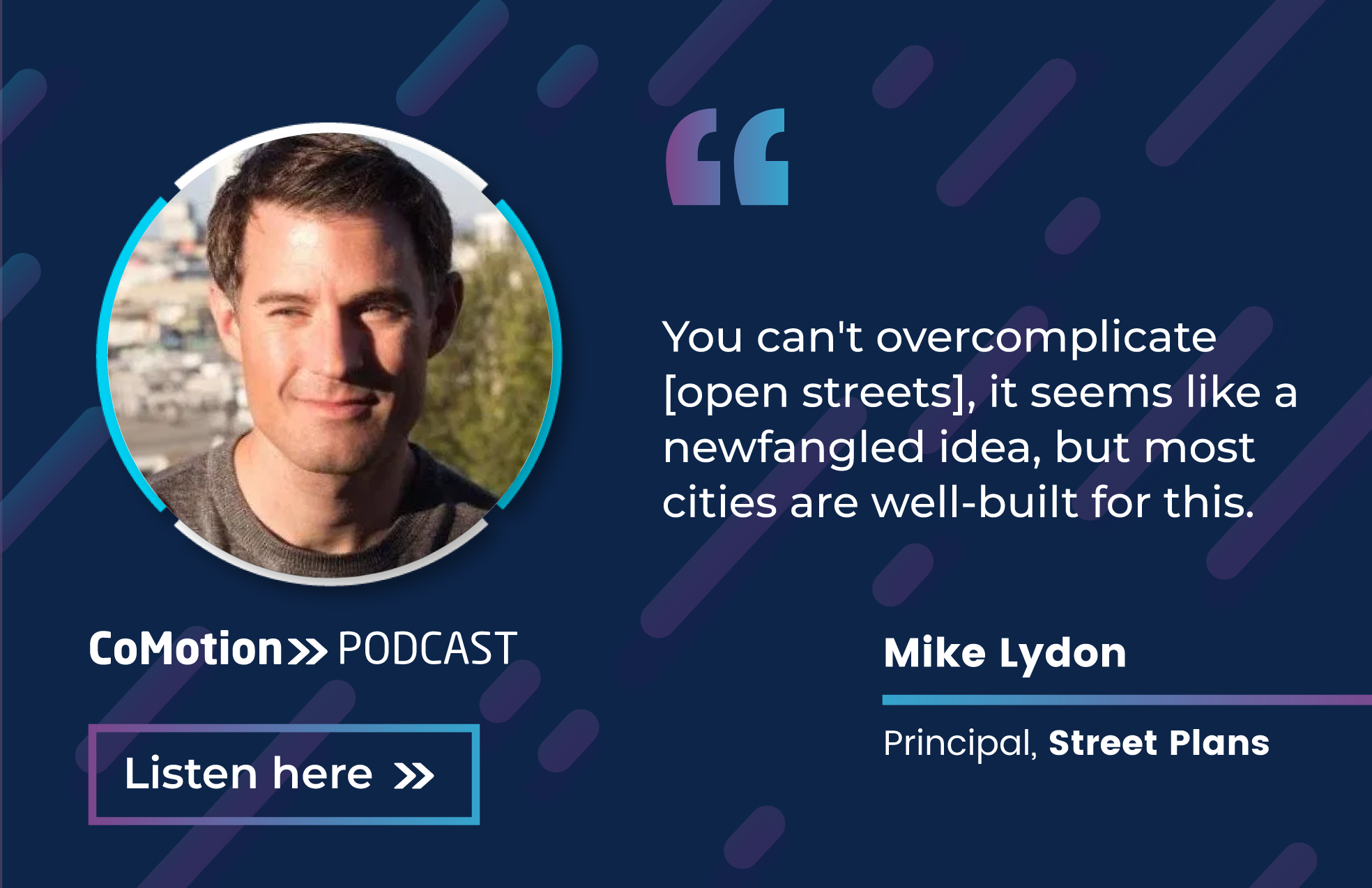 Episode 65. Greg Lindsay sits down with Mike Lydon, Principal at Street Plans, to discuss how he helps guide cities as they move to open street space for pedestrians and cyclists. Greg also chats with Jonah Bliss about cities’ open streets initiatives, recent micromobility tie-ups, and other happenings of the week. Listen here.

Follow their lead: Seattle is making formerly temporary street closures permanent, giving citizens 20 miles of streets to walk and bike on at a safe distance. With a projected budget set for no more than $200,000, open streets look like a fiscally sound move.

Seize the moment: as lockdowns begin to ease, Europe is turning to cycling. The move is about seizing the opportunity provided by people’s change in daily life in response to the pandemic, pushing commuters towards socially distanced, sustainable, healthier forms of transportation. Both the skies and people’s health will benefit.

Setting data standards: in an attempt to solve some of mobility’s most complex data challenges, the Mobility Data Collaborative has released two best practices: a glossary of standardized terms and metrics, and guidelines for privacy-focused data governance and contracting. That should really help consolidate some of the more nebulous aspects of the mobility industry.

The fight continues: California filed a lawsuit against Uber and Lyft, accusing the firms of misclassifying workers to avoid paying benefits. Uber plans to fight in court, Lyft wants to work with the state to find a solution.

Show me the money: Facebook co-founder Eduardo Saverin is doubling-down on delivery, having just made another investment in Singapore-based logistics provider Ninja Van. The company raised $279M in a Series D funding round — a fair chunk of change given the general distress in the global economy.

Pink and black, in the red? Following Lyft’s layoffs the week prior, Uber announced it’s letting go of 3,700 employees, amounting to about 14% of total staff. CEO Dara Khosrowshahi will also give up his base salary for the rest of the year.

All this, despite COVID: taking those recent layoffs in stride, Lyft’s shares rallied 14% after it reported Q1 growth. The TNC generated $955.7M in revenue in the first 3 months of 2020, a 23% increase over the same period last year.

Stop the spread: Lyft announced that face masks are mandatory for drivers and passengers. Both parties will be required to confirm, through the app, they are not only wearing a mask but are also symptom free. Uber is reportedly working on a similar feature.

New VW EV: while COVID is delaying production of vehicles across the globe, Volkswagen is moving ahead with its first EV offering. Those who pre-ordered can complete their purchase for the ID.3 1st Edition on June 17. (There are reportedly 30k+ pre-orders already.)

No Roadster rival: BMW has reportedly canceled its electric supercar program, once seen as  rival to the new Tesla Roadster. Originally thought to be building a new EV supercar based on the BMW Vision M NEXT, the German automaker has thrown in the towel.

Public transit progression: a documentarian, possibly with extra time on his hands from the quarantine, worked up an “(Unofficial) 2020 Update on L.A. Metro Projects.” The informative and funny video gives an illuminating look at exactly how Los Angeles’ Measure M is panning out.

Courting controversy: with the State of California announcing an ease to its lockdown, Tesla disclosed plans to bring 30% of its employees back to its Fremont factory. Local health authorities had other ideas, as hours later Alameda County ordered the automaker to stay shut down. This all culminated in Elon Musk declaring via his Twitter “Tesla will now move its HQ and future programs to Texas/Nevada immediately.” Only time will tell if that’s an empty threat, or if Elon’s really that worried about his tax bill…

Laser eyes: Volvo is inching closer to self-driving cars as it works with Florida-based Luminar to integrate LiDAR into its future vehicle offerings. The rooftop add-on will be available in 2022 and will be the first step along the road to full AVs.

Slowly rolling out: Waymo is resuming limited driving tests in the Phoenix metro area, starting this week. As part of a tiered approach to restarting operations, passengers will initially be precluded from using the service.

That sounds… dangerous: Elon Musk says that video conferencing is “definitely a future feature” in Tesla vehicles. Seeing as currently videos can only be watched while the car is in park, we hope the same will apply for any in-vehicle Zoom calls.

Rising death toll: in the U.S., cyclist deaths rose 37% from 2010 to 2018, up from an already high baseline. Outside Magazine dove deeper into the factors driving this deadly surge, painting a picture of why fatalities are climbing.

Strength in numbers: to survive the COVID-19 pandemic, Uber and Lime are getting more and more closely linked. Uber is leading a $170 million funding round for the e-scooter provider, and Lime has acquired Uber’s JUMP bikes. Sadly for Lime, this latest round values the company at $510 million, a 79% drop from its previous valuation.

Spinning back up: as cities begin to reopen, Ford’s micromobility unit Spin is going to resume e-scooter operations in four US markets: Orlando, Nashville, Columbus and St. Louis. On top of that, Spin is extending its free 30-min rides for essential workers through May 31st.

Streetsblog USA, wondering how bad the post-pandemic carpocalypse might be.

CleanTechnica, on the giant economic benefits of the clean air act. 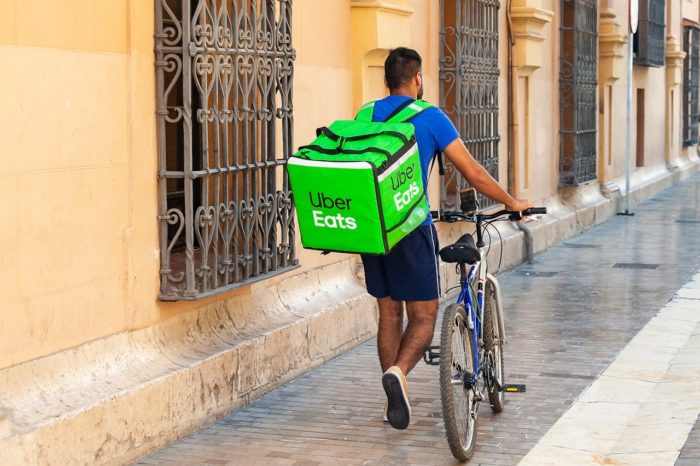