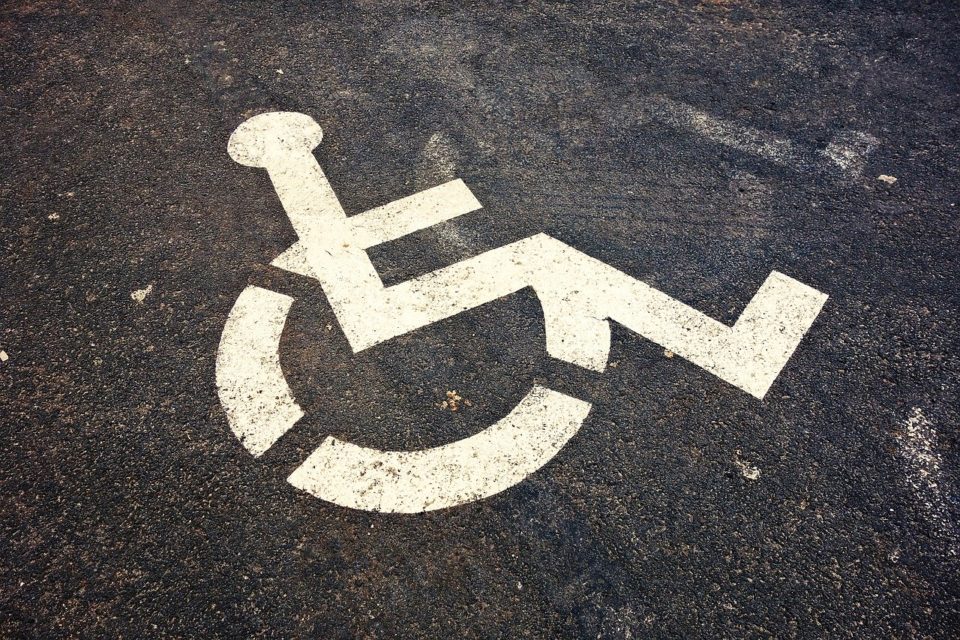 What a week it’s been! There’s an abundance of news coming out of the world of mobility: Colombia’s Rappi is moving into the food delivery space, NYC’s MTA is poised to announce major budget cuts, China’s EHang sets an eVTOL milestone, Tesla is suing Rivian over the alleged theft of trade secrets, plus much more. And for our friends here in the USA, happy 30th birthday to the Americans with Disabilities Act, which revolutionized access to cities and transportation systems across the country. Dive in! 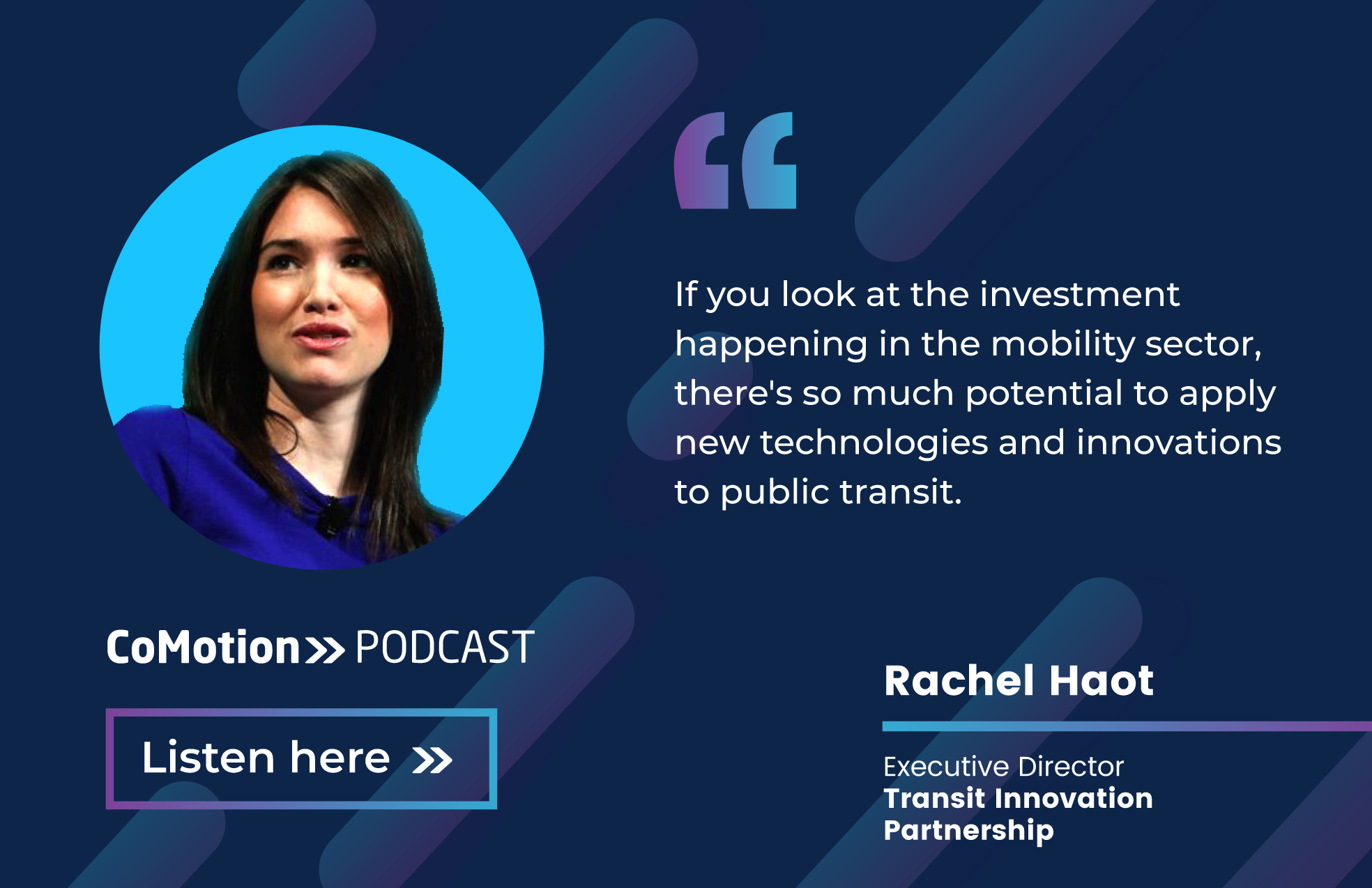 Episode 76. Greg Lindsay sits down with Rachel Haot, Executive Director of Transit Innovation Partnership, to discuss her organization’s COVID-19 inspired Challenge and the post-coronavirus future of urban mass transit. Greg and Jonah also chat about the public response to The Boring Company’s latest tunneling plans, autonomous (or teleoperated) deliverybots hitting the streets across US cities, AutoX’s AV milestone, and other happenings of the week. Listen here.

Mobility Perspective: Beth Kigel, Vice President at HNTB, dives into how edge computing can mean the difference between life and death when it comes to improving the decision-making capabilities of both vehicles and their operators.

Happy 30th! As the Americans with Disabilities Act marked its 30th anniversary on July 26th, CoMotion>>NEWS dives into the accessibility improvements that have come to mass transit and explores how some systems still have a way to go to reach full ADA compliance. Don’t take station elevators, tactile strips and paratransit for granted. It took years of fighting from advocates to get these important elements codified into law – and the battle is still not over!

Numbers don’t lie: according to a new study from UK insurer Direct Line, it’s cheaper to own an EV than an ICE vehicle. The average lifetime ownership cost of an EV in the UK is now £52,133, compared to £53,625 for an ICE equivalent. Be green and save green? You love to see it.

Gett that money: Gett, an Uber for Business rival, just raised $100 million, bringing its war chest to $750 million. Despite an increasingly competitive landscape, the Tel Aviv-based company now counts over one third of Fortune 500 companies as clients.

A home for hydrogen: Phoenix-based Nikola Motor, focused on the heavy-duty vehicle market, is building a $600 million factory in Coolidge, an hour outside Phoenix. The goal: manufacture battery-powered semis next year, followed by H2-powered versions in 2023.

Timeline clarified: after notifying customers of a delay in the release of the R1T and R1S EV pickup and e-SUV, Rivian has clarified that R1T deliveries will begin June 2021 and the R1S will follow two months later.

No fee delivery? Colombia’s Rappi is pivoting into the restaurant delivery space to bolster its bottom line. The service — Propio — will allow eateries to manage sales and deliveries through its new platform all for a 0% fee! …through the end of 2020 at least.

Tap to pay: many transit operators have been pushing for contactless payments for some time. Now, with the pandemic still in full swing, contactless payments are a priority. As such, Visa announced it’s expanding integration with mass transit fare collection company Cubic Transportation Systems, to accelerate the deployment of contactless deployments across 500+ global transit authorities.

Contentious counties: a tax measure able to save Silicon Valley’s 160-year-old Caltrain commuter rail may move forward onto the ballot… but only if officials agree to a change in Caltrain’s governing structure. As San Francisco and Santa Clara County officials feel Caltrain’s governing body unfairly favors San Mateo County, the sales tax increase will only get onto November ballots if all the county officials can reach consensus.

Swoop steps up: LA-based Swoop is looking to use its SaaS platform to aggregate chauffeured group transportation providers (for example, companies offering vehicles for corporate outings, events and weddings) and simplify the booking process for a fragmented industry. The company recently raised $3.2 million in seed funding to help it reach its goals of combining disparate entities in the group transportation space. As these services are often run on analog systems like pen and paper, a consolidated digital platform could streamline the entire process for customers and operators alike.

Creative companies: Mobility companies are stars in Boston Consulting Group’s list of the 50 most innovative companies of 2020, such as: Tesla, Volkswagen, Airbus, Uber, Toyota, FCA, and Volvo.

Pandemic problems: staring down a $16 billion deficit, NYC’s MTA is set to announce major budget cuts as the pandemic drags on. Here’s hoping the Feds come through with new relief funding, or New Yorkers will be looking at major service reductions, workforce cuts, higher tolls, and years of further deferred infrastructure maintenance.

Laser focus: Chicago food-delivery platform Chowbus just took in $33 million in funding, allowing it to expand its service which specializes in Asian food from local restaurants (that don’t usually work with other third-party delivery apps).

Storm’s a-comin’: the world is waiting as oil and gas majors are poised to report likely horrific Q2 results over the next two weeks, due to an unprecedented collapse in COVID-related oil and gas prices. Market watchers should keep an eye on Shell (RDS), Total (TOT), Eni (E), and ConocoPhillips (COP) this week.

Friends with webinars: Join our colleagues at NewCities Foundation this Wednesday at 12 PM EDT for The Big Rethink: Cities After COVID-19 – Is It Finally Infrastructure Week?, a webinar focused on ambitious, wellbeing-focused infrastructure projects from all over the world. Register today. Looking for even more educational opportunities? Join our friends at Toyota Mobility Foundation, on August 4th, for a bilingual webinar on using MDS in Brazil.

Take the human out of the equation: from sidewalk strolling delivery bots to self-driving semis, autonomy-focused companies have made some major advances in the past few weeks, including AutoX scoring a coveted CA DMV permit, and Kiwibots and Amazon Scout launching in new markets.

An oxymoronic future? Tweeting that “individualized mass transit is the future”, Elon Musk revealed the latest developments to his Vegas Loop system. While Tesla fans gushed over the renderings, the reception from the transit and urbanism community has been less enthusiastic.

Robotic peepers: Ford tapped Intel’s autonomous driving unit Mobileye to be the supplier of its vision sensing technology. Mobileye’s tech will be integrated into Ford’s driver assistance systems. While the two companies have already worked together since 2018 this is the first time FMC is committing to Mobileye’s tech for the entire lifecycle of its upcoming offerings like the Mustang Mach-E and the new F-150.

Making moves: Leading Chinese passenger drone manufacturer EHang has marked an eVTOL first as it moved from prototype to commercial air tourism. In Yantai, China, its 216 eVTOL provided passengers with an aerial tour of the fisherman’s wharf, serving as an amuse-bouche for future air-taxi endeavors.

People poaching: Tesla is suing Rivian and four former employees over the alleged theft of trade secrets — Rivian denies the claim. Some 178 ex-Tesla staff now work for Rivian, and Tesla is making accusations of misappropriation of confidential and proprietary information.

Autonomous aspirations: Waymo and Fiat Chrysler are deepening their tie-up to bring a series of self-driving vehicles to market, with a focus on autonomous Ram-branded light commercial vehicles. FCA is exclusively working with Waymo on Level 4 autonomous tech for Chrysler, Jeep, Dodge, Fiat and Ram.

New scoot from the EU: Berlin-based Unu is bringing its sleek seated electric mopeds to the US. The company recently achieved homologation for its newest model, which means it now complies with US vehicle laws and is closing in on deployment, with intro models priced around $3,200.

The micromobility recovery: after a dramatic decline in the micromobility market during the early months of the pandemic, McKinsey is now forecasting a return of ridership and profitability.

15 minutes of fame: as the pandemic creates havoc in urban economies and city revenues, a newly released report from C40 Cities highlights the ‘15 minute city’ as an essential urban recovery strategy. Pioneered by Paris, the concept allows residents to reach almost any essential good or service by foot or bike in less than 15 minutes. Sounds efficient!

Slightly less docked: Google Maps develops end-to-end directions for bike sharing stations in 10 markets with directions for walking to and from docks, in an effort to improve their ease of use.

Bike boom continued: in the US, Walmart’s CEO noted that the company is having trouble keeping bicycles in stock during the last few months due to pandemic-induced high demand. In Europe, electric bikes saw a 60% jump in sales in 2019 compared with 2018.

Bye Bye Birdie: Uber-backed Lime and EU-based Tier and Dott are chosen as scooter providers in Paris, after a major competition — and Bird is left in the cold. So much for Bird’s plans to hire 1,000 staffers in Paris…

Beautiful Belgian bikes: Cowboy, a sleek Belgian e-bike brand, just raised $26 million in new funding. The simple yet elegant e-bikes are sold directly to consumers in Europe, and are set to get new smart features like auto-lock/unlock, crash detection, and real-time theft alerts.

Still no electric motorcycle: Ducati has released another two-wheeled electric vehicle that isn’t the steel horse people were hoping for. Its latest offering is the e-Scrambler electric bike, and unlike previous mountain bike style e-bikes, this new offering is focused on more urban environments.

Wired, looking at how the pandemic has caused public transit systems to suffer as riders are still skittish and cleaning costs are piling up.

Medium, diving into America’s food deserts and how it’s significantly easier for many to get fast food over fresh fruits and vegetables.

Secure Energy, finding in a new report that on-demand AV transit can increase the upward social mobility of low-income households.

SmartCitiesDive, sharing some concerning data that US roadways’ vehicle miles traveled (VMT) are effectively at pre-pandemic levels, which isn’t good news with the virus still spreading.

The Atlantic, highlighting new data that shows how massive gaps in equality still separate white people from people of color across the United States’ metro areas.