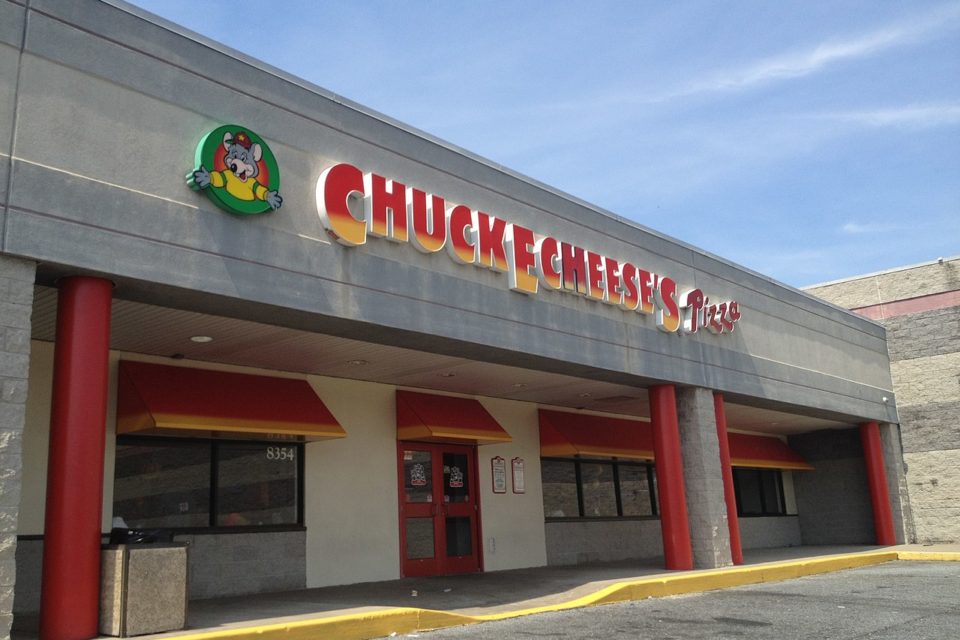 Happy Tuesday, everyone! We hope our American audience had a relaxing Memorial Day weekend, and maybe even some quality (and socially distanced, of course) outdoor grill time. Back in the world of transportation, we’ve seen the continued spread of pedestrian-minded street closures, coronavirus complications causing more job cuts, and chain restaurants hiding behind new names to attract delivery customers… Meanwhile, Amazon is entering the food delivery market in India, and the fierce game of chicken between Tesla and California’s Alameda County is finally over. What a week! 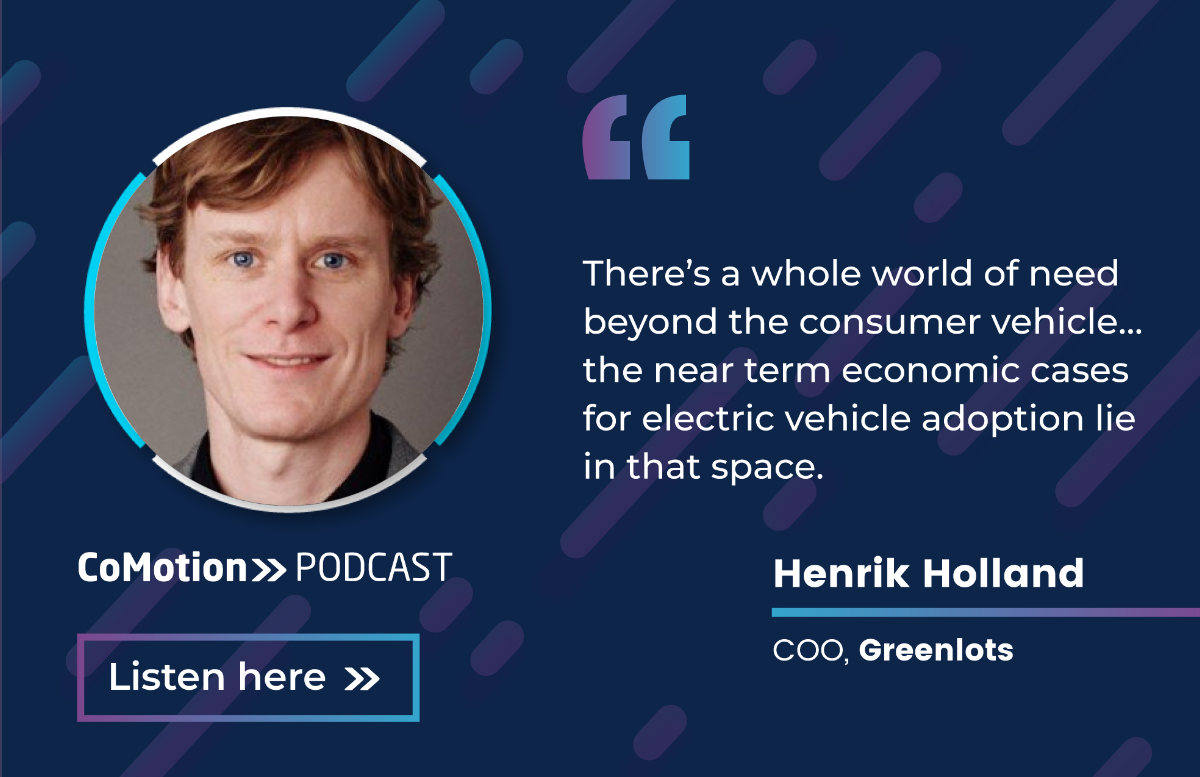 Episode 67. Greg Lindsay sits down with Henrik Holland, COO of Greenlots, to discuss the burgeoning future of electric charging as EV adoption drives forward. Greg also chats with Jonah Bliss about cities creating open streets, the new face of food delivery (and how some restaurants are rebranding on delivery apps so as not to dissuade more discerning customers — we’re looking at you Chuck E. Cheese), and other happenings of the week. Listen here.

Open streets come to the Middle East: in Israel, the Tel Aviv-Jaffa Municipality is shutting 11 popular thoroughfares to vehicular traffic, converting them into pedestrian zones. Like many other cities pioneering similar initiatives, the aim is to provide citizens more space for social distancing, while reducing reliance on private vehicles once lockdowns ease.

The EV that never was: after killing its electric car concept back in October, Dyson is finally releasing details of the mysterious project. The sleek seven-seater would have had a whopping 600-mile range, double that of Tesla’s Model X, and would hit 0-62 mph in 4.8 seconds. Oh well…

Uber’s cuts continue: the world’s leading TNC just announced the departure of an additional 3,700 employees, the closure of 45 offices and the re-evaluation of “experimental, non-core activities.” Since the start of the month, the company’s cut its headcount by nearly 25%. We’re wondering what exactly falls under that “experimental” category; could Uber’s play to dominate urban airspace – Uber Elevate – be next up for the axe?

Old cars, outdated software, and mismanagement: Hertz has filed for bankruptcy protection. After a series of strategic missteps over the years, the iconic car-rental brand fell behind competitors and found itself riddled with debt. The knock-out blow? The coronavirus-led economic downturn.

Put that torque to good use: a key part of advancing EV adoption is making sure the cars are compelling to drive. As such, Volkswagen plans to market a lineup of high-performance EVs under its sporty R badge. A VW board member said that “the future of R needs to be and will be electric.”

But will they deliver the ball-pit? Highlighting how quickly the pandemic has reshaped the restaurant industry, companies not known for take-out are adopting new brand names to better stand out in the delivery wars. Now you can order pizza from Pasqually’s Pizza & Wings, formerly known as Chuck-E-Cheese. Meanwhile, Applebee’s is making deliveries under a new, not particularly inspiring brand: Neighborhood Wings.

From last to first? Streets For All’s Michael Schneider has a plan for how LA might remake itself as North America’s most bike-friendly major city. Here’s hoping.

Sustainable shipping: Miami is partnering with shipping giant DHL and the logistics wizards at Reef Technology to launch an innovative e-cargo bike pilot program. The low-power e-assist cargo bikes will be used to make deliveries across the city, reducing pollution — and the courier’s carbon footprint.

COVID cuts continue: caught in the recent wave of Indian downsizings, ridehailing unicorn Ola has laid off 1,400 staff members, after revenue dropped 95% in the past 2 months. Departing employees will walk away with an extra three months’ worth of salary.

Hey Alexa, where’s my tiffin? Amazon is known for disrupting challenging industries, and it looks like Indian food delivery may be no exception. Despite recent cuts at Zomato, Swiggy, and Uber Eats, “The Everything Store” looks to be launching a new delivery service in Bangalore.

Pumping the brakes: Senate Democrats penned a letter to the FTC and DOJ, asking that they “closely monitor the negotiations” between Uber and Grubhub and launch an antitrust investigation should the deal go through, as the newly combined company would control a majority of the market.

Playing nice again: Tesla has officially dropped its lawsuit against California’s Alameda County, after repeatedly butting heads over the closure and contentious reopening of its Fremont factory. Seems the company and county are finally at peace… for now.

But are they still all going to be Teslas? BloombergNEF’s just released annual Electric Vehicle Outlook is forecasting that by 2040, 6 out of every 10 cars sold will be electric — up from less than 3% today. Maybe this good news will keep Elon off Twitter for a few minutes… uh, no.

No ponies for Poland: due to COVID-19 disruptions at its manufacturing plant, Ford’s Mustang Mach-E won’t be delivered in Europe until early 2021. Dearborn’s focus is on domestic deliveries, with U.S. customers still set to receive their new EVs later this year. Can’t wait to see these on the road…

Paging George Lucas: autonomous aviation startup Xwing is unique in the UAM space as it’s aircraft agnostic, focusing on AV flight systems, as opposed to hardware. With a planeload of fresh capital, the company is now hoping to secure FAA approval and kickstart commercial operations later this year.

Fear of the unknown? A new study surveying 1,200 adults across the U.S. found that nearly three in four Americans say autonomous vehicles are not ready for primetime. Of those surveyed, almost half said they’d never get into a self-driving taxi. Given that this survey took place before the coronavirus outbreak, we’re curious what those numbers would look like today…

Unlimited scooting: eager to win back riders, Lime offered up new day pass pricing just in time for Memorial Day weekend. What other marketing ploys do they have up their sleeve?

Another set of solid reasons to ditch your car: a new study of over 300,000 commuters in England and Wales found that cycling to work can reduce the risk of early death from heart disease or cancer by up to 24%.

Well that design is certainly… unique: choosing function over form, and aiming to be as portable as possible, Japanese researchers have created an inflatable e-scooter that fits into an average backpack. It even comes with an electric pump to save your breath. Don’t wear anything sharp while on it, though.

Healthy heads: as people return to the streets and more commuters look to travel on scooters and bikes, Berlin-based Tier is looking to keep riders safe: the micromobility operator is adding foldable helmets to 5,000 scooters in Paris and Berlin.

Big money moves: Chinese ride-sharing giant Didi and goods delivery company Meituan both made significant investments in e-bike rental and utilization with both companies each placing 1 million unit orders for e-bikes and batteries. A million e-bikes here, a million e-bikes there… now those are serious numbers.

Similar boom across the pond: as the lockdowns ease, bike rentals in London smashed records: shooting up by 60% (as compared to a year ago) to nearly 100,000 weekend riders.

Smithsonian Magazine, sharing how cities plan to keep traffic down when lockdowns lift.

Politico, covering how the coronavirus is changing public transportation as riders flee.

NY Daily News, reporting on how Gov. Cuomo and the MTA tapped low-wage, uninsured workers to scrub the subway for coronavirus.

SmartCitiesDive, covering the CDC’s three steps for a gradual return to transit operations.

Curbed, opining that slow streets are the path to a better city.

Week in Review: What does Build Back Better mean for mobility? 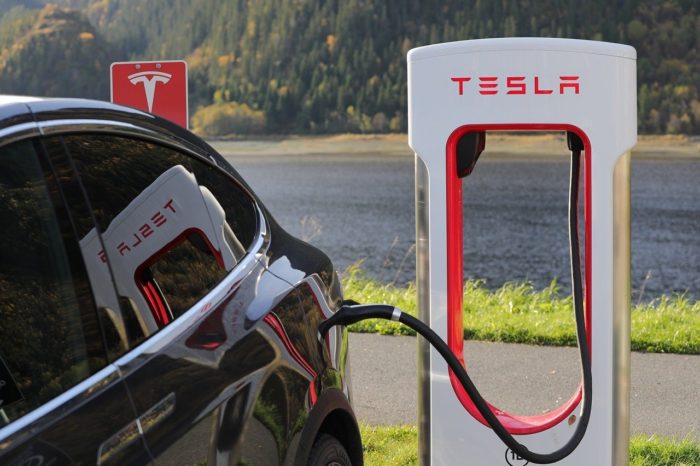