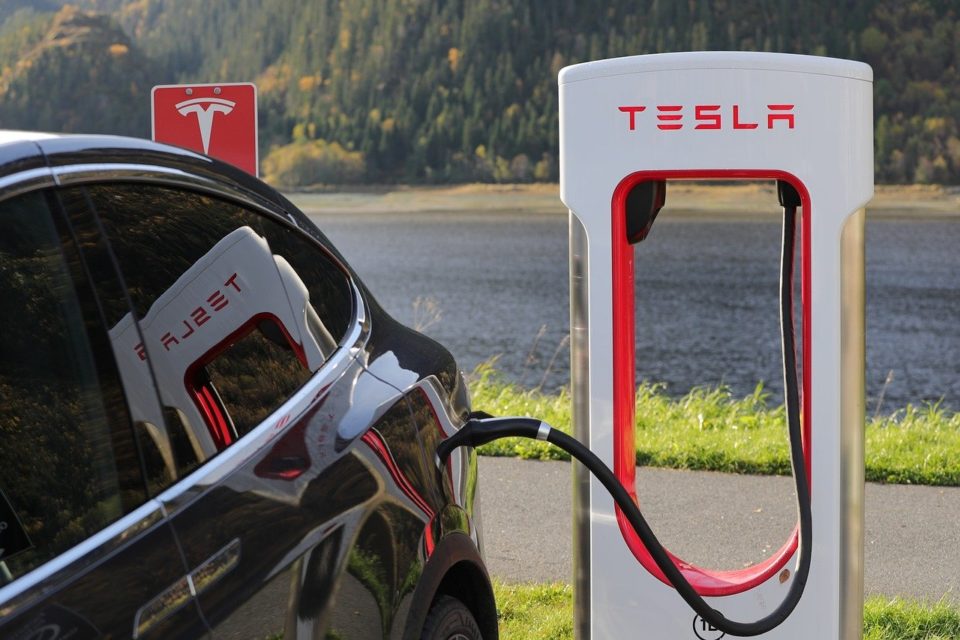 Hello dear readers, welcome back to another edition of CoMotion>>NEWS. The world of mobility is still rolling with the COVID punches, with tensions in America ratcheting up a notch as citizens took to the street to demand justice and accountability. We’ve also seen Uber import one of its Indian offerings to the US, Tesla end free supercharging for select customers, and Amazon continue its push to dominate the fields of autonomy and electrification. There’s big news across the globe as well, with Estonia’s Bolt raising an eye-watering $109 million, Taiwan’s Gogoro revealing a sleek new e-bike, and electric taxis launching in Zimbabwe. Read on for more! 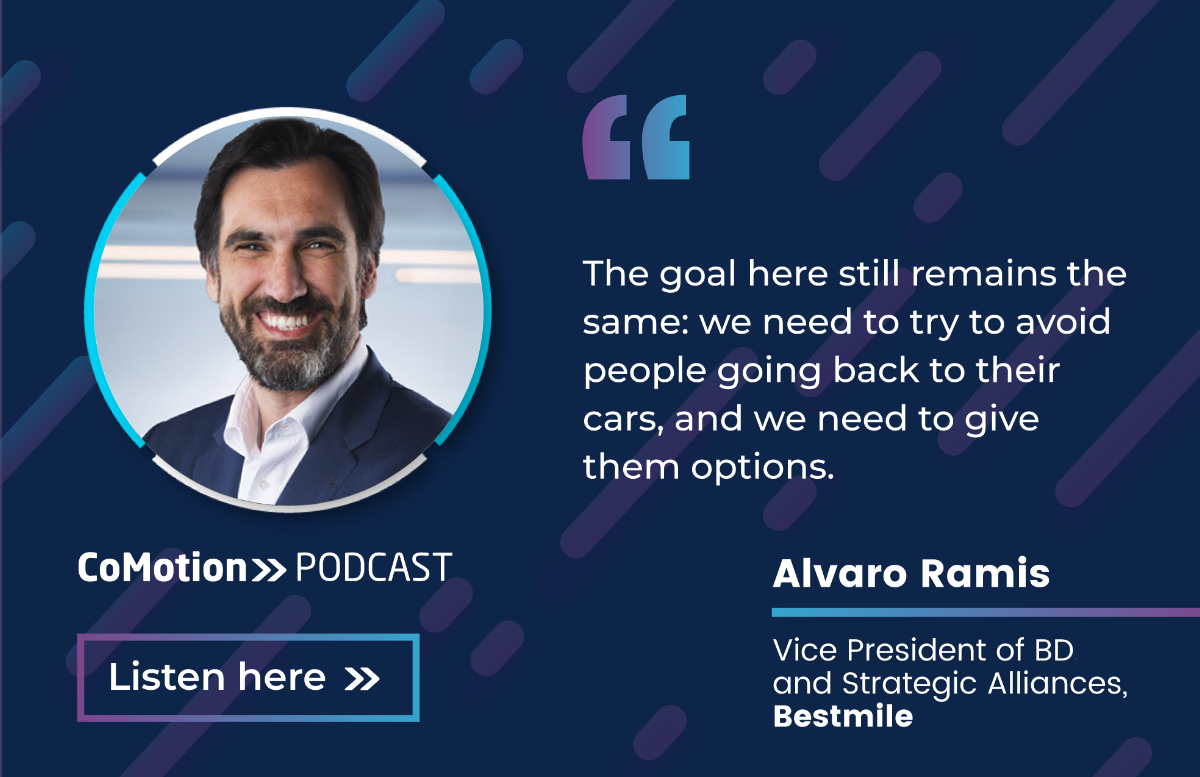 Episode 68. John Rossant sits down with Alvaro Ramis, Vice President of BD and Strategic Alliances at Bestmile, to discuss how the COVID-19 crisis will reshape the future of urban mobility. Greg Lindsay and Jonah Bliss also chat about car rental stalwart Hertz going under, Uber trashing thousands of JUMP bikes, Amazon moving into autonomous delivery, and other happenings of the week. Listen here.

Whose streets? Protests flared this past weekend, as Americans took to the streets to demand justice and accountability for the systemic mistreatment of marginalized communities. No street can truly be “open” or safe, until it belongs equally to everyone, regardless of race.

Hire a private driver: with traditional ridesharing faltering, Uber just released a new feature, Uber Hourly, that allows users to hire a driver by the hour. For $50/hr, riders can make as many stops as they want. This is one global innovation that has finally made its way to the US, as similar features, such as uberHIRE and Ola Rentals, have long been available in India.

Resonating effects: as bus and rail ridership is down 70% since Los Angeles’ stay-at-home orders went into effect, LA Metro is projecting that it will lose $1.8 billion through the upcoming fiscal year, ending in June 2021. The transit agency is predicting it could take two years to return to pre-pandemic levels. The agency says it’s still doing relatively well, compared to most other transit operators. However, LA Metro has recently come under fire after shutting down service as protests spread across the county, yet still provided buses to LAPD to transport arrested protestors, which some called a misuse of public transit.

This one’s for the Elon fans: Cybertruck meets Boring Company – watch Jay Leno take Tesla’s new pickup under the streets of LA. Looks like the future is already here.

Well that’s surprisingly magnanimous: Uber UK is aware of how hard hit its drivers are during the pandemic, so it’s launched a Work Hub that allows drivers to view temporary work opportunities… from other companies. Meanwhile, on the corporate side, Uber India just cut 25% of local staff.

A glimpse of the future: BMW’s 2024 M5 is going electric. Given the recent cancellation of the Vision M Next and elimination of a US release for the iX3, it’s good to see Munich is still committed to EVs.

It’s the first of its kind in the US: be a part of our partner Los Angeles Cleantech Incubator’s Zero Emissions Delivery Zone, an initiative created to support zero-emissions last-mile delivery in Santa Monica. Apply here.

Along its path to world domination: Amazon is looking to buy AV operator Zoox, reportedly at a steep discount from the company’s previous $3.2 billion valuation. The delivery giant is also expecting to see its much-anticipated new electric delivery vans arrive later this year, as Rivian has reopened its Illinois factory. Add in The Everything Store’s previous investment in Aurora, and it sounds like Bezos has some grand ambitions in the mobility space.

Stealth mode deactivated: newly-revealed San Francisco-based Archer is developing an eVTOL with aspirations of launching an air taxi service. The company has a strong pedigree, with engineers from the likes of Joby, Airbus Vahana, and Wisk.

Zipline a lifeline: California-based drone delivery company Zipline is delivering medical supplies and PPE to a medical center in Charlotte, NC. Entirely contactless, the drones are making 20-30 mile round trips, carrying up to 4 pounds of cargo, while traveling up to 80 mph.

Contactless cough medicine: CVS is teaming up with Nuro on a pilot that will see autonomous delivery vehicles make prescription deliveries in Houston next month. The contact-free deliveries will be free and fulfilled in 3 hours or less. Why risk exposure to all those nasty pathogens by actually venturing to a pharmacy?

Phoenix by the Huangpu? A new $500M investment from SoftBank will help China’s Didi accelerate the launch of driverless vehicle operations. The TNC plans to deliver a fleet of robo-taxis to Shanghai “very soon.”

Not so green: even as Lime is integrating thousands of Uber’s JUMP bikes into its fleet, untold more are meeting an untimely end. Videos are being shared online of heaps upon heaps of Jump bikes being sent to the crusher, instead of being reused or recycled. An Uber spokesperson stated: “We explored donating the remaining, older-model bikes, but given many significant issues—including maintenance, liability, safety concerns, and a lack of consumer-grade charging equipment—we decided the best approach was to responsibly recycle them.”

Getting back on the bike: to help mitigate post-COVID car snarl, Beijing’s major bike sharing platforms Meituan Dianping, Alibaba Hellobike and Didi Chuxing Qingju are offering free rides during rush hour. We like.

United Bikedom: finding yet another way to get people cycling, the UK will offer 500,000 £50 bicycle maintenance vouchers to help up to half-a-million people drag bikes out of retirement.

CityLab, offering advice on how to safely travel on mass transit during coronavirus.

The Drive, with the incredible story of the US Army’s gargantuan off-road land trains.

Curbed, asking if New York City has given up on its public transit.

SmartCitiesDive, suggesting congestion pricing is crucial for cities to build a sustainable future for mobility.

Smithsonian Magazine, sharing how some cities are planning to keep traffic out once lockdowns end.

Forbes, showing that as cities are reopening, traffic and oil demand is returning, which is causing oil prices to rally.

StreetsBlog USA, explaining how rush hour transit demand has plummeted during the pandemic — but midday demand is left unchanged.

Wired, dissecting how transit is crucial for many, and asking if it can weather COVID-19. 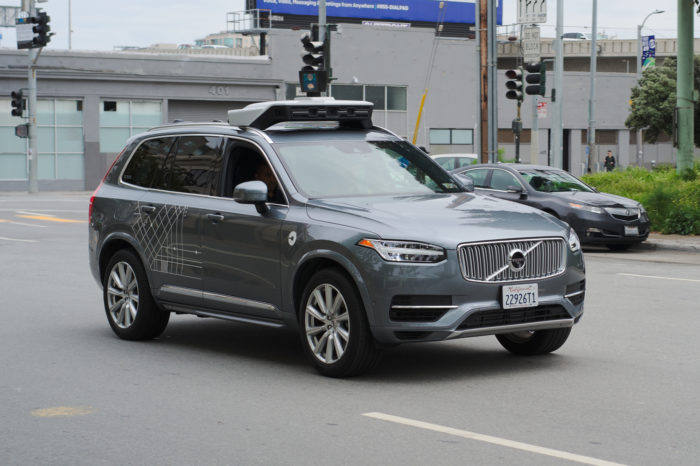