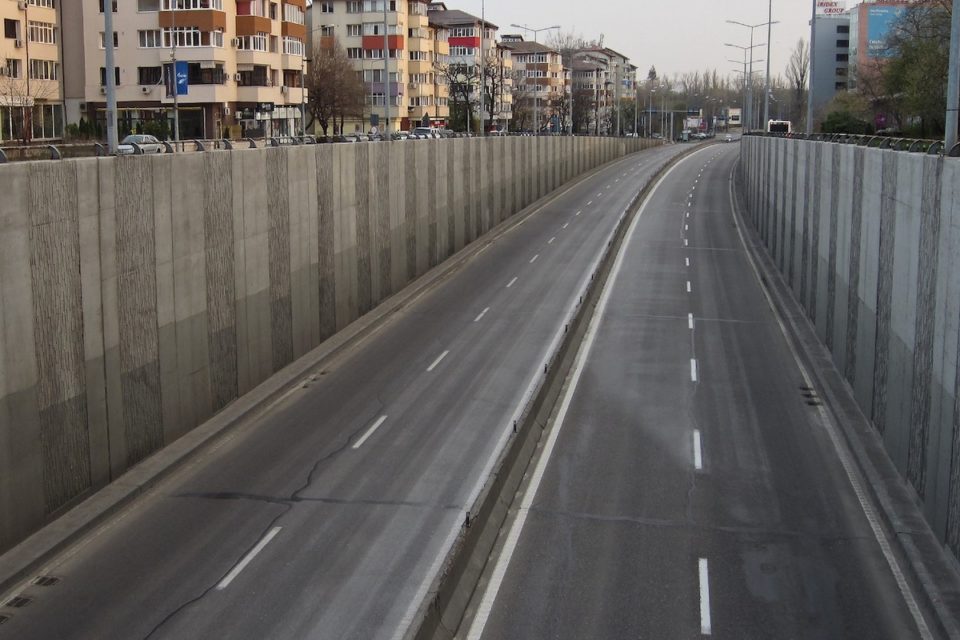 As people have been staying at home for weeks now, the skies above major cities are the clearest they’ve been in decades, bird song is seemingly always in the air, and in a welcome respite for overtaxed healthcare systems, car accidents are way down. The reason why is straightforward: people are driving less. Researchers from the UC Davis Road Ecology Center found that since California enacted its stay-at-home order on March 19th car crashes have been halved since the same time last year.

In fact, according to insurance claims data from Snapsheet, an automated insurance-claims processor, auto accidents are down 40-50 percent nationwide. And that’s just for personal vehicles; claims for commercial vehicle accidents are also down 30-40 percent, which is all the more impressive given that commercial delivery has surged.

In both Washington D.C. and New York, state police have reported 30 percent fewer car collisions in March than the same month last year. In New York City alone, a year ago there were 16,000+ accidents in the month of April (which climbed to 19,000+ in May). Now, as of April 23, there have been only 2,394 collisions. 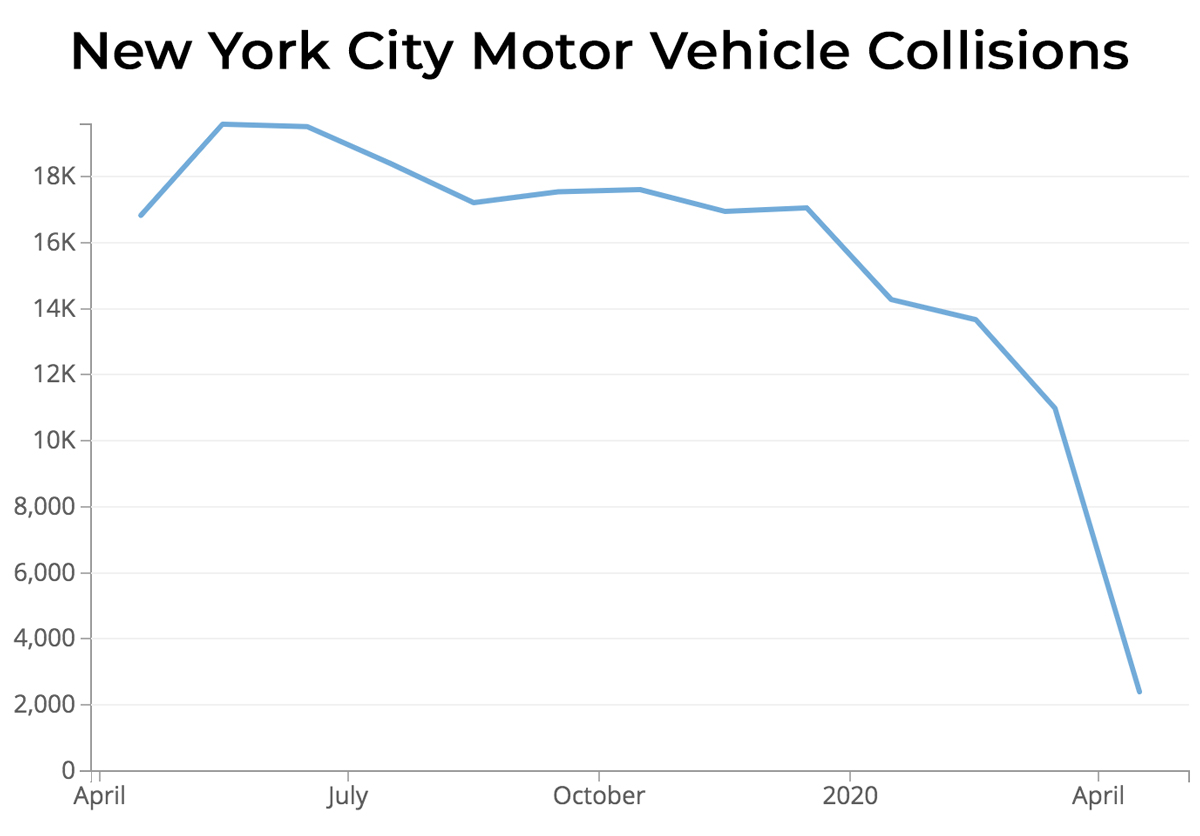 With less traffic on the roads, there has been one very unwelcome side effect: people are speeding more. This has, in some locales, led to more fatal crashes, even though collisions are still down overall. (Higher speed = less chance of surviving a wreck.) In Chicago, the Northwestern University Transportation Center is tracking accident data as it relates to the COVID-19 pandemic. In the first week of March, there were 2,063 car accidents in Chicago. After the federal government declared a national emergency, and Illinois issued stay-at-home orders, Chicago’s auto accident numbers dropped down to 803 in just the first week of April. The bad news is that despite that decline in crashes, there was an increase in the severity of injuries in those crashes, especially those that involved pedestrians. The researchers believe this is due to the fact that drivers are speeding more often as the Windy City’s streets are emptying.

Across the pond, Transport for London found that since March 20th, there have been fewer crashes and a 68 percent drop in deaths/serious injuries. However, the potential for fatal accidents is still high, as Londoners are pushing the speed limit as well. In one particularly extreme case, a driver was caught going 134 mph in a 40 mph zone, thankfully he was stopped before causing any damage.

We’re getting a glimpse of a world of different possibilities; a world with fewer cars and therefore fewer accidents — as long as cities can reign in the speed demons. 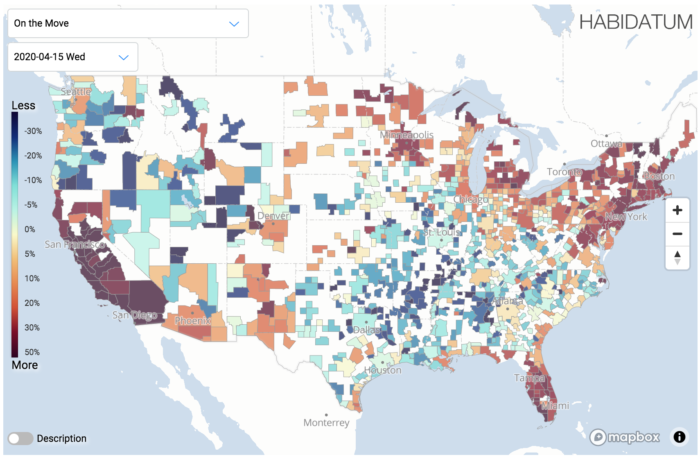 Dwell-Time Data Insights for COVID-19 Recovery in US Cities