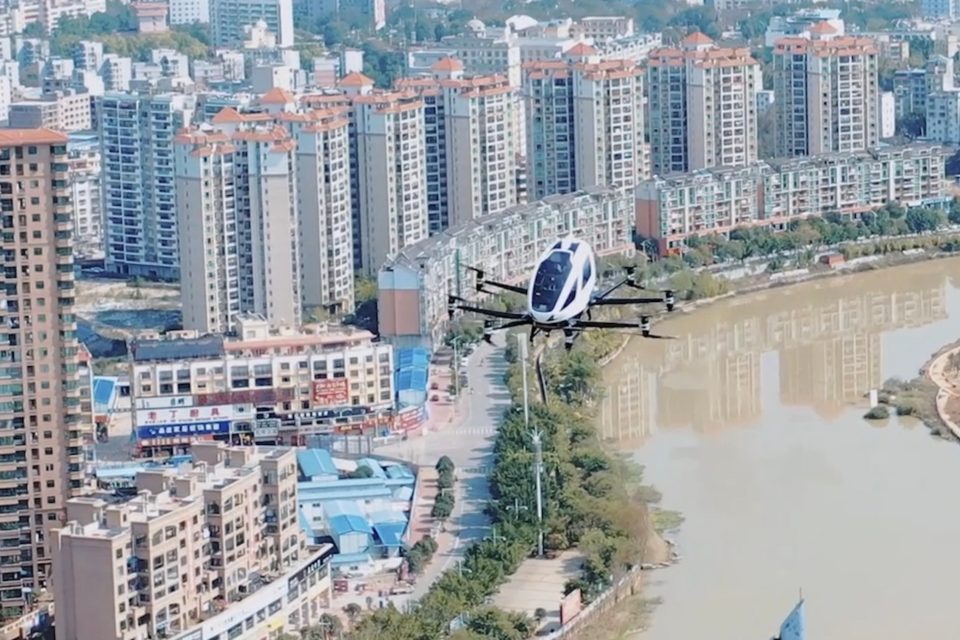 Like the wheel of a bike, another week has come and gone as the world spins on. We know it’s all over the news and on everyone’s minds: coronavirus. Sure, people are freaking out and we’re now seeing a slowdown in manufacturing across all sectors, but, hey, it’s making for some great new mobility use cases: China’s EHang is using its eVTOL to shuttle medical supplies from its home base to a nearby hospital (with future aspirations of becoming an aerial ambulance). In other mobility news, Citroën’s Ami is going on sale  in France this Spring, allowing drivers as young as 14 to jaunt around in the tiny, two-seater EV for a ridiculously low monthly rental price of $22. Gig economy companies, like Uber, Postmates and more, are pooling tens of millions of dollars to get a new initiative on California’s ballot that would effectively exempt them from AB 5. And in Florida, there’s some exciting news for emerging mobility companies: 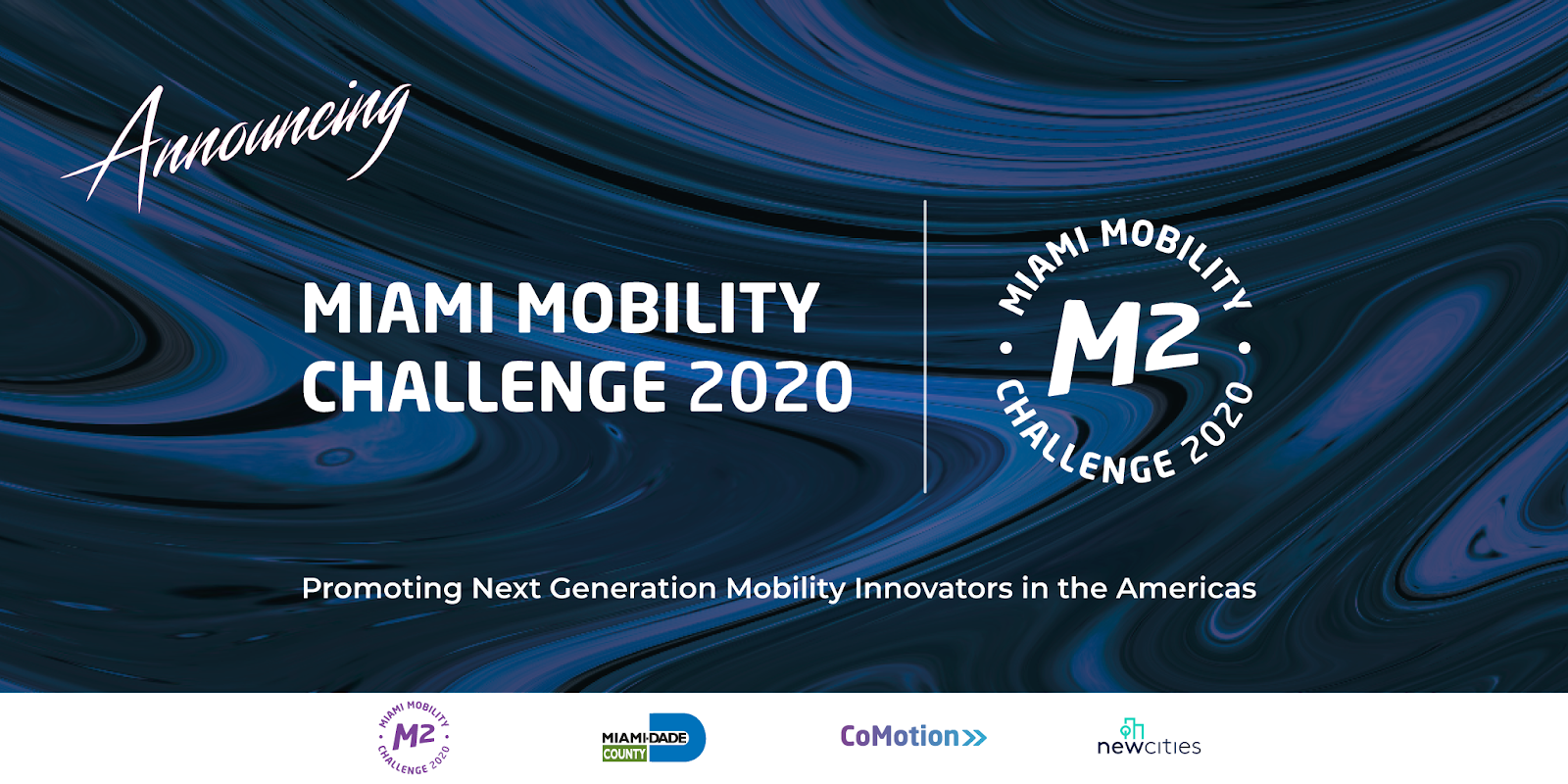 Announcing the Miami Mobility Challenge – a civic startup competition, focused on bringing together both cities and innovators from across the Americas to tackle the urgent challenges of urban mobility. The inaugural edition of the Challenge assembles five semi-finalists who will pitch their innovations to venture capitalists and key public and private stakeholders at CoMotion MIAMI. A joint initiative of CoMotion MIAMI, Miami-Dade County, and The NewCities Foundation, finalist companies will earn a coveted slot on the CoMotion MIAMI main stage, where they’ll get to demonstrate their vision to a who’s who of mobility decision makers, civic leaders, VCs, journalists, and more, with the grand prize winner getting to preview a pilot of their solution with Miami-Dade County. Apply today.

On-Demand Public Transit Is the Key to Solving the Mobility Crisis, Study Shows. In an exclusive Mobility Perspective, Via’s Andrei Greenawalt runs the numbers to show how cities can curb congestion by up to 30% — seriously. Read it here.

So, did Boston’s Big Dig teach you nothing? Grappling with a crumbling Brooklyn-Queens Expressway, the NYC City Council is proposing an $11B replacement tunnel. With a majority of New Yorkers commuting by public transit, wouldn’t that cash be better spent on say… upgrading or expanding the subway? Just asking.

Rethink urban mobility: Citroën’s Ami is a tiny two-seat electric “car” set for release in Europe this Spring. Technically a “light quadricycle,” drivers don’t actually need a license and can be as young as 14 (in France). Also tiny: its $22/month rental price. We’ll probably order a few for the CoMotion offices…

End of an era: Uber Eats is losing the leadership of the man who pioneered the creation of the division back in late 2015, as Jason Droege, Vice President & Head of Uber Everything, is resigning. Now it’s up to Uber’s former Vice President of International Rides to step up and helm the food delivery arm on its quest towards profitability.

Put 3 horns on that self-driving Unicorn! Pony.ai hits a $3B valuation, with Toyota leading the latest funding round. Following recent investments in Didi Chuxing and Joby Aviation, it looks like the automaking giant is looking boldly towards the future.

The war wages on… Uber, Lyft, DoorDash, Postmates and Instacart are ramping up the fight against California’s AB 5, pooling $110 million to support their “Protect App-Based Drivers and Services Act.” After gathering 1 million signatures, Californians can expect to see the initiative on their ballots come November.

Double-decker dreams: Along with recent plans to expand the Metromover to Miami Beach, Florida may double-deck a highway connecting the resort city with Miami proper. However, detractors fear the plans will simply dump thousands of cars into Miami Beach and cement the city’s car-dependency.

Fight fire with electricity: Los Angeles is going to put an electric fire truck into service next year—the first in North America. With two hours of battery-only power followed by a diesel hybrid mode, the truck is a critical early step towards LA electrifying its entire city fleet of vehicles by 2028 and its garbage trucks by 2035.

Mobility Moment: In the latest edition of our Mobility Moment, our own Jonah Bliss and HaveAGo’s Terenig Topjian take a look at the impending future of pod cars and Brazil’s big bike build-out.

The autonomous taxis are coming in California, sort of: Joining the ranks of AV operators like Zoox and Aurora, GM’s Cruise recently scored the highly coveted California Public Utilities Commission permit that will allow it to transport passengers in its autonomous vehicles—as long as there’s a safety driver and the rides are free. Sounds like a bit of a caveat…

Arabian heights: Dubai, as always is looking to the future with its latest transit innovation: Skypods. This cable suspended “skyway” promises a quick construction time, light footprint, and, perhaps, a compelling alternative to traffic.

Combating coronavirus: One of the most immediate use cases for eVTOLs is disaster relief. In China, EHang’s autonomous eVTOL successfully transported medical supplies from its home base to a nearby hospital. The next planned use case? An aerial ambulance. 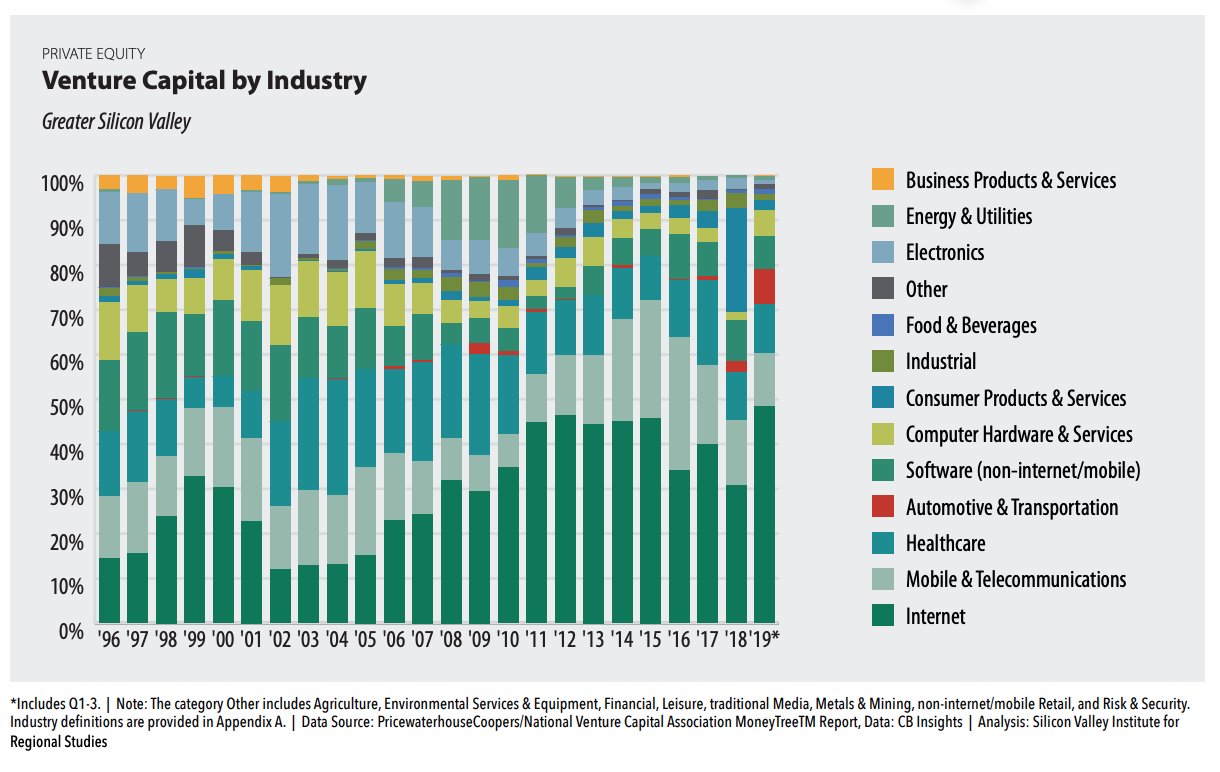 VCs love EVs and AVs: Looking at industries in the Bay Area and their venture capital growth year over year, the Automotive & Transportation sector has seen substantial investment injection as of late. (Chart hint: look for the red.)

Spin spreads: As other operators are downsizing and exiting markets, Ford’s e-scooter company, Spin, is launching a fleet outside of the US for the first time. Starting in Germany this spring, Spin is rumored to also have eyes on France and the UK as well.

Scooter shrinkage: LA-based Wheels, the startup that provides minibike-looking seated scooters, is the latest micromobility operator to feel the squeeze. About 6% of the company is being laid off and it’s exiting Cleveland, Salt Lake City, and Chicago. More evidence that cold weather cities are a tough market for shared mobility.

Bird feeder: To placate irate business owners tired of cluttered scooters outside their storefronts, Bird is testing an in-app mobile payment solution: Bird Pay. With 58% of rides starting/ending in front of shops, the hope is to push riders (and their money) into local stores.

But in Texas, meanwhile — it’s swing… and a miss: In 2011, Dallas pledged to build 1,300 miles of bike routes in a decade. With just one year left, the city appears to be falling short of its goal, by a whopping 89%. Guess “everything’s bigger in Texas” doesn’t apply to bike lanes?

Top-off: European scooter sharing provider Tier has grown its Series B by $40 million for fleet expansion, vehicle development, and a stronger management team.

Two, cute: Swiss Microlino shows off an adorable micro EV with car-like features in a tiny package, as well as a cute three-wheeled electric scooter built for stability, up to 62 miles of range, and no need for a motorcycle license.

But where are the bike lanes? While Lego city sets feature a rich collection of urban elements, bike lanes are oddly missing, while car lanes dominate…and executives aren’t even fazed. Apparently Lego cities also come with their own tiny NIMBYs! Funny considering Lego’s home country of Denmark is the most bike-friendly nation on the planet…

Curbed, reporting that American intersections are too dangerous and how cities can fix them.

CityLab, asking why would a bike shop fight a bike lane?

GovTech, trying to figure out what cities can do about congestion from ridesharing.

CleanTechnica, wondering what could happen if we had free public transit.

SmartCitiesDive, exploring a study that shows ride-hailing creates 70% more pollution than the trips it replaces.

Wired, highlighting the brutal reality of life inside one of the world’s most polluted cities.