Big tech sees the successful and expensive ballot initiative as a huge win, but it may be the opening skirmish in a larger fight over gig worker rights

While the full impact of the 2020 election is just beginning to come into focus, Uber, Lyft, and other tech firms in the gig economy notched a clear victory. Proposition 22, a California ballot initiative that creates special labor regulations for workers of rideshare firms and delivery companies like DoorDash and Instacart, was decisively approved by voters with a 58-41% margin. Silicon Valley sees the win as both a mandate in its battle over labor rights, and a loss to organized labor, which fiercely fought against the initiative’s passage.

Uber CEO Dara Khosrowshahi said passage will set a global template for labor relations going forward. The victory was an endorsement of the firm’s “third way” approach to flexible pay and benefits, and the company will “loudly advocate” for similar policies in other states. “California voters have spoken, and they stood with more than a million drivers who clearly said they want independence plus benefits,” said Lyft Chief Policy Officer Anthony Foxx, former U.S. Secretary of Transportation under President Obama.

Prop 22 was a direct response to the passage of AB5, a California state law signed in September 2019 that was aimed at the gig economy. It mandated that many independent contractors be reclassified as employers, with commensurate benefits and the right to unionize. Prop 22 creates an exemption for workers at Lyft, Uber, and other related firms, who will now remain independent contractors.

While the initiative mandates flexible health-care subsidies and disability protections, these benefits aren’t as robust as those required for full-time employees; Prop 22 doesn’t give them access to paid leave, unemployment insurance, or worker’s compensation. They can’t unionize andand they have a low guaranteed wage.

Melissa Berry, managing editor for The Rideshare Guy blog, a resource for the industry’s workers, says that Uber and Lyft successfully sold their narrative to the public: that drivers want flexibility and independence and riders want low fares and no disruptions to a service they depend on. A survey the site conducted with drivers found 60% in favor of Prop 22, though Berry did qualify the results, saying that most respondents were part-time drivers, who often obtain healthcare benefits via a partner.

“This is the third way these firms have repeatedly spoken about, and what they proposed at the federal level,” she says. “Let workers set their own hours and we’ll offer them portable benefits, but they can’t unionize or gain full employment status. With Prop 22 passing in California, they see it as a fairly big win, and think other blue states can pass it, too.”

But as the firms bask in their win—in the days after the election, stock prices for both Uber and Lyft closed higher, roughly 15% and 11%, respectively—is it truly a mandate?

Steve Smith, communications director of the California Labor Federation, said that the lopsided spending over the ballot measure—tech firms spent more than $200 million, or 20 times that of labor—made it the most expensive such campaign in American history. And even though labor was outspent and ultimately defeated, the push against the law galvanized worker organizations and coalitions, which may make passage of Prop 22 a Pyrrhic victory for tech companies. Smith and other organizers believe it could be seen, in hindsight, as the first skirmish in an elevated battle over worker’s rights in the gig economy.

“The post-mortem for this is pretty easy,” says Smith. “Any company willing to spend north of $200 million for favorable legislation has a good chance of winning.”

What is clear after Prop 22’s passage is that tech companies feel a renewed sense of confidence pushing their “third way” labor policies in other states, via ballot measures or new statewide laws, and even on the federal level. In DC, Coalition for Workforce Innovation (CWI), a lobbying group that includes Lyft and Uber, will likely continue to push hard against any action from Congress or the incoming Biden administration.

Only 26 states allow some form of ballot initiative, but Uber and others have a long history of successfully pushing for friendly legislation at the state level. In Texas, for instance, when Austin passed legislation in 2016 that Uber and Lyft didn’t like, the rideshare startups proceeded to lose an expensive referendum campaign to overturn the rules, then ended up aggressively lobbying lawmakers at the statehouse to pass state legislation that superseded local regulations. Future campaigns will likely reuse the tactics that proved successful in California, such as forming advocacy groups—for instance, Lyft formed Illinoisans for Independent Work back in June—and spending extensively on advertising.

Smith argued these lobbying groups and their messaging in California was misleading and made many voters see Prop 22 as more pro-worker than it actually was. A survey of voters found that 40% who voted for Prop 22 felt they were helping worker’s rights. Proponents also used their apps as means to motivate users to vote in support of the services they use. Uber drivers had to click through pro-Prop 22 messaging before being able to use the app.

The post-mortem for this is pretty easy. Any company willing to spend north of $200 million for favorable legislation has a good chance of winning.

An increasing number of states are likely to take up worker classification laws in 2021 and 2022. Berry from The Rideshare Guy already sees a few future potential battlegrounds in blue states.  Regulators and courts in New York, Massachusetts, Illinois, and New Jersey have found at least some drivers for these services need to be considered employees for them to be eligible for unemployment benefits, and Massachusetts is both suing the rideshare firms over employee misclassification and pushing for a law similar to AB5. DoorDash actually listed the passage of Prop 22 as a risk factor for its upcoming IPO, explaining that it does add new benefit costs, and will likely inspire other states to take up the issue.

“The passing of Prop 22 eases some of the overhang over Uber and Lyft and should enable these companies to maintain low prices and high growth,” says Asad Hussain, a mobility analyst at Pitchbook. “However, we believe labor regulation will remain a battleground issue over the long term. Ridesharing businesses are likely to be impacted by regulation in other US states such as New York and Washington targeting the use of gig economy workers.”

The incoming Biden administration is also expected to have a different posture around the gig economy, says Smith, after the Trump administration repeatedly ruled in favor of independent contractor classification for Uber and other firms. New leadership at the National Labor Relations Board (NLRB) is expected to be more pro-union and pro-worker, and Democrats may try to pass the PRO Act, worker’s rights legislation called a “federal AB5” by opponents, depending on the outcome of the January Senate runoffs in Georgia. Berry expects both companies to lobby strongly against federal action.

Smith’s organization will be sharing its experiences and partnering with other unions and the AFL-CIO to fight against any similar bills or ballot measures, seeking to protect worker rights and increase wages. A survey by Gridwise, a third-party app for rideshare and delivery drivers, found California gig workers earned an average of $18.37 an hour for rideshare, and $16.57 an hour for food delivery.

There’s also a legal challenge expected over some of the language in Prop 22, specifically a clause that mandates that any changes to the rules laid out in the ballot initiative must be passed by a seven-eighths supermajority, seen by opponents as an illegal maneuver to rewrite parts of the state constitution.

The Prop 22 fight also galvanized labor organization among drivers, says Smith, forcing more workers and voters to pay attention to the issue. More than 50,000 gig workers have joined groups in California alone, he says, and groups such as We Drive Progress, Mobile Workers Alliance, Rideshare Drivers United, and Gig Workers Collective have seen increased levels of action and organization since the campaign started. This will only “intensify the fight,” says Smith, one that appears to be far from over.

“This is really a question of the future of work in America, about precarity and instability,” says Smith. “Do we want to support jobs that provide basic protections we think all workers deserve?” 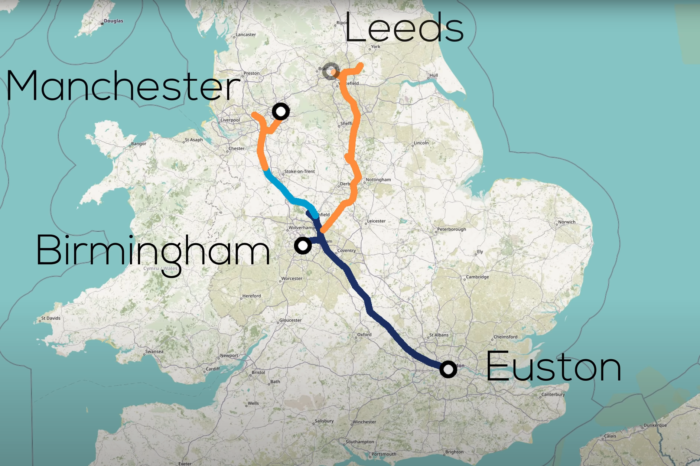