Where the Robots Meet the Road

This summer, an oddly-named startup named Cavnue was chosen by the state of Michigan to build nothing less than “the future of roads” — a 40-mile corridor running from downtown Detroit to Ann Arbor. Renderings depict “smart curbs” automatically reserving spaces for passenger pick-ups and drop-offs, separated highway lanes for connected- and autonomous vehicles only, and an operating system to control the flow of AVs.

Not pictured is the continuous road tolling necessary to both tame congestion and pay back the enormous investment by a public-private consortium including Ford Motor, the University of Michigan, and Cavnue’s deep-pocketed backers. The ready-baked company is a spinoff of Sidewalk Infrastructure Partners (SIP), which is in turn a subsidiary of Sidewalk Labs — the Alphabet-backed smart city developer still smarting from pulling the plug this summer on its vociferously opposed waterfront Toronto project.

It should come as no surprise Alphabet now intends to bypass cities for private highways — its nascent AV business is already worth $30 billion on paper and the world’s largest toll operators, such as Spain’s Ferrovial and Brazil’s Albertis, are worth tens of billions themselves. Coupled with Alphabet’s expertise in behavior tracking and dynamic pricing — the technology at the heart of Google’s ad business — one can start to imagine how they might be more profitable still.

That’s great for investors, but for the rest of us, it could be a problem. As governments around the world scramble to plug the massive holes in their budgets caused by coronavirus, austerity is the order of the day. Simultaneously, tech companies have exploded in size and importance during the pandemic, with hundreds of billions of dollars in cash already on their balance sheets.

The temptation to let tech giants pave the way (in the case of Cavnue, quite literally) to a new generation of semi-privatized infrastructure may be irresistible. But it also runs the risk of embedding inequity even more deeply.  A world of autonomous highways will be safer, no doubt, but for whom? Building a future that shares the benefits of AVs equally will require navigating several pitfalls governments are ill-equipped to even recognize, much less avoid.

The first is all but giving away the right of way without understanding its true value. This isn’t necessarily a technology problem, but future-proofing public-private partnerships is even harder in the face of disruptive tech. For example, the gold standard of such terrible deals is the city of Chicago’s decision in 2008 to sell 75 years of parking meter revenues to a consortium of sovereign wealth funds for $1.15 billion. The new owners more than doubled rates, earning back their investment in barely a decade, with 60 years of profits to go.

Now imagine that for sidewalks. Amazon and FedEx are drafting legislation in more than a dozen states to legalize delivery robots on pedestrian paths — for free. The value of that pavement is literally incalculable. One solution is to extend the logic of congestion pricing — used to tame traffic in London, Stockholm, and Singapore, to name a few — past the curb.

Yet another Sidewalk Labs spinoff named Coord is doing exactly that through software. Its CEO Stephen Smyth has described his firm’s ambition to create “an asphalt marketplace,” one “in which every square foot is priced.” This not only runs the risk of circumscribing the public realm to those who can pay for it, but is also no guarantee the price is a fair one. UPS and FedEx already pay nearly $50 million a year in New York City alone as the cost of doing business. Amazon knows the value of its same-day delivery ambitions; cities don’t.

The second danger is using smart infrastructure to build monopoly power, which as Peter Thiel infamously argued, is the not-so-secret aim of every tech business. Again, this isn’t necessarily new. More than a century ago, investments in streetcar electrification created “traction monopolies” in Seattle and Philadelphia combining nascent water, power, and transportation utilities in private hands.

Today’s aspiring traction monopolies are the ride-hailing companies, which aim — in the words of Uber CEO Dara Khosrowshahi — to become the “operating system for everyday life.” Collectively backed by Softbank, they have more or less divided global markets between them while pivoting swiftly into first delivery and now mobile banking, using each business to cross-subsidize the other. For example, Grab has used its ride-hailing app to break into personal lending in Singapore, while its Indonesian arch-rival Gojek has received backing from Facebook and Paypal.

In this scenario, the real threat that Cavnue’s AV corridor poses isn’t the ability to set prices, but to use its control of the road’s operating system to reward allies and punish competitors. “The worst-case scenario in 10 or 20 years is a choke point for any mobility company that wants to route automated vehicles through Michigan’s road network,” says Anthony Townsend, author of Ghost Road: Beyond the Driverless Car, on a recent CoMotion LIVE webinar. “You can’t enter unless Cavnue gives you permission, and then they’ll tell you where to go, when to go, how fast to go, and what the price is going to be.” (In fairness, Cavnue has promised “to develop OEM-neutral standards” in concert with an advisory committee of public- and private entities.)

Finally, any effort by Big Tech to bring their algorithmic bag of tricks to the real world runs an inherent risk of being beset by the same kind of black box decision-making bedeviling AI, facial recognition, and similar systems. For instance, a UK-based startup named Humn.ai is building a “RiskOS” for auto insurance, generating real-time risk scores from hundreds of data points (and corresponding premiums). It only takes a few steps to imagine how such models might be poisoned by historical data about “safe” and “unsafe” neighborhoods biased by race and other socioeconomic indicators, effectively creating geo-fenced redlining.

“We’ve seen that future; it didn’t work out well,” says Karina Ricks, director of Pittsburgh’s department of mobility and infrastructure, who is no stranger to wrangling AVs. “I don’t believe the business plans they’re headed for are ones to promote social justice or sustainable mobility. So, let’s try a different one with policy guard rails in place.”

Designing those guard rails — literally and figuratively — is arguably the defining challenge for public officials going forward in a post-COVID world. New technologies, new regulations, and new institutions must all go together hand-in-hand, as Singapore did when it invented modern congestion pricing.

It’s worth noting how the reign of Seattle’s traction monopoly — the all-powerful Puget Sound Traction, Light & Power Company — ended amidst a World War and deadly pandemic. In 1905, Seattle voters approved a municipal utility to compete head-on with the company. After a decade of struggle, the utility bought out its rival in 1918, switched from aging trolleys to new electric buses, and remains city-owned to this day. 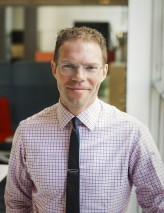 Greg Lindsay is a journalist, urbanist, futurist, and speaker. He is the director of applied research at NewCities and director of strategy at its mobility offshoot CoMotion. He is also a partner at FutureMap, a geo-strategic advisory firm based in Singapore, a non-resident senior fellow of The Atlantic Council’s Foresight, Strategy, and Risks Initiative, and co-author of Aerotropolis: The Way We’ll Live Next. 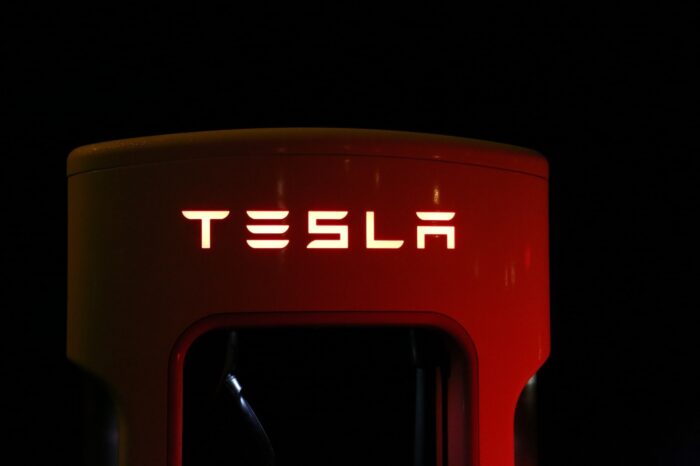 Week in Review: What's more likely? An electric Hummer or a Tesla battery that never dies?