Week in Review: What’s more likely? An electric Hummer or a Tesla battery that never dies?

With a week until Election Day in the U.S., just about every sentient American is thinking of nothing else except the matchup between Donald Trump and Joe Biden. However, there’s much more on the ballot than the presidential contest, including initiatives in cities around the country aimed at boosting America’s flailing public transit systems. There’s also plenty happening outside of politics. Spirits are high at Tesla, which reported better-than-expected Q3 earnings and which now claims to have batteries that never die. If the U.S. wants to remain relevant in the EV era, however, it will need more than Tesla to compete with the Chinese, industry experts say.

Forever young: New research from Tesla’s battery guru Jeff Dahn suggests the automaker’s Li-ion cells can last up to 2 million miles. Dahn believes the batteries are practically immortal as long as you only use 25-50% of the capacity before charging up. Fortunately, that aligns perfectly with typical driving habits. Who needs a battery that goes 2 million miles? Probably no one — but Elon Musk says a future taxi service might.

…but a little more range never hurts: For the minority of Tesla owners who regularly travel long-distance, though, a Tesla software update is increasing the range of its existing cars.

A small town goes all-in on Uber: The small city of Kyle, Tex. has decided to ditch its extremely limited public transit service and will offer residents discounted Uber rides instead. As long as your ride is under $10, you’ll only pay $3.14, while the city will pick up the rest of the bill. Uh, can we have the same deal in Los Angeles, please?

Hummer goes electric. Well, maybe. : Last week GMC unveiled a fully electric Hummer boasting a 350-mile range and (wow!) 1000 horsepower. Or did it? The company concedes they have yet to actually build and test the full vehicle. So far they’ve just tested individual parts. None of the vehicles pictured in GMC’s promotions are actually functional…

Will voters back public transit in the Covid era? Despite major drops in transit ridership due to COVID-19, local governments around the U.S. are asking voters to approve sizable funding increases for public transportation, including in traditionally car-dependent cities like Austin, Tex. There are 16 ballot measures around the country in November alone. Getting people to pony up for transit is always a challenge — but the pandemic could make it more difficult, just when transit most needs support.

Austin rail advocates hope third time’s the charm: Despite Austin’s reputation as a liberal oasis in conservative Texas, voters there have twice rejected funding approvals for light rail — in 2000 and 2014. City leaders are trying once again, asking voters to approve a property tax hike via referendum to fund two light rail lines and expanded bus service. It’s a tough sell to older tax-averse homeowners, but city leaders are hoping that record youth turnout in the presidential election could bring enough climate-conscious millennials and Gen Zers to the polls to finally get rail approved.

Edinburgh police cracking down on e-scooters: As members of U.K.’s parliment debate whether to legalize escooters on roads, police in Scotland’s capital are aggressively going after scooter users, issuing fines and even seizing vehicles of those caught riding on the public right-of-way.

Not so boring… Tokyo-based industrial group Hitachi Zosen doesn’t see much business on the horizon for its tunnel-boring business in Japan due to the country’s declining population. It smells an opportunity, however, in Southeast Asia, where cities are desperately seeking to expand public transit systems to serve rapidly-growing urban populations.

I FUV you, Arcimoto — Our friends at Eugene, OR-based Arcimoto — NASDAQ: FUV — have just produced a terrific video about their 3-wheel electric Fun Utility Vehicles. Hear founder Mark Frohnmayer explain why these ultra-light, ultra-fun roadsters may be the form factor we’ve all been waiting for. Oh, and they’re great for last-mile deliveries and for first responders… Have a sneak peak.

Tesla’s non-autonomous autonomous vehicle: Industry experts are (again) accusing Tesla of deceiving the public with its recent promotion of “full self-driving” software it has distributed to a select group of customers to test on public roads. Tesla’s  own website includes a “disclaimer that the $8,000 system doesn’t make the vehicles autonomous and drivers still have to supervise it,” the AP reports. And U.S. regulators are starting to be concerned: In a statement, the National Highway Traffic Safety Administration said it “will not hesitate to take action to protect the public against unreasonable risks to safety.” It also reminded the public that there is not yet any fully autonomous vehicle on the market and that anyone riding in a self-driving car is responsible for its safe operation.

Driverless software startup becomes a unicorn: Applied Intuition, which provides autonomous software to traditional auto manufacturers, has reached a valuation of $1.25 billion after a successful Series C round that netted the 3-year-old Bay Area startup $125 million. The enthusiastic valuation reflects the belief that there is a lot of money to be made in autonomous features, such as auto-parking and autonomous braking systems, long before fully autonomous vehicles become the norm.

China challenges Tesla: Over the weekend Xpeng, the Chinese electric vehicle maker, tested its own autonomous vehicle against the Tesla 3. The company invited a select group of analysts to watch the Xpeng P7 travel alongside its American competitor on a Chinese highway. Both cars reportedly fared well, although a company official tells Barron’s that the P7 was slightly more adept at handling “Chinese road conditions.” We guess they would say that.

A truckerless truck on the telly: It was one of the few episodes of TopGear, Britain’s beloved car show, that didn’t feature the mysterious motorist, The Stig, who is typically tasked with test driving featured vehicles. On Oct. 15 the show’s renowned test track was host to an autonomous truck made by Sweden’s Einride, The sleek AV, designed for goods delivery, tops out at 80 km/hr, which is right around the legal maximum for freight vehicles in the E.U. The company says it will be releasing two models early next year.

Keep hope alive: The bike boom makes the cover of the New Yorker as a rare bright spot in a fairly bleak year, especially with COVID rates rising in New York and winter approaching.

Insuring micromobility’s success: Here’s an interesting look at insurance requirements that different cities have imposed on micromobility operators. Los Angeles County has by far the strictest standard, requiring operators to carry at least $5 million in liability coverage for each instance of injury or property damage.

Ride swaps: A new study in Vienna finds a “considerable mode-shift from private car trips” when e-scooters are owned as opposed to shared. The authors stress that city officials need to address the scarcity of road space for active mobility, with more traffic-calming measures and bike infrastructure.

It’s never too late: Pakistan gets its first electric sit-down scooter service as Roamer Technologies launches EZBikes in the capital city of Islamabad, offering residents what it claims is speedy, green, and cost-effective urban mobility.

New scooter rules in D.C.: Washington D.C. is poised to adopt a slate of new scooter regulations, including a citywide cap of 20,000 vehicles and a mandate that scooters be locked to racks. The city is pledging to accommodate the requirements by providing 1,000 new racks over the next five years, but some remain skeptical that that will be enough. The new City Council rules still need the mayor’s approval.

Fatter is safer: A new London-based scooter startup, Taur, is marketing scooters with 12.5 inch wheels, more than 50% wider than the typical 8-inch wheels on most e-scooters. The bigger wheels hopefully offer a sturdier ride, making users less vulnerable to potholes and other obstructions that can lead to spills for even the most experienced scooterers.

CityLab highlights an interesting COVID-19 trend: a boom in urban motorcycling in Europe and Asia. Cities are trying to decide whether that is good or bad.

Vox explains how decisions 70 years ago doomed public transit in so many U.S. cities.

CNBC talks to auto industry experts who warn that U.S. car-makers are at risk of being overtaken by Chinese competitors as EVs go mainstream.

• Relativity’s open roles rocketed up as the added or reupped a host of engineering and manufacturing roles in Los Angeles and Florida.

• Cruise has been consistently opening new roles for the past six months and did so again this week; and unlike Relativity they are interested in the Truth.

• We’ve been speculating that the ridesharing market has stabilized and that both Uber and Lyft have been adding team members for a while now. Lyft’s new openings on their self-driving team, including a PM solely focused on the infrastructure for autonomous cars, suggest the company is looking toward the future again.

• It’s not every day you can build the next generation of electric flight in a fjord (or at least in Trondheim), but today’s that day.

• If you prefer going fast to fjords, Aerion (the Florida-based company building a commercial supersonic) is looking for a software engineer.

• Speaking of self-driving cars, it says something about the state of the industry that one of the most common job listings is for…drivers.

• Amazon Scout, the six-wheeled delivery competitor to Nuro and Starship, is adding an engineer to the team. 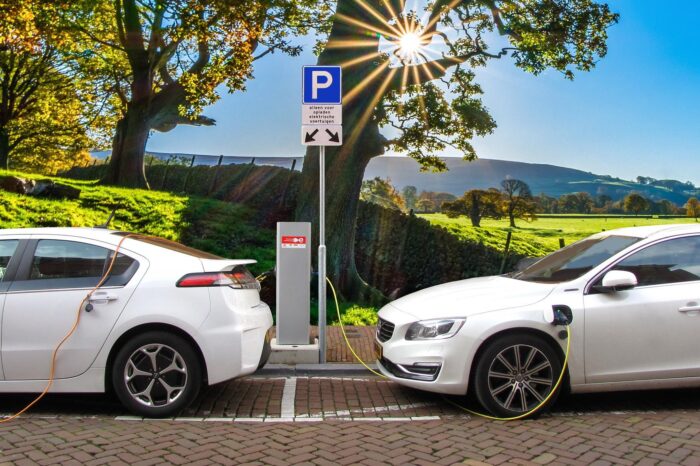 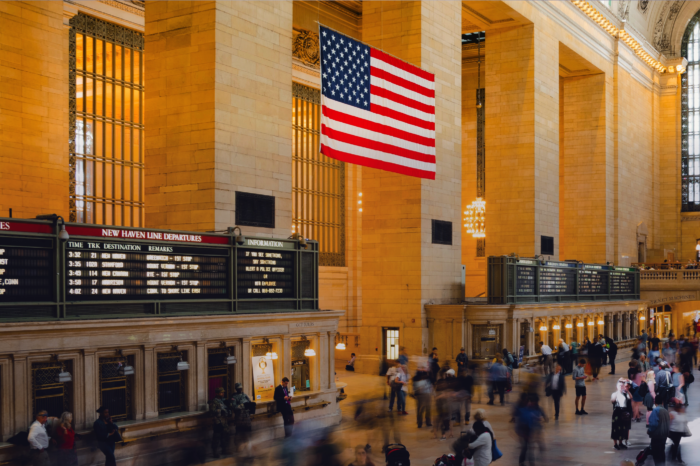 CoMotion LIVE: Mobility in 2024: Charting A Path Forward for America