Fostering Micromobility: Changing A System That Compels Americans To Drive 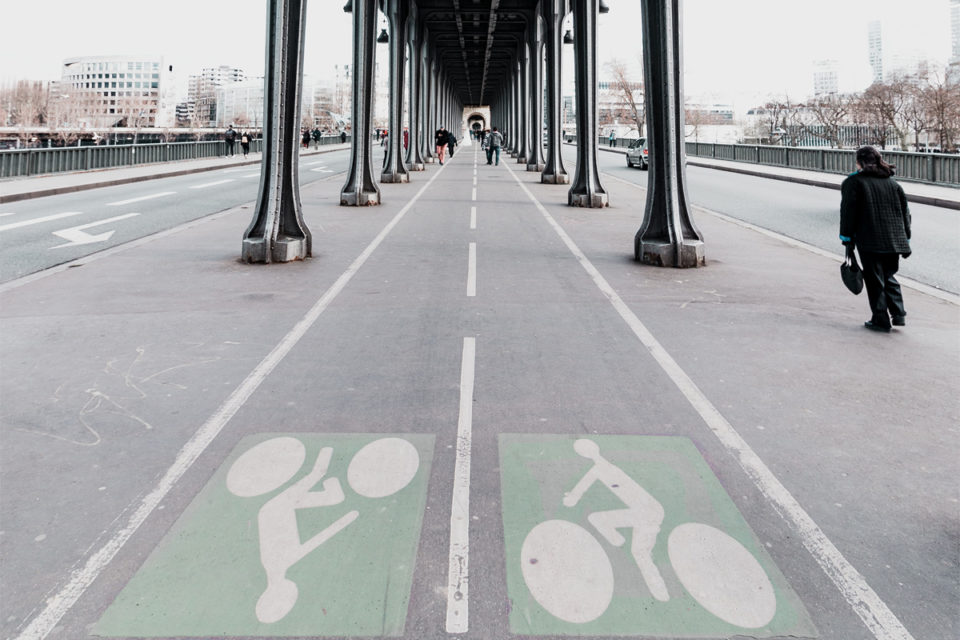 Greg Shill, professor at the University of Iowa College of Law, discusses how micromobility is challenging a legal paradigm that favors cars.

Law and Demand for Change Beyond the Pandemic

For a variety of reasons, car ownership no longer enjoys the unchallenged cultural position it once held. People want options in how they get around. Transit, scooters and bikes are all great technologies, but it’s often difficult to use them safely and reliably.

Prior to the pandemic, this was predominantly due to the fact that our streets were choked with cars. COVID-19 has changed this paradigm, however, demonstrating the clear benefits that occur when we open up streets to people. Some cities are already doing a noteworthy job of reallocating the public right of way. Oakland, for example, intends to close more than 70 miles of streets to cars in order to give people more room to walk or bike during the lockdown. Other cities aren’t quite as forward thinking. As it has in many domains of policy, the pandemic has administered an x-ray to transportation governance, and the results aren’t always pretty.

It is a choice, not a law of nature, that the bulk of the public right of way is allocated to cars. Tradeoffs among various road uses have been reevaluated in the past, and should be examined again.

Policy has not kept pace with the changing preferences of transportation users. Currently, California taxes scooters at roughly 30x the rate it taxes Uber and Lyft rides. If California—which styles itself as both a tech innovator and a progressive champion—were deliberately trying to disadvantage green, affordable new mobility products versus their carbon-dependent, costly alternatives, it could hardly do so more effectively.

These problems reflect legal and political decisions made by previous generations that have rendered physical movement impractical unless you’re driving. I detail many such decisions in a forthcoming article, Should Law Subsidize Driving?; zoning law provides a good immediate example. While it might be nice to have a corner store near your home, in most places that’s outlawed by the zoning code because it mixes commercial and residential uses.

The reality for many of us is that our communities’ political leadership decided generations ago that it was desirable to segregate land by function. The legal process is now rigged against change, the distributional effects are highly regressive and the tide is almost impossible for any individual to overcome. This is a systemic problem requiring collective action.

The Paradigm Shift of Micromobility

Before COVID-19, scooters were one of the fastest-growing transportation technologies in history. The case for these vehicles is arguably even stronger now, as they enable people to transport themselves over moderately short distances (half a mile to two miles) quickly and affordably while still adhering to social distancing guidelines. Instead, however, many scooter companies have been forced to pull them from city streets altogether. Why is that?

The easy answer is that demand for movement has plummeted during the quarantine, but this is incomplete. In the US, many cities have enacted regulations that actively stunt the widespread adoption of e-scooters. This is the opposite approach to the one taken with the automobile industry in the early to mid-20th century, when policymakers and state highway departments opted to narrow sidewalks, add zero-cost street parking, pave over parks and require developers to build off-street parking to accommodate this “new” technology. Cities were quite literally bulldozed to make room for cars, very often with the intent of dividing populations based on racial and economic factors. The resulting transformation left little space for any other mode of personal transportation.

Scooters and bikes challenge this paradigm. They’re clean, quiet, low cost and extremely efficient products—and they’re a ton of fun. But because they’re not part of a large coalition of manufacturers, suppliers, roadbuilders and oil companies, and since they have a nascent and comparatively small user base, they’re both politically and economically vulnerable. The narrowed sidewalk isn’t the ideal place for them, but neither is the highwayed street.

This is what makes micromobility so subversive. Scooters are incredibly popular, but people can’t ride them as much as they’d like and their speeds are often restricted electronically even when those of large vehicles are not. This disparity reveals the problems surrounding transportation governance that have been accruing over a century. Micromobility can play a big part in correcting them, especially in the US, given the twin constraints of greater spatial distance between daily activities and the difficult politics surrounding public transit.

Prior to the pandemic, major US cities were studying congestion pricing, meaning drivers would have to pay a toll to access the city center during peak hours. This is a good idea, and hopefully it will ultimately be implemented, but in some ways it’s a misdiagnosis. In dense urban cores, cars should be flushed out entirely.

Remember when restaurants had ineffective smoking and non-smoking sections? That’s an apt comparison to where we’re at with cars. The driving sections are gobbling up the large majority of public space, making walking, biking and scooting either impractical, dangerous or both—even on the sidewalk. Fast, noisy car traffic filters over to the sidewalk just as smoke wafts across restaurant partitions.

At present, no one can avoid the risks of what I call “secondhand driving,” or the negative externalities generated by cars. Automobiles kill about 95,000 Americans each year, accounting for both crashes and pollution. We are much further along in addressing the dangers of secondhand smoke through place restrictions, economic incentives and the substitution of less harmful products. The risks of secondhand driving should be mitigated using similar tools.

Prior to the pandemic, cars had begun to be banned from dense transportation arteries in New York City (14th Street) and San Francisco (Market Street). They were also excluded from parts of many overseas cities including Stockholm, London, Paris and Barcelona. This is the equivalent of banning smoking in hospitals, a step not taken in much of the US until the 1980s. These steps are being sporadically extended now to help with social distancing, but the logic of extension is not dependent on that imperative.

Other countries manage cars more conscientiously. Like many cities, Stockholm has a congestion fee, but it has also recently implemented an innovative automated speed camera system as well. Those who don’t violate the law are entered into a lottery funded by the resulting speeding tickets, thus bifurcating the single community of drivers (who all despise tickets) into two groups: those likely to drive recklessly and receive a ticket and those who may be financially rewarded for their safe behavior. The program has reduced average speeds by over 20%, and it’s easy to see the competitive angle working well in the US. More generally, the evidence is clear that (surprise) lower speeds prevent collisions and mitigate the ones that do occur. This would be especially useful now, given that speeding is soaring during the pandemic just as hospitals need every available bed.

Many European cities have also invested in a serious way in bicycle infrastructure, which can be used for scooters as well. For the most part they do not rely on American-style bike lanes, i.e., a painted narrow strip at the margin of the street. They use protected, off-street paths that resemble a second sidewalk and provide far more safety. Interventions like these were attractive pre-pandemic, and a few of their attributes—proven, can be copied quickly, low-cost—make them even more so now, with public health a higher priority and making way for large traffic volumes a low priority.

Because they do not fit the current auto paradigm, buses, bicycles and scooters are easy scapegoats. We have both the evidence and precedents needed to make change a reality here. Micromobility may not save the world, but given its popularity and utility it’s hard to imagine a better future for cities and transportation without it. Scooters are an indicator species. How we manage them says a lot about us.

By: Gregory H. Shill, Associate Professor at the University of Iowa College of Law 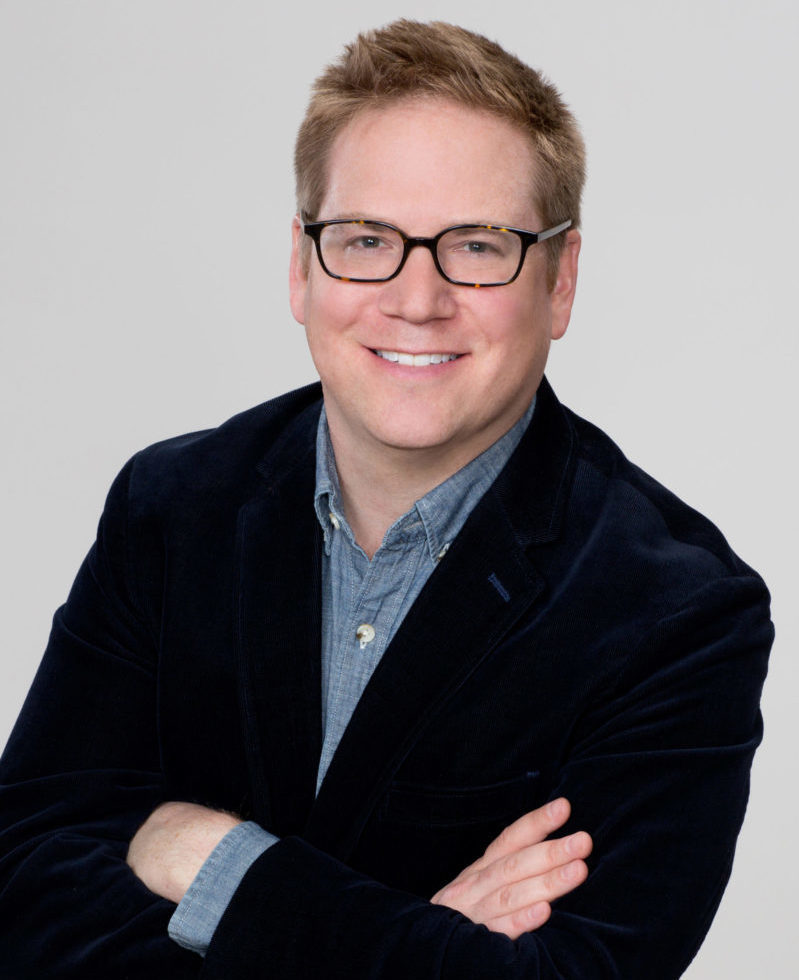 Gregory H. Shill is an Associate Professor at the University of Iowa College of Law. His work emphasizes business law, cities, and transportation, including the ways in which law and policy shape mobility behavior. Articles by him have been published or are forthcoming in top law reviews, including the NYU Law Review, the UCLA Law Review, and the Harvard International Law Journal, and have been cited by scholars, courts, and practitioners. His work and views have also been quoted in the New York Times, Wall Street Journal, Washington Post, NBC, NPR, and other national media. Professor Shill holds a J.D. from Harvard Law School and a B.A. from Columbia University.

You can follow him on Twitter @greg_shill and find his research on SSRN, including his forthcoming article Should Law Subsidize Driving? 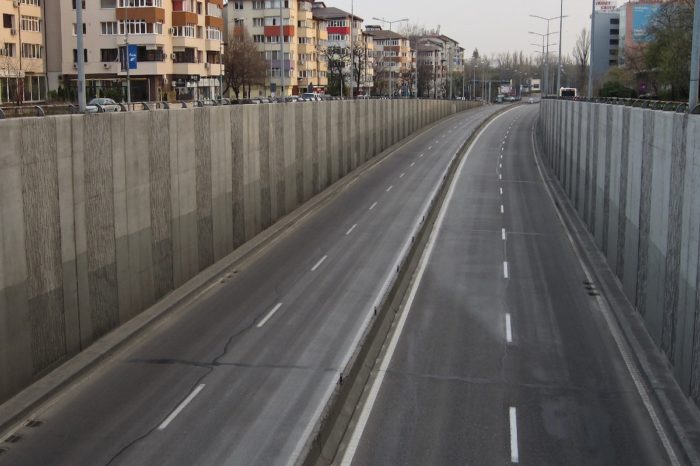