We kick off this week with a big dose of hope courtesy of a group of U.S. government scientists, who have reportedly become the first to generate a “net energy gain” from a fusion reactor. Is this a sneak peek of a carbon-free energy future? One can only hope.

Two major U.S. cities –– Washington D.C. and Los Angeles –– could adopt some form of fare-free transit, an idea designed to bolster transit use but one that some transit advocates worry might actually lead to lower quality of service and make transit less popular.

Then there’s the Tesla news. The EV maker concedes in court that “Full Self Driving” is, well, more of an aspiration than a description and tries to improve its ADAS by reintroducing radar. Plus, Elon Musk appoints his top man in China to oversee the Texas Gigafactory.

Also: workers at the Ultium battery plant in Ohio vote to unionize, Stellantis shuts down a Jeep plant, Porsche invests in electric airplanes and Seychelles tries to save its climate-cooling sea grass.

A milestone for fusion power? U.S. government scientists may have achieved a significant breakthrough in pursuit of fusion power, raising the prospect of a new unlimited source of carbon-free energy. Researchers at Lawrence Livermore National Laboratory became the first to achieve a fusion reaction that creates more energy than it consumes, according to people familiar with the experiment, which has yet to be officially announced. A future in which fusion energy is effectively harnessed at scale is likely still many years (perhaps decades) away, but this milestone might signal that it’s closer to becoming a reality than previously imagined.

D.C. moves towards fare-free buses – and Los Angeles is also looking at making transit free: The Washington D.C. City Council signals unanimous support for eliminating fares on city buses. The proposal would increase city funding for the Washington Area Metro Transit Authority to make up for the lost fare revenue, but WMTA officials say it still won’t be enough to address the looming funding crisis the agency is facing due to the major drop in fare revenue caused by the pandemic.

In Los Angeles, fare-free public transit will be one of the major issues incoming Mayor Karen Bass faces in her first year in office. Like outgoing Mayor Eric Garcetti, Bass has said she favors eliminating fares despite concerns about the estimated $1 billion a year in lost revenue and the prospect that free trains and buses will become magnets for homeless people to shelter, turning off commuters.

Ultium workers unionize: Employees of a Ultium Cells battery plant in eastern Ohio vote overwhelmingly to be represented by the United Automobile Workers. The vote at Ultium, a joint venture between GM and Korean battery maker LG Energy Solution, offers organized labor hope that it can be a part of the auto industry’s EV transition. Unions have long been worried that EVs, which tend to require fewer workers to manufacture, will lead to big layoffs and that the new market will be largely dominated by non-union employers.

Can the Chinese model work in Texas? Elon Musk taps his top executive in China, Tom Zhu, to oversee the Tesla Gigafactory outside of Austin, Tex. Musk is trying to ramp up production at the plant, which began operations earlier this year. Perhaps he hopes that Zhu can instill a Chinese work culture in its Texas employees. After all, he has publicly praised Chinese employees for “burning the 3 a.m. oil” and bemoaned American workers for “trying to avoid going to work at all.” Now this should be interesting to watch…

It’s a failure, not a fraud: In response to a class action lawsuit accusing Tesla of making misleading claims about the capabilities of its autonomous driving technology, the automaker argues that its claims were an “aspirational goal,” and that its “mere failure” thus far to achieve it does not constitute fraud. The lawsuit is on behalf of Tesla owners who argue the company’s marketing of Autopilot and “Full Self Driving,” as well as statements by Elon Musk, has been dishonest.

also…In what appears to be a humbling recognition of its shortcomings, Tesla announces it will reintroduce radar to its vehicles. This comes 18 months after the company made a big point of abandoning radar, championing a “vision only” approach to autonomous driving.

Stellantis shuts down plant: The U.S.-European auto giant says that the rising cost of transitioning to EVs is forcing it to indefinitely idle an assembly plant in Illinois that manufactures the Jeep Cherokee –  putting 1,200 employees out of work. Union leaders denounced the announcement as unexpected and unwise. However, sales of the Cherokee have been particularly weak in the past year; through the third quarter of the year they are down 61%, the worst decline of any Stellantis vehicle.

Porsche bets on electric planes: A group of major investors, including Porsche, lead a $63 million Series A round for German battery startup Customcells, which is developing batteries for electric airplanes. Air travel only accounts for about 3.5% of greenhouse emissions, but it is much farther away from decarbonization than the auto industry.

Brodmann17 shuts down: The Israeli computer vision startup abruptly shutters after six years. Brodmann17 was developing a new computer vision technology to support autonomous driving systems,  a space dominated by Intel’s huge Israeli unit, Mobileye. In a statement on Linkedin, founder Adi Pinhas says that he draws some comfort from the influence that he believes the company has had on the broader sector, even if the company will not be able to bring a product to market itself.

More money for Einride: The Swedish autonomous and electric trucking startup raises $500 million in a Series C round. The company’s initial focus was on driverless freight pods that don’t even have a cab for a driver. However, as it navigates regulatory obstacles to deploying the pods commercially, Einride has also begun developing human-operated electric freight trucks.

Are electric cars the death knell of talk radio? EVs may accelerate the decline of terrestrial radio that has been underway for years. The AM signal, which is best known for talk shows, particularly conservative personalities, apparently sounds really bad in EVs. The New York Times considers the implications.

Why we need to protect the seagrass: BBC looks at efforts in Seychelles to protect ocean plants that live on the coast of its 115 islands. Seagrasses are particularly adept at capturing carbon dioxide; they account for 10% of the ocean’s carbon capture despite accounting for only 0.2% of the ocean’s total area.

The problem with fare-free transit: Writing in the Atlantic, Jerusalem Demsas says transit agencies should resist pressure to eliminate fares. The biggest challenge facing public transit in America, she writes, is poor service, a problem that is likely to only get worse by eliminating fare revenue. And who do you think will suffer the most from the degraded service? It won’t be the rich.

The right art for subway stations: The Seattle Times takes a look at the wide variety of art on display at Seattle rail stations, and ponders how local governments can make public spaces more interesting and thought-provoking. 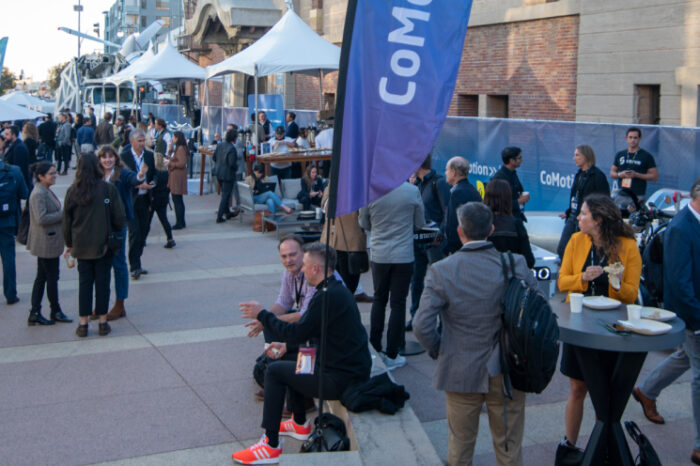