Our hearts go out to our many friends in Florida, where we’ve had the pleasure of meeting so many great people and organizations in the last few years in and around CoMotion MIAMI. We wish everyone affected by Hurricane Ian the best as they heal from this tragedy. Please consider joining us in donating to the Florida Disaster Fund.

The big mobility news this week comes from New York, which is following California’s lead in adopting regulations aimed at banning the sale of gas-powered cars by 2035. While most major automakers have made EV commitments that align with this timeline, Toyota is defiantly diverging from the pack, arguing that governments and automakers are getting ahead of themselves.

This week was either a good one or a bad one for Tesla, depending who you ask. Its quarterly production figures were slightly disappointing and AI experts were underwhelmed by the demonstration of its new robot, Optimus. But on the bright side, Elon Musk says the Cybertruck will also be a boat! At least “briefly.”

Last but not least, this week we bid farewell to a cherished member of the CoMotion Global Strategic Council and welcome a new one. Our good friend Gabe Klein steps down to take on an exciting new role leading the Joint Office of Energy and Transportation, the important new division of the U.S. Transportation Department and U.S. Energy Department. And we now welcome Karina Ricks, a leader in the transportation innovation space who recently became a partner at change management and catalyst firm Cityfi after serving as Associate Administrator for Innovation and Research for the Federal Transit Administration. We’re looking forward to working closely with Karina to further advance our mission of creating an equitable and sustainable future.

As goes California, so goes New York: New York Gov. Kathy Hochul instructs state regulators to ban the sale of gas-powered cars by 2035, mirroring a policy put in place by California Gov. Gavin Newsom in August. This shows how the influence of California’s environmental regulations extend far beyond its borders. Not only is America’s largest state far too populous and economically powerful for any automaker to ignore, but its regulations tend to serve as templates for other blue states that account for a large percentage of the U.S. population.

…and another good idea from California: Jaywalking is no longer automatically illegal in the Golden State. The new law signed by Gov. Gavin Newsom repeals previous laws that criminalized crossing the street outside of a designated crossing or intersection. The new law states that an officer can ticket a person for crossing the street “only when a reasonably careful person would realize there is an immediate danger of a collision.”

Driverless Lyft-off in Austin: Lyft users in the Texas capital may now have the option (at least occasionally) to get a driverless ride. The option is courtesy of a collaboration between the ride-hailing company, Ford and Argo AI, the Pittsburgh-based AV company. For now, the cars will still have two Lyft employees in the vehicle. Lyft is not disclosing how many autonomous vehicles are available or at what hours they will be operating. For what it’s worth, the author of this newsletter was not presented with an AV option when he checked the Lyft app Friday afternoon.

A much-anticipated Arrival: The British company finally produces a battery-electric delivery van. The startup, which went public via SPAC in March of 2021, is one of a number of EV SPACs that has encountered repeated production delays and has had to cut back on spending. It will now begin testing and validating the vehicle and doesn’t anticipate entering large-scale production this year.

Tesla misses production goal: Tesla’s Q3 figures fell short of analysts’ expectations, prompting shares to drop 7% Monday morning. The automaker delivered 343,000 vehicles in the quarter, short of the projected 365,000. The company is beginning to ramp up production at its new plant in Berlin, where it is now producing 2,000 vehicles a week, up from only 1,000 in June but far short of the 5,000 per week it hopes to be producing by the end of the year.

Tesla robot walks, waves, underwhelms: Tesla fans attending the company’s second annual AI Day in Palo Alto got to watch a prototype of the company’s humanoid robot, Optimus, walk slowly onto a stage and wave to the crowd. So far, say AI experts, there is no indication that Tesla’s technology is particularly advanced. Nevertheless, Elon Musk predicts that Optimus will one day be worth more than Tesla’s auto business.

…and that’s not a boat: Elon Musk claims in a tweet that the yet-to-be-released Cybertruck will be able to “serve briefly as a boat, so it can cross rivers, lakes & even seas that aren’t too choppy.” That’s an interesting way to phrase it. By this reasoning, does a horse “serve briefly as a boat” when it carries a rider across a stream? Whatever, Elon.

Bangkok considers congestion pricing: A recent study finds that residents of the Thai capital lost eight days to rush-hour traffic last year. It’s one of many data points, along with extremely high levels of air pollution, that has prompted the government to consider putting in place congestion pricing across different zones of the city.

Intel’s AV company files for IPO: Mobileye, an Israel-based maker of AV software and chips, which Intel purchased for $15.3 billion in 2017, plans to go public. Intel has pegged its valuation at around $30 billion. In addition to providing AV software to other automakers, including VW, Nissan and BMW, Mobileye is working on developing its own autonomous fleet of robo-taxis and delivery vehicles.

Toyota sticks with EV caution: CEO Akio Toyoda defends the automaker’s refusal to commit to an all-EV future, saying that widespread adoption will not come as soon as many imagine, including governments that foresee banning gas-powered cars in the next 15 years. He also argues that Toyota’s electric strategy, which leans heavily on hybrids as well as fully electric cars, may offer a more realistic path to reducing greenhouse emissions than focusing solely on EVs.

Why Uber rides are getting longer in Spain: In some parts of Spain new rules may soon sharply restrict business for ride-hailing drivers. In some regions, drivers may only be able to offer long rides between two different cities. And in Barcelona, cars deploying ride-hailing apps must meet a minimum length, a requirement that Estonian ride-hailing company Bolt has creatively dealt with by offering its Spanish drivers an additional metal bumper.

Woman at the wheel: A new ride-hailing app in Nigeria guarantees female customers a female driver. HerRyde, which has 10 drivers and has given 500 rides in its first month of business, is responding to widespread accounts of women receiving unwanted attention or even being sexually assaulted by ride-hailing app drivers.

A look at America’s charging gaps: CNN has some revealing maps showing the distribution of EV chargers across the country. Most Americans are now within 50 miles of a charger – but enormous geographical disparities persist.

How EVs are changing the auto industry workforce: NPR looks into what the transition to EV means for auto industry employees, from engineers to assembly line workers. Some will be retrained, but others may have to find new jobs. As one industry expert puts it, “There will be layoffs because there are different kinds of workers that are needed.”

Uber cozies up to the old enemy: San Francisco is the latest city where those looking for a ride will now be able to hail traditional taxis through the Uber app. It’s one of many ways, explains the San Francisco Standard, that ride-hailing apps are beginning to look more and more like the industry they promised to replace. Prices are up, service is slower and ridership has plummeted.

The pros & cons of bike lane vigilantes: New York City lawmakers are considering a law that would offer cash bounties to residents who report cars parked in bike lanes. The police department has concerns that such a program could lead to violent confrontations between parking scofflaws and bounty hunters, while others believe this is a distraction from longer-term fixes, such as building bike lanes that cars can’t park in.

Volvo looks to software to maintain its safety edge: The Swedish auto brand has long made safety central to its brand: it was one of the first car makers to include airbags and it invented the three-point seat belt. Now it’s focused on advancing safety through superior software. 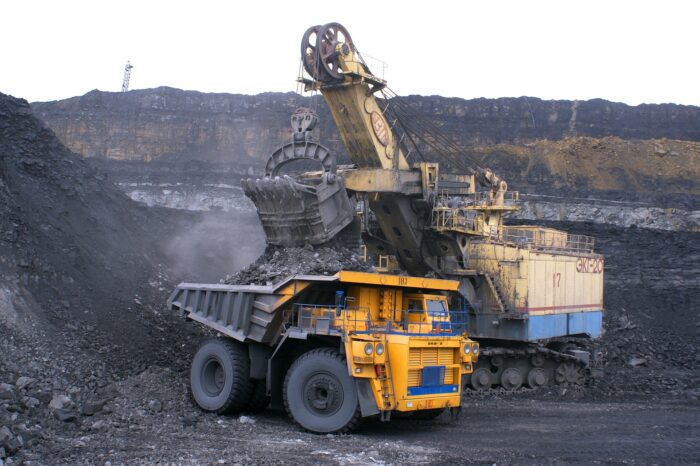 Week in Review: Can America do cobalt mining right?