Week in Review: Can America do cobalt mining right?

Sometimes, the best solutions for the future can be gleaned by looking to the past. This past week, America’s last cobalt mine, which had been closed for 40 years, reopened in response to massive demand for cobalt for EV batteries. Environmentalists are pointing to century-old steam networks that are common in older U.S. cities as a key strategy for reducing carbon emissions. Michigan, a state that in recent decades has a symbol of the decline of U.S. manufacturing, is poised to become the capital of the American battery industry, potentially ushering in a Motor City renaissance. And an increasing number of local and state governments are revisiting parking requirements that were put in place decades ago.

An old cobalt mine re-opens: For the first time in 40 years, the U.S. is home to a working cobalt mine. The site in Salmon, Idaho, operated by Australian firm Jervois Global, was also the only American cobalt mine in operation when it closed 40 years ago. Its reincarnation reflects the surging demand for cobalt, a key ingredient in EV batteries. The company plans to ship the material to be refined at a facility it owns in Brazil. In its previous life the mine polluted nearby trout streams, but company officials assure residents that it will be subject to far more environmental safeguards that will prevent that type of damage. Notably, the mine will now be capped, rather than an open pit.

Rivian recall: EV maker Rivian recalls 13,000 vehicles over a potential steering issue. The automaker has promised to make repairs on the affected vehicles, which account for 1% of the total, for free.

The Tesla semis are here: Five years after unveiling a prototype of an electric Class 8 truck, Tesla is making deliveries of the vehicle. Elon Musk tweets that Pepsi, which reserved 100 trucks shortly after the prototype came out, has dibs on the first trucks. Other major companies that paid $5,000 a pop to reserve a vehicle include Walmart, UPS and Anheuser-Busch.

One step closer to urban air mobility: Volocopter, the German eVTOL manufacturer, becomes the first to test out the new vertiport at Rome’s Fiumicino Airport. The vertiport aims to launch commercial advanced air mobility operations in 2024. Volocopter was showing off its manned two-seat air taxi, the VoloCity, which is intended for short flights within an urban area. It hopes to eventually offer short commercial flights in the VoloCity, as well as longer flights in between cities in its autonomous four-seat drone, the VoloConnect.

Vegas’s remote control car rental: Las Vegas-based car share startup Halo Car announces it plans to soon remove human safety drivers from its cars when delivering them to customers. The cars will be driven remotely by an operator in a control center; the customer then drives the car on their own and drops it off wherever they want.

Zipline begins medical deliveries in Utah: The delivery drone service is dropping off prescription meds and over-the-counter drugs to customers in the Salt Lake City area. San Francisco-based Zipline is best known for delivering medical supplies to isolated areas of Africa, beginning in Rwanda in 2016. In the past two years, however, it has begun doing business in the U.S. through partnerships with health systems and retailers, including Walmart.

Rental agencies race to buy EVs: German rental car service Sixt announces it will buy 100,000 EVs from Chinese automaker BYD by 2028, with plans to begin offering the vehicles to customers in France, Holland, Germany and the U.K. by the end of this year. This comes on the heels of competitor Hertz committing to purchasing 175,000 EVs from GM over the next five years, along with thousands more from Polestar and Tesla.

Public transit is better…but not ‘back’: In September transit ridership in the U.S. climbed back to about 70% of pre-pandemic levels, according to data collected by the American Public Transportation Association. Ridership on buses has bounced back more than rail, likely due to the wealthier profile of rail riders and the higher likelihood that they can work from home. The data also do not appear to show a strong link between transit ridership and the surge in gas prices earlier this year.

Global aviation group agrees to net zero by 2050: Representatives from 193 countries agree at a meeting of the International Civil Aviation Organization to achieve net zero greenhouse emissions from airplanes by 2050. Environmentalists say the goal is far too modest. While aviation accounts for 2.5% of global emissions, experts say that that number does not account for all of the damage done by planes due to the high altitude at which they spew their fumes.

America’s battery capital? Tech Crunch’s Rebecca Bellan writes that Michigan, the traditional capital of U.S. auto manufacturing, is poised to become the epicenter of U.S. battery manufacturing, aided by billions of dollars of public and private investment that is at least partially linked to strong bipartisan support for auto manufacturing from the state’s political class.

A century-old solution to climate change: NPR reports that there are hundreds of college campuses, hospitals and commercial districts across the U.S. that are still heated by century-old networks of underground pipes that carry steam. Environmental advocates say that such “district-based” systems could more quickly and efficiently decarbonize electricity than trying to reduce the carbon footprint of each building. And yet, even some government agencies that have made bold climate commitments are moving away from steam, to the chagrin of environmentalists.

The first climate scientist: When 11th century Chinese polymath Shen Kuo discovered fossils of bamboo trees in a region of China where bamboo no longer grew, he determined it to be evidence of a change in climate. It’s the first written record of someone acknowledging that climate can change that author Simon Clark came across while researching for his new book, Firmament: The Secret History of Weather, Climate Change and the Air Around Us. Who knew?

A win-win-win for climate, housing and mobility: Imagine a policy that costs the government nothing, puts money in people’s pockets and helps the environment. That’s what eliminating parking requirements does. Yahoo News looks at California’s big step in this direction, as well as the success of other local governments that have eliminated parking minimums.

After $100B, how close are we to driverless? Bloomberg wonders whether technology will ever fully conquer the obstacles that stand in the way of full vehicle autonomy. After $100 billion of investment, the fully driverless future looks much further off than many guessed just a couple years ago. 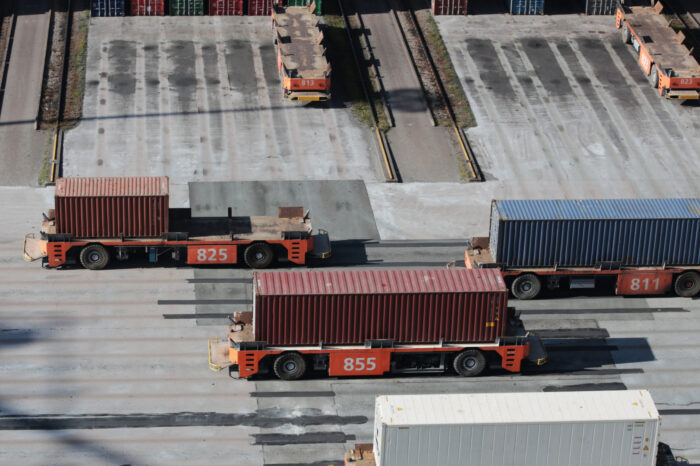