Another week goes by, and there’s another bevy of EV news, with major announcements from GM, Kia, a Chinese consortium, and more. On the transit front, things are looking good in Minneapolis but not so hot in Pakistan (or maybe too hot, as the country’s new BRT system keeps catching on fire.) Germany’s Volocopter is set to take passengers airborne, while things only get stranger and stranger in the Nikola Motor saga. Plus – what’s the deal with all the new scooter subscription startups?

Take a peek under the hood: GM unveils its Ultium “electric drive units”, set to power its next generation of electric vehicles. This new modular system will first go into the Cadillac Lyriq and Hummer EV, before getting integrated into everything from subcompacts to heavy-duty pickups.

Honey, I shrunk the EV! As the pandemic shifts consumer demands for food and groceries, operators are looking for cheap and efficient vehicles to help with deliveries. This is a boon for the likes of AYRO, Firefly and other little-known makers of micro-EVs.

7 by ’27: Kia Motors is expanding its already ambitious goals for the EV market. The Korean automaker now plans to roll out seven new electric models in the next seven years, with hopes that electric vehicles will represent one-quarter of the company’s total sales by 2029.

Trouble in Peshawar: after years of transit misery, locals were excited to welcome a new bus rapid transit system to this Pakistani city of 2 million people. But after only a month in service, buses are routinely failing (often in flames) and the project is now under investigation.

Here comes the Minnetonka metro! The feds dole out a cool $929 million to Minneapolis, for an extension of the region’s light rail system to the southwestern suburbs. Expect the 16 new stations to be up and running by 2023.

You can’t stop this train: while it may be struggling currently, there are plenty of reasons to be optimistic about the future of transit. GovTech breaks down the key takeaways from last week’s CoMotion LIVE episode on the path forward for public transportation.

California dreaming: the California High-Speed Rail Authority approves a route alignment for the critical “Central Valley Wye” segment, where trains from SoCal will route to either the SF Bay Area or the state capital in Sacramento.

Recalculating route: Google-owned nav app Waze continues to roll out new features at the company’s first ever virtual event: Waze On. Among the announcements: lane guidance, traffic notifications, music integration, and improved user personalization. Bring it on, we say.

Say goodbye to range anxiety! It isn’t just Waze that’s getting new mapping features; Google Maps rolls out a slew of features meant to make life easier for EV owners. Chief among them: estimated battery charge levels at destination, denoting fast chargers along a given route, and smart “battery alerts.”

Nikola-gate continues: with the Securities and Exchange Commission investigating allegations against the startup truck maker, Nikola’s stock continues to take a beating. The company also admits that yes, in its famous “demo” video, the truck was simply rolling down a long hill. Maybe gravity-powered trucks will be the next hot fad? This week looks no easier for Nikola, as founder Trevor Milton has suddenly resigned and shares are down another ~20 percent.

Mobility and mobile payments merge! Audi’s newest vehicles have a built-in transponder that automatically handles payments on toll roads across the U.S. More excitingly, future plans will let users pay for things like food or coffee from the comfort of their cars.

We’re all in this together: more than 100 transit agencies join forces with the American Public Transportation Agency (APTA) to unveil a “Health and Safety Commitments Program” in response to COVID-19. Agencies large and small are committing to the program to create a cohesive strategy to restore ridership while keeping passengers safe and healthy.

Ticket to ride? Germany’s Volocopter begins accepting reservations for trips aboard its 18-blade eVTOL. Initial flights are expected in Singapore, Helsinki, or Dubai – but don’t hold your breath – departures aren’t expected for another 3 or 4 years.

Florida leads the way: looking to replace its aging Skyway system, Jacksonville Transit has been testing various autonomous shuttle systems. In an exciting development, JTA’s “Test & Learn” team just got its hands on Beep and Local Motors’ Olli 2.0 – the first such deployment in the United States.

Reach for the sky! The World Economic Forum, LADOT, and LA Mayor Garcetti’s Office release a new policy roadmap – “Principles of the Urban Sky” – set to guide municipal decision-making in the UAM space.

Cash call: Volansi, a long range delivery drone startup based out of Concord, CA, raises $50 million. The fresh capital will let the company build out its capabilities for high-demand applications, like the delivery of medical supplies in both domestic and emerging markets.

Zippity doo dah: Walmart and Zipline team up to begin delivering health and wellness products near Walmart HQ in Bentonville, Arkansas. The “first-of-its-kind drone delivery operation in the U.S.” should allow for deliveries in under an hour, and will expand to new locales if successful.

State of the scooter: The Governors Highway Safety Association releases micromobility report highlighting huge adoption numbers in recent years, pointing out that in some cities scooters and e-bikes are faster than cars, while outlining the opportunities and challenges in increasing their safe adoption such as infrastructure, safety, and oversight.

Micromobility cubed: Citroën sells 500 of its funky new “urban mobility objects” in the first two weeks of sales in France. This tiny, light, low-speed “car” is legally categorized as a quadricycle, so even a 14 year-old can drive one without a full license.

Mounds of bikes: China’s irrational exuberance for bike-sharing by companies like Ofo, Mobike, and Yuue led to bankruptcies and unseemly piles of bicycles, leaving cities to clean up  the mess. Now these cast-off bikes are being recycled and repurposed in very innovative ways.

Freemium bike sharing: In London, ad-supported and dockless e-bike sharing company HumanForest raises a first round of £1.8 million to double its London fleet and to bring innovative ideas to the bike-sharing business model, such as 20 minutes per day of free rides. Reminds us a bit of the early World Wide Web days, where ad supported “free” ISPs abounded…

Cambrian Explosion indeed! Washington-based outdoor recreation company REI to launch its own affordable mid-drive e-bike line; New York-based Tarform attempts to overturn the idea of the motorcycle with the launch of a quiet, electric, yet zippy Luna; California-based Juiced unleashes the second version of its HyperScrambler e-bike with an eye popping 100+ mile range; Australian Electric Mobility Solutions (EMoS) releases a bold Harley-looking seated scooter; and Portugal’s Hunter Boards shows off an electric skateboard with a unique new suspension that allows for speeds up to 34 mph.

Bloomberg CityLab investigating how cities can take back their streets from giant SUVs.

Shareable exploring how citizens can mobilize their neighborhoods to improve the world.

Planetizen with a look into the British bicycling boom. 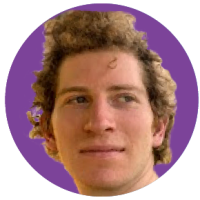 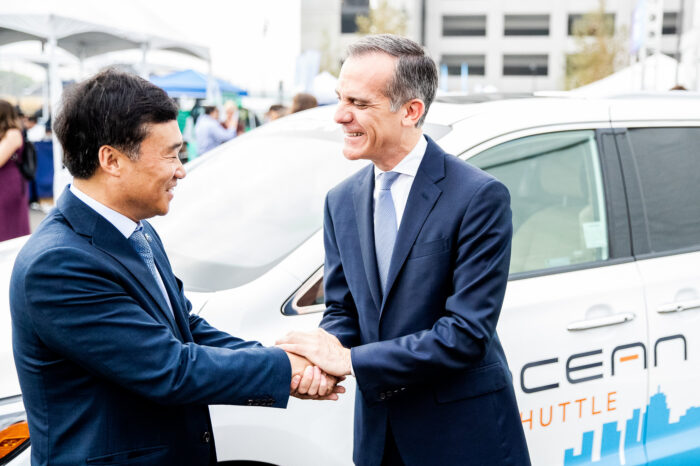