Sign-up of the Times: A Wave of New Subscription Services Seeks to Rewrite the Micromobility Business Model

David Hyman remembers the moment that changed his mind about scooters. One summer day a few years ago, the tech entrepreneur, founder of MOG and former CEO of Beats Music, was walking out of a Berkeley, California Whole Foods with a pint of ice cream, ready to go home and relax, when he discovered the Lime scooter he’d ridden there had been taken by someone else, with no other scooters in sight. By the time he made it back, he had a bagful of melted ice cream and a mission.

“Let’s say it sent me down a scooter rabbit hole,” he says.

In 2018, Hyman launched Unagi, an Oakland-based, Kickstarter-backed custom scooter company that sells high-end models designed with carbon fiber forks, dual motors, and a lightweight frame that folds in half. On August 5, the company added a subscription option, debuting in Los Angeles and New York City.

For Hyman, the subscription model represents not just the future of Unagi, but the entire micromobility market. It’s too compelling of a pitch for consumers to ignore: access to a high-performance vehicle for $39 a month (with a one-time $50 set-up fee). Your ride shows up in 24 hours or less, assembled and ready to go. The fee includes insurance and no “hidden bullshit,” he says, and if you have any maintenance issues or accidents, you’ll get a replacement ride within 24 hours, no questions asked. 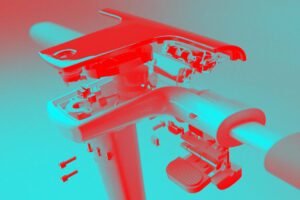 Unagi and other startups see this moment—riders are familiar with scooters, commuters are looking for safe, personal transit—as an ideal time to push the subscription model. Part of the bullishness comes from consumer awareness. The proliferation of dockless options from Bird and Lime have made consumers familiar with scooters, as well as their advantages and disadvantages (especially trouble finding a ride when you need one).

The shift to lease and rental models parallels the car market, says Manuel Saez, founder of Brooklyness, which launched a scooter subscriptions service in New York City last year and now has more than 400 regular customers. He doesn’t fear market cannibalization. When the city’s dockless scooter pilot starts next March, one-off rides will sell people on the idea of getting their own two wheels.

Hyman also has some numbers behind his optimism. Unagi collaborated with the UC Berkeley Haas School of Business on a micromobility market research study and found that by 2025, roughly one third of the micromobility market could be subscription services, accounting for $12 billion in potential revenue.

“I think subscription is a much better model than ridesharing,” Hyman says. “We want to cater to those who want to lease and those who want to buy, which our research shows may comprise two-thirds of the total market.”

This recent subscription boom mirrors some other shifts in tech industry business models. Scott Galloway, an NYU marketing professor and cohost of the Pivot podcast, coined the phrase “rundle,” or recurring revenue bundle, to talk about the growth in subscription-focused tech offerings, such as Peloton. Horace Dideu, an analyst at Asymco and founder of Micromobility Industries, has spoken of bike and scooter startups looking at a “hardware-as-a-service” (HAAS) model, similar to how Apple is pivoting into services like streaming music and television.

Here’s rundown of some of the new generation of subscription micromobility services currently on the market:

Brooklyness’s Saez says the pandemic environment has validated their model. In sharp contrast to his expectation that the service would attract lots of Williamsburg hipsters, many subscribers are working class residents of Queens and Brooklyn, where transit isn’t as prevalent and having a personal scooter can replace short car commutes and provide last-mile access to more distant subway and bus lines.

“If you’re using this as an everyday mode of transportation to get to work, it makes financial sense, especially when you consider that we’re always there to fix it,” he says.

Haven’t Bird and Lime tried monthly rentals before? Yes, but Saez and Hyman say they didn’t offer a compelling service. Subscription services need different, lighter vehicles so users can take them on public transit or carry and store in their homes (Unagi and Brooklyness models are both around 25 pounds, versus 40 or so for rugged, shared dockless models). Bird and Lime scooters were designed to avoid vandalism, says Hyman, not for personal possession. 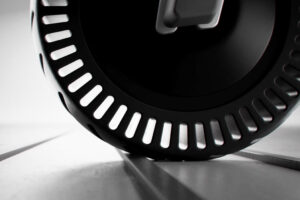 Melinda Hanson, principal and co-founder of Electric Avenue, a mobility strategy firm, and former head of sustainability for Bird, believes that the subscription model has potential, but that it works better for bikes, not scooters, as exemplified by Swapfiets. She said that Bird “dabbled” in the concept, but ultimately decided to pull out.

“The gold standard will be a combined shared/leased model,” she says. “Or, you could pay to lease a vehicle while also having access to a shared network.”

That’s where Tom Schreiber, founder at Perch, a company that provides charging solutions for gig workers and scooter companies, sees this market evolving. He’s especially interested in larger networks, from companies like Spin, Lime, or Bird, offering flat rates for unlimited access to the entire fleet for predetermined amounts of time, what he calls the Class Pass option. Lime is already testing some different variations of the model, such as paying a flat monthly fee and waiving per-ride activations.

“I think having unlimited access to any scooter and not having to worry about your particular vehicle is great,” he says. “In a market like Los Angeles, that’s access to thousands of scooters.”

Ultimately, Schreiber says, the subscription concept is another attempt to figure out a profitable business model. It’s the latest pitch to investors, who have heard numerous plans to shrink operational expenses, increase utilization, and lower the per-ride cost. It remains to be seen if subscription services can accomplish that elusive goal on a large scale, but the variety of companies trying, all with slightly different models, tell him there’s a chance.

“Hollywood made a lot of money selling movie tickets, and then Netflix showed that you can do a good job with subscriptions, too,” he says.

The world of mobility is changing more rapidly than ever: from micromobility-as-a-service to hydrogen vehicles and everything in between; meet and learn from the next generation of transportation visionaries at CoMotion LA LIVE, November 17-19. 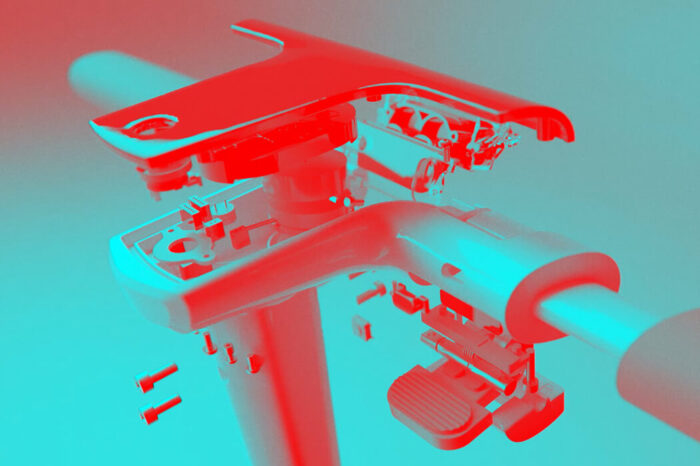