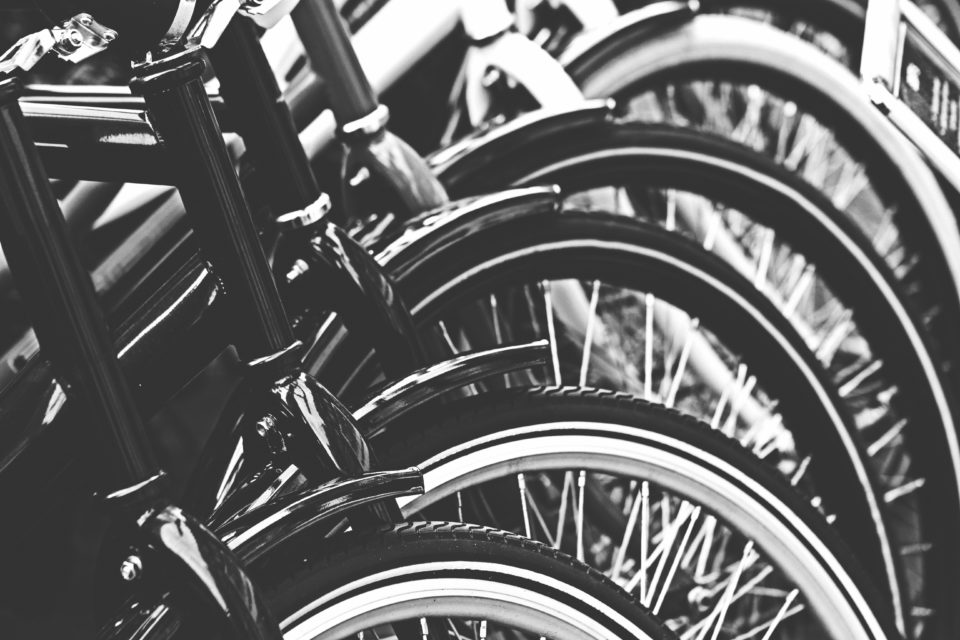 As commutes return and the carpocalypse arrives, can smart investment convince riders to opt out of cars?

The coronavirus crisis has given us a great pause; populations sheltering at home, the economy nearing a standstill, and our roads, rails, and other means of getting to work almost deserted during the height of lockdowns. But the specter of re-opening, even though it’s currently being tested by significant spikes across the country, raises the possibility of a great nationwide gridlock: commuters returning to work, still fearful of public transit, suddenly flooding streets with single-occupancy car trips.

This presents a rare opportunity to reshape travel and commuting habits: the boom in bike sales (April sales in the U.S. were double the same month last year) suggests now is the moment to encourage curious riders to shift their routines. But how best to seize this moment? Transit advocates, researchers, and consultants all see incentives as a smart way to push drivers to switch to a variety of biking options and even micromobility devices and shared scooter networks. While there is discussion of some new and increased benefits at the federal level—federal transportation spending bills under consideration would extend commuter tax benefits to cyclists and bikeshare—commuters in the United States typically need to find support from patchworks of programs at the corporate and government level, which could be improved in ways that provide extensive and equitable economic benefit.

“Storing a car is super expensive,” says Sohier Hall, CEO and founder of Luum, a Seattle-based transit benefits software provider that works with Fortune 100 companies such as Microsoft. “The value-per-square-foot is significantly higher for real estate if you’re leasing it out as useful space. We just need to think twice about building those parking garages; think about the hundreds of millions of dollars in opportunity costs eaten by parking.”

As nations around the globe emerge from this pandemic, governments have raced to create temporary, pop-up bike lanes and pedestrian areas. Will they make the long-term investments in road and protected bike lane infrastructure, as well as incentivizing riders to try vehicle alternatives, necessary to seize this moment?

“It’s imperative that policy shapes the next steps,” says Caroline Samponaro, head of micromobility and transit policy at Lyft. “Do we return to the status quo, or do we put people first, with more resilient transit system and streets built for people biking and walking?”

Lockdowns and a global work-from-home experiment, which has diluted rush hour traffic, has provided a unique opportunity to change behavior, as workers who haven’t been doing essential jobs have been able to slowly return to their workplaces over the last few months and experiment with bikes or scooters. Professor Chris Cherry, a transit researcher at the University of Tennessee, says this changing transit landscape has widened the pool of car-free transit advocates, going beyond the “Lycra-clad diehards” to a “whole new user group interested in riding bikes.”

With electric bikes especially, this movement is building on existing momentum, says Morgan Lommele, director of state and local policy at People For Bikes. The e-bike market has doubled year-over-year for the last five years, she says, before unprecedented COVID-era demand led to shortages and backorders. Electric bikes “get people who don’t ride bikes to try them,” Lommele says. A number of pre-existing U.S. incentive programs have worked to varying degrees: in California, AB 400, signed in September, provides vouchers of up to $7,500 for those who trade in gas-powered cars for electric vehicles, including bikes; the electric utility in Burlington, Vermont offers a $200 rebate for customers to buy an electric bike; and in Boulder, Colorado, the county government asked bike retailers to negotiate with bike makers for discounts, and then provided free advertising to help encourage residents to buy e-bikes. 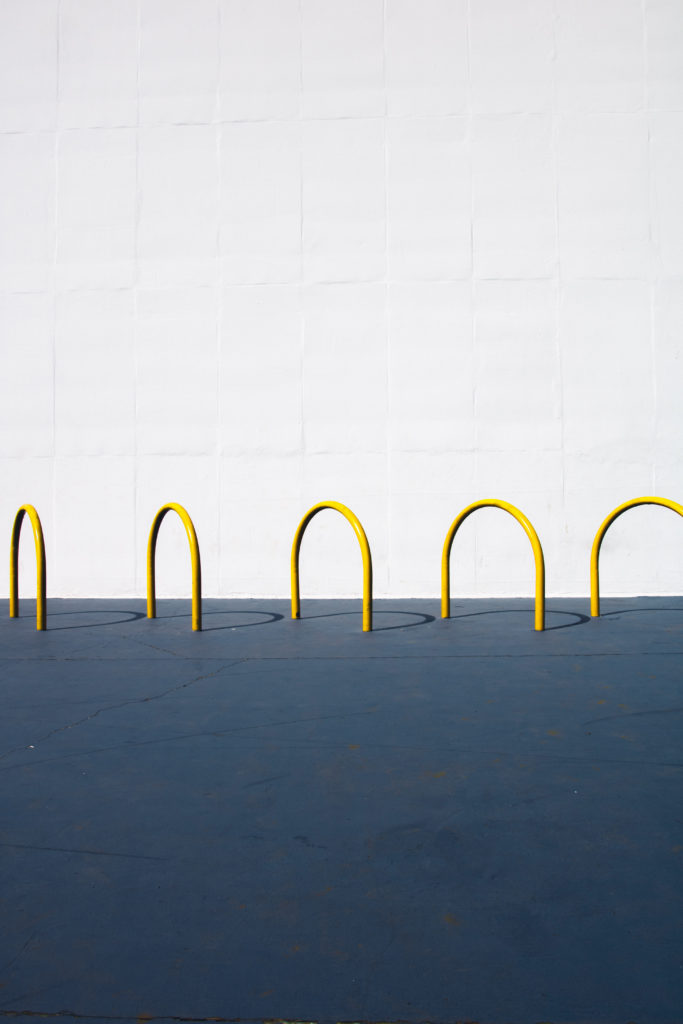 Another scheme, currently a legislative proposal in Massachusetts, would establish an e-bike rebate program offering a $300 baseline rebate and an expanded $500 rebate for low-income households and those living in areas identified as being extremely damaged by pollution.

The United States lags behind Europe, which has been especially aggressive in incentivizing e-bike purchases. Governments in Spain, France, the United Kingdom, Germany, and Austria have launched new programs in the wake of the pandemic, building on many existing incentive schemes, according to Holger Haubold, a director at the European Cyclists’ Federation. There are also corporate and private programs to encourage transit shifts: in Belgium, roughly 90 percent of employers offer incentives to buy bikes, while many countries have banks that specialize in bicycle leasing. Haubold says the program of direct incentives for individual e-bike purchases, which typically reimburse cyclists €300-€500 ($337-$552), have provided “a great kick” for the electric bike market. He believes many of the one-time programs may be extended in the wake of the pandemic, providing even more of a push.

Lommele says it’s hard to evaluate the effectiveness of U.S. incentive programs: first, what dollar amount will overcome the sticker shock first-time buyers experience when buying electric models that can run more than $2,000; and second, how far can these programs really go without the right infrastructure and a protected bike lane network? Right now, People for Bikes is researching existing programs to see what brings in new riders, as opposed to just “poaching” existing bike commuters trading up to electric models.

Another incentive program at the federal level, a proposed expansion of the commuter tax benefit to include bikeshare networks via the Bicycle Commuter Act, would offset roughly $50 a month. It would encourage potentially millions of Americans to choose bikeshare, says Lyft’s Samponoro, including the company’s network of bikeshare systems in big cities such as New York City.

“As we look at China and countries in Europe, we’re seeing lots of signs that bike share is playing a critical role in the recovery process,” she says. “This should be about behavior change. If we don’t have city-level transit that’s scalable, if making this change is on the individual, that’s not what a systems change is about.”

Cherry agrees that more help is needed, but sees a role for employer-sponsored programs, especially those that can help first-time users overcome the sticker shock of electric bikes and provide a reason to get out of a car and ditch the typical commute, and hassle of parking.

“These incentives make so much economic sense,” he says. “It’s expensive for companies to provide parking. Getting employees out of their cars isn’t just altruism. Companies can cash out on parking investments by giving the same money for e-bikes.”

Hall, the CEO of Luum, says the corporate clients at big multinationals who come to him for transit benefit advice typically have offices in dense urban environments, and recognize how “crazy expensive” parking can be, and see a way to improve employee health, help the environment, and most importantly, help their bottom lines. One Luum client, a Seattle hospital system, was looking at expanding parking with a new facility that would run $50,000 per spot, before deciding to instead invest that money into transit incentives.

“The thesis right now is that now, post-COVID, more people will be driving alone, and transit service is way down,” he says. “Companies don’t have all this money for new parking and people who take the train need alternatives. Now, the transit benefit conversation among executives has completely changed.”

Parking, says Hall, is where the shift to more sustainable cities begins. Charge more for parking, create little incentives to take other modes, and work with supply and demand, and companies can encourage sustainable travel. Free parking is a subsidy; why not spread that subsidy in different ways, and utilize expensive real estate for more than empty asphalt?

“Broadly, companies can be categorized as having a vision and not having a vision,” says People for Bikes’s Lommele. “Those that do, realize getting 5-10 percent of employees riding to work has such a wide swath of health, human resources, and employee benefits.”

Cherry says corporations have tried other means to encourage employee adoption of electric bikes; some companies have bought fleets, and Google ran an early pilot program. But even loaner programs work. A study in Norway found that the usage impact is sustained; users stuck with e-bikes for a year if given a chance to try them out for a few months. Lyft has launched critical worker membership programs during the pandemic, offering free rides on shared bikes and scooters, and considers them a success, says Samponaro. More than 20,000 riders signed up in New York City alone, with hospitals becoming some of the most popular stops in Lyft’s micromobility network.

The bike business, especially suppliers and retailers selling electric models, has experienced a whiplash, from canceling shipments in March to suddenly being in high-demand and labeled an essential service. It’s been double the demand and half the supply this spring and summer.

Freedom + Community: Why I Started Kibbo