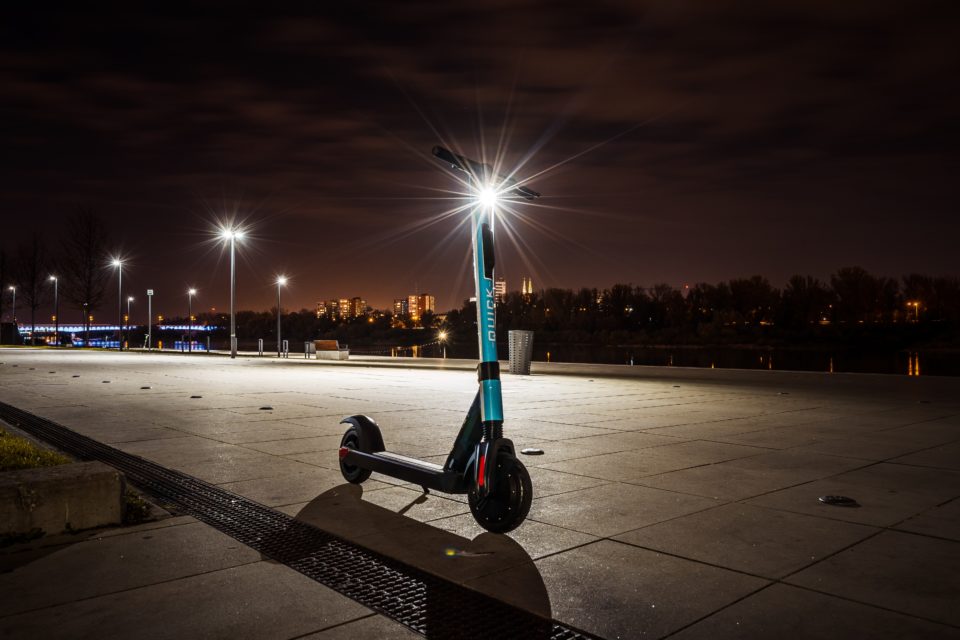 There has been no shortage of bad news for the micromobility industry in 2020. Beginning with increased investor skepticism — global venture capital investment in the sector declined 50% year-over-year between 2018 and 2019, according to PitchBook, due to fears of “money-losing, capital-intensive business models” — a series of unprecedented world events, including a pandemic and widespread protests in U.S. cities, have kept riders inside, isolating, and wary of shared scooters and bikes. Consumer spending on scooters in the U.S. almost completely disappeared by early April, fleets were pulled in cities across the globe, and well-funded unicorns like Bird announced massive layoffs. PitchBook projects an 80% drop in global ridership in the second quarter of 2020.

But Bonte and many others see, if not a full-scale return to the rapid expansion of 2018, a measured recovery. As the transit world adjusts to post-COVID realities, the same pitch the micromobility industry has used since it began—a more flexible, sustainable, car-free, last-mile transit solution—makes shared bikes and scooter an even more “vital part of the mobility mix,” says Bonte. Seeing a mid-year shutdown turn into a resurgent fall may be an unexpected silver lining for startups.

A notably different transit landscape may make the appeal of micromobility more durable. The need for additional space and new transit options in a socially distanced world has galvanized city leaders to rapidly designate car-free streets and create additional bike lanes. Globally, that means more than 1,600 new miles of protected space for bikes and scooters, per the Open Streets Project. Could some of these become micromobility superhighways?

“It’s been an acceleration to add so many bike lanes,” says Rebecca Hahn, chief communications office for Bird. “This shift has moved the regulatory conversations we’ve been having five years into the future. Cities are moving a lot more quickly.”

In addition, post-lockdown, transit ridership is plummeting in global cities, and analysts fear personal car usage may spike; an IBM survey released May 1 found 20 percent of regular transit riders would no longer take buses and trains.

It’s a watershed moment for the industry.

“Micromobility will be the transportation winner from COVID-19,” says Tom Schreiber, founder at Perch, a company that provides charging solutions for gig workers and scooter companies.   “Early anecdotal signs support the theory that bus riders feel safer about their odds riding a scooter and getting hit by a bus compared to being in one.”

Schreiber feels that the industry was on the right track pre-COVID, transitioning from expansion to smart growth, without relying on nine-figure raises from venture capital every few quarters. Consultants from McKinsey found, despite naysayers, the industry has “attracted a strong customer base and has done so roughly two to three times faster than either car sharing or ride hailing.”

Asad Hussain, a mobility analyst at Pitchbook, believes in a comeback. Over the long term, he wrote, “riders will seek out low-cost, fast, accessible transportation options,” and investors should view the sector as a solid long-term play. He believes micromobility already hit a turning point this past fall: unit economics were going in the right direction, and the industry has always had relatively stable pricing (especially compared to subsidy-happy ridesharing firms). Scooter companies especially have focused on increasing vehicle durability and reducing the variable costs of fleet operations, and many past difficulties have been resolved. During a Micromobility Industry webinar on May 26, Joe Kraus, President of Lime, said the company would have been cash flow positive in April, were it not for the pandemic, and its last fundraising round of $170 million in May will be enough to get it to long-term profitability.

“Even those bullish about the industry didn’t expect to see this level of resurgence,” Hussain says. “We’re at a really exciting place. It’s a watershed moment for the industry.”

Part of micromobility’s return will be taking mode-share from public transit, and perhaps working in concert with financially battered city transit agencies via new public-private partnerships. Regina Clewlow, founder of Populus, a mobility data platform provider, says she’s seen a number of cities around the world utilize micromobility services to fill in service gaps where regular service was curtailed for health and safety reasons. Detroit, for instance, asked Ford-owned Spin to send in more scooters when the city cut certain bus routes. Lyft has launched discounted or free bikeshare access or memberships for essential workers in large cities across the U.S. In New York City, Citibike offered 18,000 memberships to critical workers, and scooter riders are free for transit and healthcare workers in five markets. 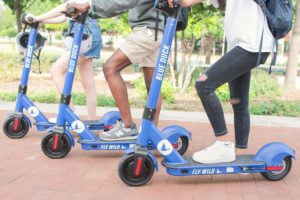 “You’re going to see greater utilization of assets,” he says. “Cities understand it’s a safer method of transportation in this particular moment.”

Lime’s business has come back from coronavirus quicker than anticipated, Kraus says, adding that by late May, the service was back in half of their markets globally. He believes this is “micromobility’s moment,” due to foundational shifts at the rider level around changing habits and at the city level around installing infrastructure. There’s a new level of government support from cities, including increases in fleet size in Italy, and funding in Italy and France in ways similar to funding given to public transit.

McKinsey estimates that 60 percent of car trips globally are 8 kilometers (roughly 5 miles) or less, and vehicle traffic in many city centers averages 9 miles an hour during peak travel times, before an expected onrush of cars. Micromobility could cover those trips, and roughly 20 percent of public transit trips, all with the ability to bypass road congestion.

In some cities that have started to come out of lockdown, the performance of micromobility operators has been promising. In China, bikeshare operators including Hellobike, Mobike and Didi Chuxing have seen ridership increases of 150% or more this spring (as compared to the low point during the lockdown) as workers began resuming daily commutes. Helbiz, an Italian-American bike and scooter operator, has grown its subscription service, a partnership with Italian cities such as Milan and Rome and the country’s COVID-19 recovery task force. The program, which charges riders €29.99 a month for unlimited rides, will expand to 8,000 vehicles this month, from 6,000 in May.

Bird, which was operating in about 100 cities globally before the pandemic hit, is now back offering limited service, with increased sanitation procedures, in half of those markets. Scooter activity has hit “pre-pandemic levels of utilization,” says Hahn. Even more indicative of consumer shifts, and becoming more of an option for commuters, Bird says riders have been taking longer trips, 50 percent longer or more than they were before the lockdowns.

Hahn credits those shifts to both changes in consumer demand, as well as changes in the way cities and providers are working together. Santa Monica, California⁠—where the city cut the number of operators from 4 to 2, but kept the same numbers of scooters⁠—showcases a shift that has helped increase network size and assist with efficiency and operations costs. London and the United Kingdom, previously cold to micromobility services, have made expanding ridership part of a larger COVID-related transit expansion (and may soon legalize electric scooters on all public roads and cycle lanes), and Italian cities are offering more incentives and subsidies for riders to use or even purchase bikes and scooters. Schreiber believes many companies will eventually figure out viable subscription models.

Budget shortfalls and car congestion fears mean a greater potential for mutually beneficial arrangements between micromobility providers and cities. Spin, for instance, has worked with Dayton, Ohio’s transit agency since August in a unique new partnership that finds the city handling daily operations for the service. Many analysts believe these kinds of arrangements may be the future; Schreiber says it’s important to remember that municipal/startup collaboration around micromobility has been “light speed” compared to rideshare and autonomous vehicles.

While micromobility has been battered by COVID-19, the ease of deployment and flexibility of these services means they may come back stronger. Plenty of consumers may also look to buy their own bikes and scooters; electric bike sales in the first quarter of 2020 were up 90 percent in the U.S. alone. 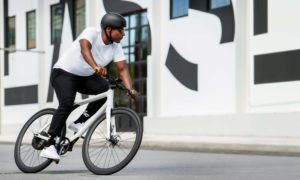 Gogoro, known for its battery-swapping scooter network in Taiwan, has just entered the U.S. market with Eeyo, a high-end electric bike. Jason Gordon, a Gogoro vice president, feels that the bike’s arrival is perfectly timed with a moment that could permanently shift mobility, and micromobility, worldwide.

“For the first time in the auto era, people everywhere are simultaneously reevaluating how they get from point A to point B,” he says. “Recent events have truly created an incredible opportunity.”

From micromobility and autonomous vehicles, to bus rapid transit and so much more, the future of mobility will convene at CoMotion MIAMI LIVE. Join us, this June 30th & July 1st. 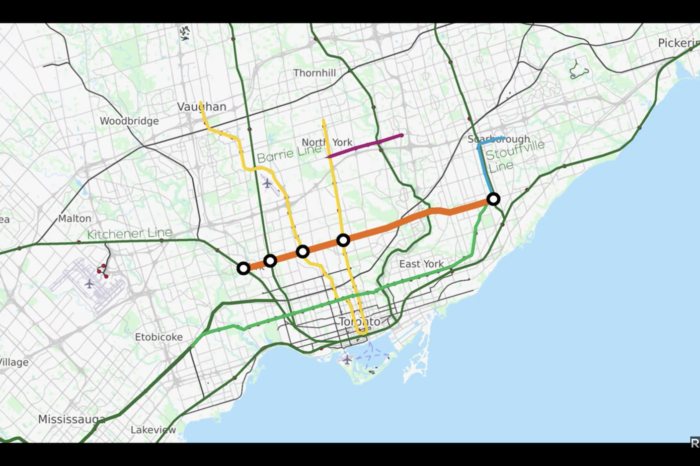