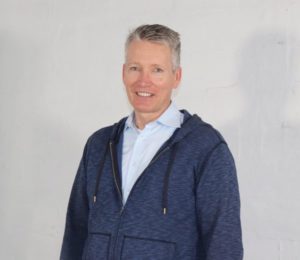 The world of micromobility is as crowded with operators as our sidewalks are with scooters. While some companies are downsizing and exiting markets, there is still an intense amount of competition, as new players emerge, hoping to solve the first-mile/last-mile problem that’s common in many western cities.

Blue Duck Scooters is a San Antonio-based electric scooter operator that’s raised an estimated $18 million in capital and is live in eight markets. And while their hardware and app may at first look familiar to anyone who’s ridden a shared scooter, they do things a bit differently than their larger competitors. Rather than go head-to-head against the likes of Bird and Lime, they focus on bringing their “flocks” to the smaller cities of the Southeastern U.S. and college towns across the globe.

CoMotion sat down with Blue Duck CEO Michael Keane, to gain some insights into their unique approach. As an international business executive with 25 years of experience in strategy, operations and finance, he joined the company in late 2018 as Chief Business Officer and became CEO about five months ago, leading their rapid expansion.

Tell us a bit about your go-to-market strategy, and how you differentiate yourself from larger competitors like Bird and Lime?

Blue Duck is based in Texas, where it was founded in 2018. Our slogan captures our culture and approach to business, which is Micromobility, Southern Style™. This means developing friendly, close working relationships with the cities and communities we serve. We are regionally focused on smaller cities in Texas and across the Southeastern U.S., markets which are often passed over by our larger competitors. This model often allows us to be the exclusive or primary operator in each Blue Duck market.

We work with our municipal partners to craft transportation solutions that meet each city’s unique needs. We engage with residents, businesses, and city staff to determine where in their community we should deploy our scooters – and where we should not. We offer assistance to city staff in crafting ordinances and we provide guidance in establishing parameters such as curfews and parking policies.

We aim to be good neighbors and corporate citizens, and we are committed to the betterment of the cities we serve. 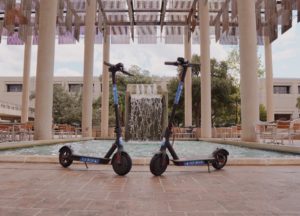 In an impressive feat for a company of its size, Blue Duck crossed the pond to launch in Ireland—becoming the first scooter operator on the Emerald Isle. How are things going in Ireland? Are you working with lawmakers to try and change legislation so scooters can be more widely distributed/driven on public roads?

Things are progressing well in Ireland. We have an ongoing pilot program and we are engaged with lawmakers and various groups to promote micromobility on public roads and greenways. We are working with Smart Dublin, Dublin City University, along with legislative and county officials.

The upcoming elections in the first week of February will determine the direction of the discourse on the regulation of electric scooter sharing in Ireland over the next few months.

What have you learned from the pilot on Dublin City University’s campus?

The pilot is still in early days, but initial results are very promising, showing GPS location to be much more accurate. Within a month we expect to add cameras into the IoT as well, with the objective of boosting location accuracy even further. We look forward to sharing lessons learned as soon as enough data is in to produce statistically significant conclusions.

One thing that is already clear: there will be high demand for scooter use in Ireland once it is legalized. Everyone is abuzz about it.

Speaking of Ireland, we’ve heard you’re using it as a testbed for centimeter-level GPS tracking; has that begun in earnest? Can you tell us more about its benefits?

Centimeter-level accuracy has the potential to greatly enhance our abilities to locate scooters on the road and manage our fleet, but more importantly it will refine our geofencing abilities. If we are successful, we will be able to differentiate a sidewalk from a road or a bike lane, allowing us to comply much more accurately with local regulations and restrictions. 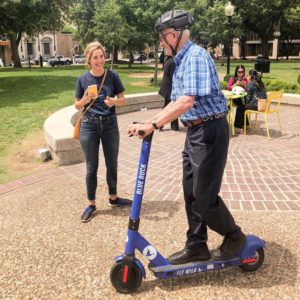 What can you share about the company’s origin story? Are there any important takeaways you’ve learned as you’ve grown, or key learnings from what’s happened at your home base in San Antonio? How is all that shaping your future strategy?

Blue Duck was founded in San Antonio, Texas in the spring of 2018 by Paul A. Bell and his two sons, Eric Bell and Jeff Mangold, following a family trip to Los Angeles, where they witnessed the incipient launch of electric scooters in Venice, California.

They immediately appreciated the positive impact that clean-tech micromobility could have to transform lives and cities. Their vision was to introduce this new technology to smaller cities in Texas and the Southeast and to reject Silicon Valley’s emphasis on “blitz-scaling” — the corporate emphasis on growth regardless of its impact on citizens and communities — and to replace it with Southern-style “blitz-caring,” a civic-minded deployment of scooters in careful coordination with municipal officials.

Our municipal partners have praised our approach to working closely with city staff, police, business and residents to carefully integrate e-scooters into their communities. They appreciate that we hire local staff and set up operations centers in their cities.

Bryan, Texas, Deputy City Manager Joey Dunn said, “The City of Bryan was interested in working with Blue Duck for this pilot program because of its approach to managing their fleet with in-house employees rather than contractors.”

Micromobility, Southern Style™ has proven to be a competitive advantage in the smaller cities we seek to serve.

Are you planning to focus more on domestic launches or will you continue to expand internationally?

Our Dublin pilot notwithstanding, our focus is on the Southeastern U.S. We are building our business on secondary and tertiary markets, much as Southwest Airlines and Walmart did when they were starting out. As I mentioned, we were born in Texas, not Silicon Valley, so we are vested in serving Texas cities and Southeastern states. 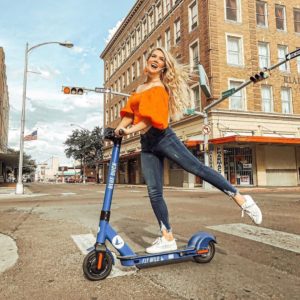 A rider happily scoots along on their Blue Duck through Laredo, Texas

What do you think 2020 has in store for the micromobility industry as a whole? Any trends or predictions you can offer?

This year will bring market equilibrium to the micromobility industry. The focus is already shifting to unit economics, something we have stressed from the very beginning. We will see slower growth, with larger competitors retrenching and exiting markets. Increasing municipal interest in scooters will lead to adjustments to their fee structures to be more realistic in order to encourage scooter companies to operate in their communities.

We are in talks in several exciting markets we look forward to announcing soon. In 2020 we will expand user engagement, gathering critical rider feedback via surveys and outreach events. Look for us to announce loyalty programs to accompany the equitable access programs we launched last year. With regard to hardware, we are in the design phase for innovative and exclusive new scooter models we are very excited about.

Just as Blue Duck is doing micromobility “Southern Style”, CoMotion is doing mobility South American style. Join us at CoMotion MIAMI, where we’ll be gathering the brightest minds and savviest companies from across Latin America, the South, and the world at large. The festivities kick off in the Wynwood Art District this June 25th & 26th. 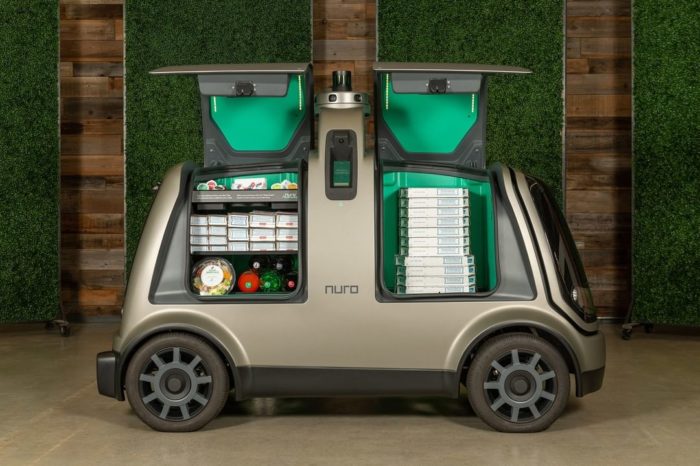