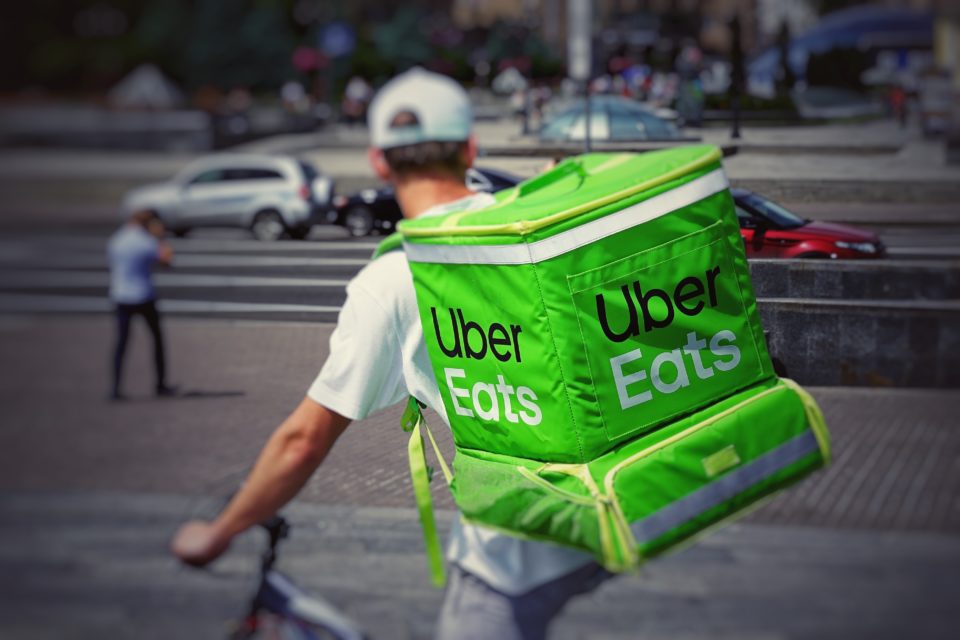 Welcome back to another edition of CoMotion’s weekly roundup of all things mobility! Hope our American friends had a good Super Bowl Sunday. The world of transportation is constantly in motion (pun intended) and this past week was no different. We’ve seen EV companies doing quite well for themselves, with Rivian tapped by Lincoln to build its first all-electric luxury vehicle, and Tesla’s Model Y going into production ahead of schedule. Across the globe: metro networks are expanding, autonomous buses are entering service, and SoftBank is (unintentionally) funding a war among South American delivery startups. All that, and more, in this week’s edition of CoMotion>>NEWS. 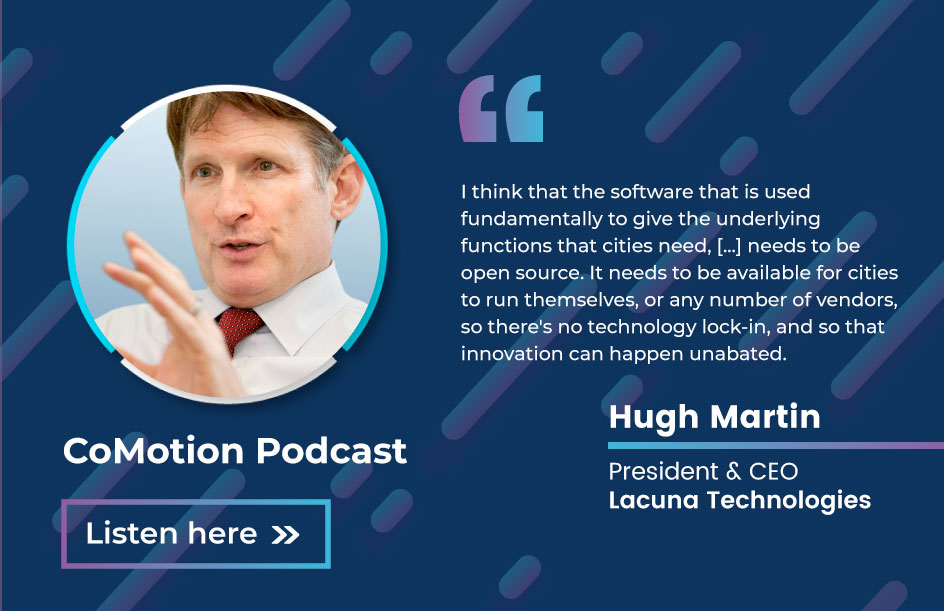 GM all in on EVs/AVs: the automaker will invest $2.2 billion into its Detroit-Hamtramck Assembly plant (which almost shuttered before the UAW International Union Local Union 22 loudly stepped in), enabling it to manufacture BEVs and the self-driving Cruise Origin. Currently, the Chevy Bolt is its only EV offering; the Volt and Cadillac CT6 plug-in hybrids both wound up on the chopping block. Seems like GM is finally making good on its long-standing promises of electrification.

Tracks to the future: Dhaka just started construction on 20 km of metro rail. With hundreds more kilometers planned to break ground in the near future, the Bangladeshi capital is set to quickly leapfrog into the ranks of the world’s largest metro systems. Now if only America was as rich and successful as Bangladesh…

Electric luxury: Lincoln tapped Rivian to build its first all-electric vehicle, using the latter’s highly innovative skateboard platform. Given Ford Motor Company’s late entry to the EV market, working with Rivian could be a good way to catch up with leaders like Tesla and GM.

End of the line: stuck with outdated products like old school corporate jets and problematic railcars, Montreal’s Bombardier is under serious financial pressure. The troubled company seems to have few good options left, especially with Deutsche Bahn’s recent refusal to buy 25 of Bombardier’s trains for $444 million, citing manufacturing defects. Mobility is a competitive market; if you’re not innovating, you’re falling behind…

Bullish on BEVs: looks like 2020 is off to an electrifying start for Tesla. After another profitable quarter, the California EV superstar surprised analysts by announcing its Model Y will begin production ahead of schedule. Will the new Gigafactory in China keep the good times rolling as Model 3’s and Y’s roll off the line? Or will the coronavirus throw a spanner into plans there?

Map app comeback: to better compete with Google, Apple rolled out an update to iOS Maps. New features include improved accuracy, better 3D views, a focus on privacy, and real-time transit info for Miami. We can’t wait to try that last one ourselves at CoMotion MIAMI, April 2 & 3!

Lyft layoffs: amid massive losses, Lyft is cutting 1.6% of its workforce—about 90 people—in a move towards profitability. Despite the downsizing, the TNC still plans to hire “more than 1,000 new employees this year.” CEO Logan Green publicly stated he expects Lyft to become profitable at the end of 2021.

Big news of our own: we are very happy to announce Abdul Latif Jameel unit Jameel Investment Management Company has made a strategic investment in CoMotion. With support from our friends at Abdul Latif Jameel (ALJ)—who’ve made prescient investments in the likes of Rivian and Joby Aviation—we will continue to be at the cutting edge of the Mobility Revolution.

All aboard! Self-driving startup Aurora just secured permission to transport passengers in California. While dozens of AV companies are plying the Golden State’s roads, only four others have the CPUC’s coveted license to carry riders. The vehicles will still require safety drivers, and are prohibited from charging passengers for rides—though several AV developers are lobbying to change that last rule.

Autonomous autobús: Spain’s Irizar is launching Europe’s first full-size, all-electric autonomous bus, entering regular service on the streets of Malaga later this year. The AV will mix with regular traffic along trips from the port to the city center, gathering data for an even wider rollout.

It’s a bird… it’s a plane… it’s a blood sample! UPS and Matternet’s drone delivery service will be autonomously shuttling samples and other items for University of California, San Diego’s Hospital. Certain biological samples are time sensitive, and flying above SoCal traffic is a huge time saver. When lives are on the line, UAVs could be a game changer.

You get a bike lane, you get a bike lane! As part of her master plan to transform Paris into a bike/pedestrian-centric city, Mayor Hidalgo sets a world-class bar for urban climate action, health, and equity by promising to make all streets in Paris bike-friendly by 2024. On the American front, Denver announced it will create 125 miles of new bicycle lanes in just three years.

Ask not whether scooters are safe: On the question of safety, this limited study suggests studying street safety, finding no strong evidence that scooters are more dangerous than bicycles.

For every body: This cyclist is on a mission to change the perception of riders from people with a specific body type to just about anyone, even those who might be overweight. Cycling is for everyone.

Reverberations according to Bird: Bird Sustainability chief Melinda Hanson predicts that as scooters got millions of otherwise bike-agnostic people onto two wheels, they are just the beginning of the micromobility revolution. And Martin Mignot, partner at Index Ventures (a Bird investor), argues how electric bikes and scooters are enabling European cities to consider creating car-free city centers.

GovTech, sharing that the latest transit trend is somewhere between a bus and Uber.

Car and Driver, wondering how far car-free streets will spread in the U.S.

FastCompany, asking if we should let AI design our cities. Color us skeptical.

TreeHugger, interviewing Bird’s head of sustainability on the future of micromobility.

Curbed, offering European cities as an example for how to reduce traffic.

CityLab, reporting that the spine of San Francisco is now car-free. 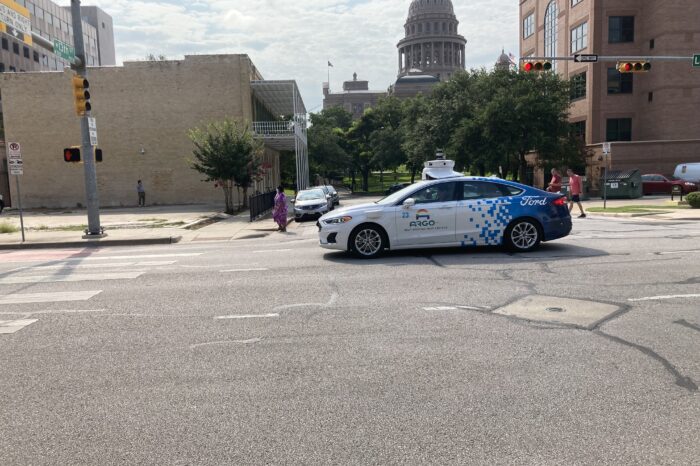 Duck Vs Bird—Blue Duck Scooters CEO On How To Dodge the Heavyweights... and Win