Week in Review: Is Tesla getting its CEO back?

The votes are in! A decisive majority of the 17.5 million Twitter users who took part in Elon Musk’s Twitter poll want the billionaire to step down as CEO of the social network. If Musk respects their wishes, as he promised to do, there will likely be a big sigh of relief at Tesla, whose investors have begun to worry that the world’s most valuable automaker lacks a full-time CEO.

In other potentially good news for Tesla, it is no longer the only automaker under federal investigation for its autonomous driving systems: regulators are also probing mishaps involving Cruise’s driverless robo-taxis in San Francisco.

Will Tesla get its CEO back? It’s hard to keep track of the whirlwind of Elon Musk news, but as of Monday morning the eccentric entrepreneur had posted a poll on Twitter asking users whether he should remain as CEO of the social media company, saying he would abide by the outcome. The result was a decisive “No.” There has been no further word from him on whether he’ll actually leave, but it would certainly be a convenient time for him to do so. It’s not just that his tenure at Twitter has been extremely controversial and unprofitable, but his focus on the social network has angered Tesla investors, who worry that the world’s leading EV maker no longer has a full-time CEO. Stepping away from Twitter may help head off a challenge to his leadership of the company that actually makes him money.

Waymo opens up airport service: You can now get a driverless ride between downtown Phoenix and the Sky Harbor International Airport courtesy of Waymo, the Alphabet-owned autonomous ride-hailing service. The company has been running the service for a month, but only with a select group of “tester” customers. Now it’s open to anyone.

TuSimple to cut half its workforce: The autonomous trucking company reportedly plans to lay off roughly half of its 1,430 employees before the end of the year. The job cuts come two months after it fired its CEO over his ties to a rival Chinese company. TuSimple, which went public in the spring of 2021, is one of a number of high-profile mobility startups that have struggled after going public via SPAC. Its stock is now trading at $1.54, down from a high of $62.58 shortly after going public last year.

The plan for a new New York: A panel of business leaders releases a package of 40 recommendations for a post-pandemic revival of New York City’s business districts, whose character has likely been forever changed by the big shift to remote work. The recommendations include converting office space into residential or mixed-use buildings to allow more people to live within walking distance of work and making certain pandemic innovations, such as sidewalk patios and “open streets,” permanent. Let’s see this in other cities…

Zipline expands partnership with Rwanda: The San Francisco-based drone delivery service, which has been delivering blood in Rwanda for six years, announces an expanded partnership with the African nation to deliver food, medicine, health care supplies and animal care products to rural areas. Its goal is to make 2 million autonomous deliveries by 2029.

Meanwhile, a new drone player Swoops in: Swoop Aero, a drone startup based in Melbourne, Australia, lands a $1.5 million contract from USAID to deliver medical supplies in hard-to-reach parts of certain African countries, including Malawi and the Democratic Republic of Congo. The mid-sized drone can carry 10 pounds for up to 100 miles.

Hyundai may rethink EV plans due to tax credit rules: The Korean automaker says it is struggling with rules requiring EVs to be American-made to qualify for generous tax credits. Although it plans to begin construction next year on a new $5.5 billion EV plant in Georgia, the company concedes it will be tough to meet the stringent made-in-America requirements included in the Inflation Reduction Act. An executive for the company says it may force Hyundai to “reassess where we go.” It’s not exactly clear what that means…

Uber sues to stop NYC pay raise: In response to a lawsuit by Uber, a New York City judge blocks a pay increase for ride-hailing drivers ordered by the city’s taxi commission. The commission had voted to increase driver pay by 7% per minute and 16% per mile, which Uber says will cost it an additional $21-23 million per month. The company argues the commission’s methodology is based on last summer’s high gas prices.

How VR is reshaping vehicle design: In TechCrunch, Harri Weber explains that Honda is shifting from a design approach it has relied on for 90 years. Although it has yet to entirely abandon the use of clay models, it is increasingly relying on virtual reality.

It’s time for tiny cars in America? In Bloomberg CityLab, David Zipper points to the popularity of electric minicars in other parts of the world, notably Asia. In addition to being environmentally friendly and affordable, minicars could be a big help in reducing America’s epidemic of road deaths.

What does 2023 hold for EVs? Reuters takes a look back at the highs and lows for the EV industry in 2022 and what it means for the coming year. While sales of EVs have soared, there has been no shortage of tumult: numerous highly-valued EV startups have floundered, while even the undisputed industry leader, Tesla, has seen its stock price drop by more than half. 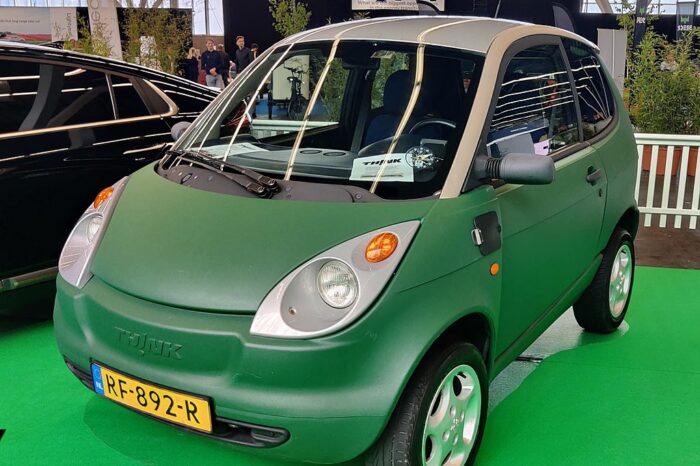 Week in Review: Get ready for another huge year for EVs