Even in auto-obsessed America, trains still matter a great deal. Just ask Joe Biden, who spent much of last week working to avert a strike among freight rail workers that threatened to wreak havoc on an already-embattled supply chain.

Meanwhile, an amateur hacker manages to breach Uber’s computer network and humiliates the company by sharing evidence of the breach with major media outlets.

Biden averts a rail strike: Since relatively few Americans ride trains on a daily basis, it’s easy to forget just how important rail is to the U.S. economy. Make no mistake, freight trains are a very big part of the supply chain, so it’s a big deal that unions representing thousands of rail workers have reached a tentative deal with rail operators to avoid a strike. Union members still must vote to approve the deal, which includes a 24% pay raise. It’s a huge relief for President Joe Biden, who took an active role in brokering the deal, and is obviously anxious to avoid any supply chain disruptions that could exacerbate inflation, which his greatest political liability heading into the midterm elections.

Uber gets hacked (again): Someone appears to have gained entry to the ride-hailing giant’s computer network and is getting a kick out of it. An anonymous person who says he is 18-years-old took credit for the hack and sent photo evidence to the New York Times and cybersecurity experts, who concluded that he gained full access to the company’s system. In 2016 Uber paid a secret $100,000 ransom to hackers who had gained access to information regarding 57 million drivers and customers. It did not disclose the breach until the following year.

Germany gets Einride: Swedish autonomous trucking startup Einride plans to begin operations in Germany. The company, which manufactures a unique cab-less self-driving truck, will offer a range of delivery services from shuttling products between plants and distribution centers to first and last mile delivery. To power its electric vehicles, Einride is partnering with Swedish appliance manufacturer Electrolux, which will provide charging stations at its many warehouses in Germany.

Tesla owners sue company over misleading self-driving claims: A group of Tesla owners file a class action lawsuit in the Northern District Court of California against the world’s most valuable automaker, alleging that it misled them on the capabilities of its Full Self Driving and Autopilot systems.

…while former workers sue over layoffs: A U.S. District Court rules that Tesla must inform recently laid off employees of a lawsuit that accuses the company of cheating them out of severance pay. The suit, filed by two former employees, says Tesla required employees to sign separation agreements that entitled them to only one week of severance. The suit alleges the company was required by federal law to provide eight weeks of pay.

Newsom v. Lyft: Even as he tries to position himself as a bold progressive champion, California Gov. Gavin Newsom is campaigning hard against a proposed new tax on the wealthy that would fund EV infrastructure and wildfire response. In a new TV ad, Newsom urges Californians to oppose Prop 30, which would levy an additional 1.75% tax on residents with incomes over $2 million a year. In the ad, Newsom seizes on the millions that Lyft has donated to the Prop 30 campaign. Faced with a state requirement to have a mostly electric fleet by 2030, Lyft wants the taxpayers to foot the bill for the necessary EV chargers, Newsom alleges. This position puts him at odds with many of his allies, including the state Democratic Party and environmental groups. Some speculate Newsom is worried that increasing taxes on the rich could prompt more wealthy Californians and business owners to relocate to Texas or Florida –– or at least feed the perception that the Golden State is hostile to “job creators.”

FTC sends warning signals to gig companies: The Federal Trade Commission adopts a 17-page policy statement committing the agency to protecting gig workers from a variety of abuses, including being misled by companies about their earning potential. The agency has already started developing rules requiring greater pay transparency from companies – and more rules could very well be on the way.

Live/work like it’s the 17th century: Writing in Bloomberg CityLab, Max Zimmerman tells the history of Kyoto’s unique machiyas, 17th century townhouses that were built to have a shop or workspace in the front and living quarters in the back. Could machiyas offer lessons in integrating labor and life for the world’s increasingly remote workforce?

Should we just settle for driver assistance? The New York Times notes that while many tech observers have had to dial back their predictions on the arrival of fully autonomous passenger vehicles, there are already many autonomous features in place that appear to make driving safer. Let’s build on the successes without getting ahead of ourselves.

Banning the internal combustion engine isn’t enough: While applauding California’s recent move to ban the sale of gas-powered cars by 2035, Wired’s Aarian Marshall says the Golden State won’t meet its ambitious climate targets unless it can get its residents to drive less. It needs to both invest in alternatives to driving and address the housing crisis that is pricing people out of walkable, transit-oriented neighborhoods. 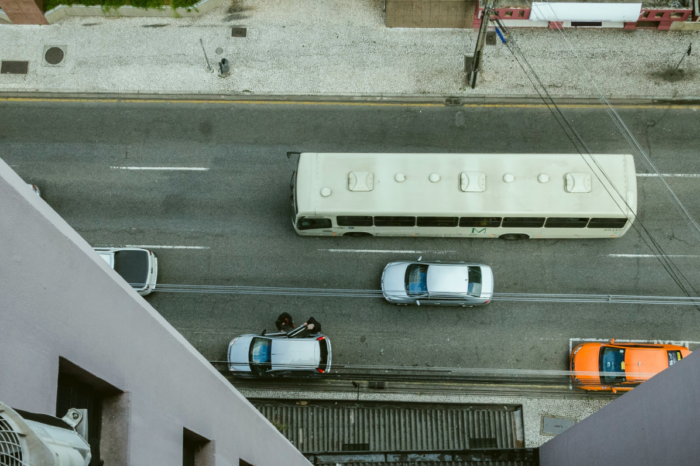 Public Transportation in Latin America: Not the Worst, Not the Best