Week in Review: More losses for Rivian & another price hike for the Lightning

In what feels like a blast from the past, Ralph Nader, the Godfather of U.S. auto safety regulations, has emerged as a fierce critic of Tesla’s “Full Self Driving” system. Meanwhile, Elon Musk sells $7 billion of shares in his car company and considers building a new plant in Canada.

Also, in a sign of things to come, Ohio becomes the first U.S. state to publish a framework for advanced air mobility.

Rivian is pumping out new vehicles but still losing money, Ford hikes the price of the F-150 Lightning, China experiences a cycling renaissance, the EV economy comes to rural Georgia and climate change threatens to make air travel even worse than it is now.

Rivian ups estimated losses: The much-heralded EV maker increases its projected losses for 2022 from $4.75 billion to $5.45 billion due to supply chain challenges and inflation. It still plans to meet its goal of delivering 25,000 vehicles, however.

Ohio publishes Advanced Air Mobility framework: The Buckeye State becomes the first in the nation to develop a framework for regulating advanced air mobility technology, such as electric propulsion, vertical takeoff/landing, and autonomous or remotely-controlled aircraft. State officials worked with a large group of industry stakeholders and experts to craft the framework, including a team from transportation consultants HNTB.

Nader calls for recall of FSD: Ralph Nader, whose criticisms of U.S. automakers in the 60’s and 70’s are widely credited as prompting the creation of many current auto safety standards, calls Tesla’s Full Self Driving system “one of the most dangerous and irresponsible actions by a car company in decades” and urges federal regulators to take action to get it off the streets.

Don’t forget yard trucks!: Orange EV, a Kansas City startup that develops electric yard trucks, raises $35 million in a round led by S2G Ventures and CCI. The company focuses on trucks that tend to spend their entire lives moving goods at a single location: a distribution center, a port, a warehouse or a rail yard. Yard trucks, which tend to be diesel-powered, are well-positioned to go electric because they don’t have to deal with concerns about range and charging that are preventing electrification of vehicles that need to go long distances.

Ford aims for solar-powered plants: Ford inks a deal with DTE Energy to provide its Michigan operations with 650 megawatts of solar power by 2025. This is part of the automaker’s pledge to be carbon-neutral by 2050.

Big price hike for the F-150 Lightning: Citing increases in the cost of batteries, Ford raises the price of its marquee EV by between $6,000 to $8,500. That means the base model will now cost around $47,000, while the version with all the bells and whistles will sell for a whopping $97,000.

Tesla considers new factory in Canada: The automaker is in talks with the province of Ontario to build a new gigafactory there. If Tesla goes through with these plans, Ontario would become its fifth manufacturing location, in addition to Shanghai, Berlin, Austin, Tex. and its original plant in Fremont, Calif.

Musk sells $7 billion of Tesla stock: The world’s richest man sheds nearly $7 billion of shares in his car company in an apparent effort to gather cash in case he is forced to buy Twitter.

Welcome to the Battery Belt: The New York Times takes a look at Commerce, Ga., a small town that is now the site of a massive battery plant run by Korean company SK. The factory’s good-paying jobs are much-appreciated, but residents remain skeptical of the future of electric vehicles that are still mostly out of their price range.

China’s mini cycling boom: Bicycles have been a key form of transportation in China for generations, but their popularity has waned in recent years as more people have been able to afford cars. The pandemic, however, has prompted a surge in interest in cycling as a form of sport and recreation among members of the urban middle class, many of whom haven’t been able to access gyms or participate in group sports due to strict lockdown measures.

Meanwhile, in the U.S…Bike shops that stocked up like crazy in response to the pandemic bike boom now find themselves with a glut of inventory. So has America hit its bicycling limit? Perhaps there aren’t that many more people willing to bike in America’s car-centric cities, but there are certainly more who’d be willing to if local governments start making space for cyclists.

What about speed limits –– in cars? Excessive speed is linked to about a third of U.S. traffic deaths, or about 10,000 a year. So why, amidst all of the various proposed policies for cracking down on speeding, is there never talk of simply preventing cars from going so fast? In CityLab, David Zipper says it’s time for the U.S. to require technology in cars that caps their speed.

Climate change will only make flying worse: Weather-related delays have been a big theme of air travel this year, and climate and aviation experts say things are only going to get worse as extreme weather events become more common in the coming years. Unless governments and airlines invest heavily in updating their air infrastructure and equipment, air travel will likely become less reliable.

Why rush AVs? In the New York Times, tech columnist Shira Ovide questions the value of a “race” among automakers and tech companies to build a fully autonomous car. Races tend to lead to cut corners, she writes. 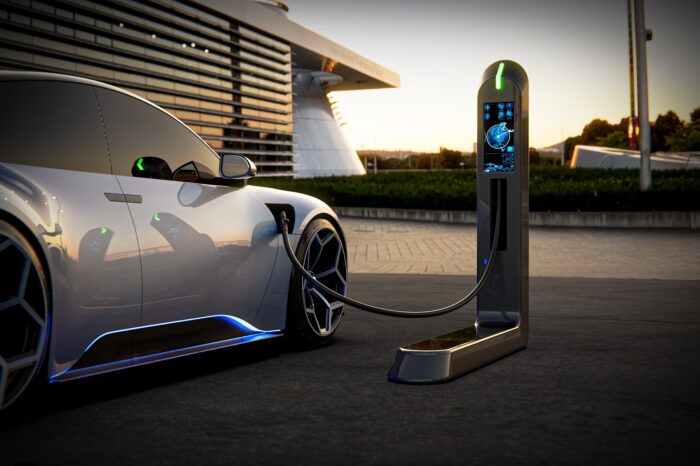 Week in Review: Which EVs qualify for the new tax credit?