Week in Review: Is this the EV opportunity we’ve been waiting for?

Russia’s war on Ukraine continues to have big implications in the world of mobility. In his state of the union address, President Joe Biden seizes on the supply chain challenges that have been exacerbated by the war to make the case for a revival of American manufacturing, particularly in green domains such as EVs.

Even as Democrats and Republicans squabble about rising gas prices, most of them agree that America should halt imports of Russian energy. Meanwhile, even those who are buying Russian oil and gas are getting it at a major discount due to the large number of buyers who won’t touch it. Another apparent casualty of the war is Yandex’s AV testing in Michigan, which the Russian company abruptly halted, ostensibly in response to tensions between Russia and the U.S.

As for the stuff that has nothing to do with the war: Ford announces it’s splitting two companies, Huawei unveils a car, Rivian has a terrible week, Segway has a standing scooter that can go 40 mph, Kia introduces its driverless technology, Sony and Honda join forces to make a car, and an online platform that helps connect you to a pickup truck the one time of year when you actually need one is expanding.

Biden says Ukraine war shows need for EVs, renewables: In his first in-person address to Congress, President Joe Biden says he will take measures to prevent gas prices from skyrocketing in response to the Russian invasion of Ukraine, such as releasing 30 million barrels of oil from U.S. reserves. Above all else, however, he stressed the importance of investing in new energy sources to free America from fossil fuel dependence. He similarly argued that supply chain issues driving inflation underscore the importance of making more things in America; he highlighted semiconductors and electric vehicles. Predictably, Biden’s message was criticized both by Republicans who say not enough is being done to exploit  U.S. oil reserves and by  environmentalists who say more climate change is not receiving the urgency it deserves.

Support mounts for Russian oil ban: While the Biden administration has balked at imposing sanctions on Russian oil and gas out of concerns about the impact on U.S. consumers and industry, a bipartisan effort in Congress to stop importing Russian energy is gathering  steam. West Virginia Sen. Joe Manchin says it is wrong to continue buying Russian fuel and argued that Americans are willing to pay higher gas prices to support Ukraine. Polls show widespread support for the Russian oil ban, although it’s important to note that the poll didn’t ask people how much more they are willing to pay for the moral stand. Meanwhile, in Europe, which gets about 40% of its natural gas from Russia, leaders are not yet talking about shutting down imports.

Russian oil prices dive: Even in the absence of formal sanctions, many companies are shunning the Russian energy industry, leading the price of Russian oil and gas to drop. On Friday Shell bought 100,000 metric tons of Russian crude oil for $28.50 a barrel below the international benchmark, seemingly  the largest  discount on record. This type of informal boycott could spell big trouble for Putin’s government, which derives a third of its budget from revenue linked to energy sales.

Ford announces split: The Detroit auto giant announces plans to split into two companies. Ford Model e will make EVs while Ford Blue will focus on ICEs. Of course, if Ford’s keeps its pledge to eventually transition entirely to EVs, the latter will steadily shrink and eventually disappear.

No room for Tesla: It did not go unnoticed by Elon Musk that Biden highlighted GM and Ford’s major investments in EVs but did not mention Tesla, America’s leading EV manufacturer. Musk interpreted the snub as more evidence of Biden’s pro-union bias, and dared the United Autoworkers to try to win a union election among Tesla workers.

Safety –– or else: The U.S. Department of Transportation signals that it will use the infrastructure bill last year to incentivize safer transportation planning from state and local governments. In guidance to states, the department says that those that show themselves committed to improving safety for all mobility modes will have a leg up as it doles out billions of dollars in grants.

The Magic City model: Supernal, the urban air mobility division of Hyundai, signs a memorandum of understanding with the city of Miami to integrate the company’s future air taxis into the local transportation system.

A Sony car? Sony and Honda are forming a new company to make and sell EVs. Honda will oversee the car manufacturing while Sony will take care of the mobility service platform. Suggested name for the car: the Driveman.

Is a 600-mile really charge worth it? Elon Musk says Tesla could make a car with a 600-mile charge a year ago, but that the battery mass necessary for that kind of range would harm the car’s performance in other areas, such as acceleration and handling. In the long-run, range will hopefully not be as important to customers as chargers become faster and more widespread. At this point, however, those reviewing Mazda’s first EV, the MX-30, agree that 100 miles of range isn’t nearly enough.

Huawei has a car: The Chinese telecom giant begins deliveries of the Aito M5, the first EV with Huawei’s new operating system. The mid-size SUV, on sale  in China for roughly $40,000, is manufactured in China by Seres, also known as SF Motos, a Bay Area subsidiary of Chinese automaker Sokon.

Prices go up, stock goes down: Rivian has a tough week that begins with a 20% price hike for its highly-anticipated pickup truck and SUV, to $79,000 and $84,000, respectively. The automaker says the price increase was in response to supply chain constraints driving up the cost of materials. Facing an immediate consumer backlash, however, the company partially backtracked 72 hours later and, says the original price will be honored for those with pre-orders. The company’s stock finished the week more than 20% down.

When you actually need a truck: Fetch, an Atlanta startup recently scored $3.5 million for its self-service truck rental platform. It’s been operating  for nearly five years, but recently expanded to Washington D.C., Baltimore, Philadelphia and Dallas. It claims its service is more convenient and cheaper than renting from U-Haul. Will Fetch and similar services translate into fewer people buying trucks? We wouldn’t bet on it.

Yandex pauses U.S. operations: The Russian digital services leader halts its AV testing in the U.S. The Moscow-based firm has been testing robo-taxis in Ann Arbor, Mich. and a sidewalk delivery robot through a partnership with GrubHub. The company’s statement did not mention the tensions over the Ukraine war; it only said it hopes to resume U.S. operations soon. That kind of depends…

Kia unveils Automode: The Korean automaker’s new electric SUV, the EV9, will be the first to include Automode, its autonomous driving system. Its capabilities remain somewhat unclear, although it appears to include hands-free highway driving. And, as is the case with many AV systems, owners may see the system improve over the years through over-the-air updates.

40 mph standing: Segway’s newly released $4,000 e-scooter can go up to 43.5 mph. At 114 pounds, it’s a very different animal than the comparatively flimsy devices available in the sharing economy. But 40 mph standing? At the very least, please wear a helmet!

Time for bike lanes in the burbs: A resident of Montclair, N.J., a famously liberal enclave outside of New York City, asks why her local government is so reluctant to create bike lanes. Shouldn’t environmentally-conscious families want healthy ways for their kids to get around safely?

The New York Times looks at one company’s pursuit of success in EV charging. 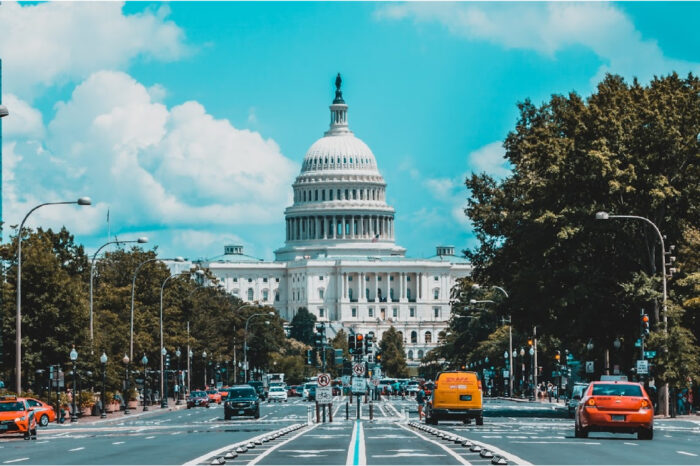 CoMotion LIVE 03/23: Paving the Way To Vision Zero: How Technology and Safety Must Merge