If Richard Branson’s journey into space briefly distracted you from the mobility news back on Planet Earth, we’re here to catch you up.

Auto giant Stellantis, the parent company of Fiat Chrysler and Peugeot, joins the EV arms race, pledging to invest $35 billion in EVs through 2025 — putting it on par with GM and Ford but well behind VW. Speaking of VW, the world’s largest automaker and two of its German peers, BMW and Daimler, are in big trouble with the European Union: they admit to colluding to limit the use of emissions control technology. In other government news, Canada has moved up its deadline for all new cars to be zero emissions, New Jersey is reauthorizing a $5,000 EV rebate, Seoul is cracking down on illegally parked scooters and the Brazilian state of Ceará is teaming up with a French energy group on a massive H2 project. On the innovation front, startup Halo is testing a ride-hailing service in Las Vegas that uses remote-controlled cars and GrubHub is partnering with Russian giant Yandex to make autonomous food deliveries on U.S. college campuses.

Stellantis adds muscle to EV plans: The auto giant behind Fiat Chrysler and Peugeot announces plans to invest $35.5 billion in EVs through 2025. Among the new models the company plans to release are electric versions of every Jeep model, an electric Ram pickup truck and an electric Dodge muscle car. The ambitious spending pledge comes after other OEMs have made similarly enormous EV commitments in the same timeframe. VW had pledged $86 billion, GM $35 billion and Ford $30 billion. A billion here, a billion there and pretty soon you’re talking about real money…

The Ultimate Driving Cartel: Six years after VW admitted to using software to deceive government regulators about diesel emissions, the automaker and two of its peers admit to illegally colluding to limit the use of emissions controls. The three German automakers met in secret for years and agreed to pass up on better emissions controls technology to avoid getting into potentially costly competition on the issue. In a settlement with the European Union, VW will pay €875 million in fines, while BMW will pay €502 million. Daimler, however, is off the hook because it blew the whistle. It pays to tattle.

Canada mandates ZEV by 2035: The Canadian government moves up its deadline for all vehicles to be zero-emission from 2040 to 2035.

Garden State giveaway: New Jersey is once again offering residents a $5,000 EV rebate, one of the most generous state subsidies in the country. The program was launched last year and helped 7,000 New Jerseyans buy EVs before running out of money in December. Gov. Phil Murphy, however, pushed for more funding in the recently-approved state budget in hopes of getting 330,000 EVs on Garden State roads by 2025, up from only 41,000 at the end of last year.

Tesla offers cheaper Model Y in China: The U.S. automaker is offering a cheaper version of the Model Y, with shorter range, to customers in China. The vehicle lists for about $42,600, a price point that makes it eligible for government subsidies. Tesla is facing stiff competition from Chinese rivals, including BYD and SAIC-GM, a joint venture between the American and Chinese auto giants. Both companies outsold Tesla in China last month.

Not all Jersey trains go to New York: Local leaders are considering a light rail line connecting the state’s largest city, Newark, with its third largest, Patterson. Conveniently, there is already a freight rail line between the two cities that could be converted to passenger rail. The conditions are ripe for high ridership: a large percentage of residents along the rail corridor don’t own cars and commute to one of the two cities for work.

More cash for open source tools: Lacuna Technologies, which provides AI tools to help cities monitor and manage mobility, raises $16 million in a Series A round, bringing the Palo Alto startup’s total raise to $33.5 million. Lacuna has helped a number of major cities (Seattle, LA, Miami) create digital twins of their mobility networks and says it plans to use the new capital to expand into new markets and work with cities to monetize the digital right-of-way, whether that’s the street, the curb, or the air-space above cities that drones will one day occupy.

A European truck charging alliance: VW, Daimler and Volvo are investing €500 million to build a network of 1,700 electric truck charging points near highways, beginning in 2022. The three companies will be equal partners in a joint venture based in Amsterdam.

Renewable H2 marches forward: Qair Brasil, a subsidiary of French energy group Qair International, is teaming up with the state of Cearà in northeastern Brazil on a $6.95 billion green hydrogen project. Together they’re planning to build a 1.2 GW offshore wind farm and a 2.2 GW electrolysis plant that can produce up to 296,000 tons of green hydrogen annually.

Is the 5th time the charm? It’s been three years since Taiwan’s massive contract manufacturer Foxconn opened up a manufacturing facility near Milwaukee to great fanfare, promising to create 13,000 new jobs in exchange for nearly $3 billion in incentives from the state of Wisconsin. However, the plant has sat largely idle as the company has repeatedly backed out of announced plans to manufacture various products: first it was LCD screens, then smaller TV screens, then robotic coffee kiosks and finally ventilators. Now, however, Foxconn is in talks with Fisker, the California-based EV maker, to manufacture cars at the facility. On Wisconsin!

Robots to deliver midnight munchies: GrubHub is launching a partnership with Yandex, the Russian tech giant, to deliver food to American college kids via Yandex’s six-wheel autonomous delivery vehicles. College campuses, which are often difficult to access by car, offer a good opportunity to experiment with new delivery technology. We’re assuming the offering will not be limited to borscht and blinis…

Remote controlled cars in Vegas: Well, this isn’t quite “autonomy” news yet, but it does involve an AV startup, Halo, which is launching a fleet of remote controlled rental vehicles in Las Vegas. With the help of a T-Mobile 5G network, remote operators will deliver the car to the customer, who will then take over.

Argo AI chooses Citi & JP: The self-driving startup backed by Ford and VW chooses JP Morgan and Citigroup to lead a financing round before it goes public. The Pittsburgh-based startup plans to go public by the end of the year at a valuation of roughly $7 billion, but it has yet to announce whether it will do so via an IPO or a SPAC.

Who’da thunk it? After yet again pushing back the release of the latest version of Tesla’s Full Self Driving software, Elon Musk concedes that making a fully autonomous vehicle is tough. “Didn’t expect it to be so hard, but the difficulty is obvious in retrospect,” he tweeted. Well, OK, Elon.

Only $12K for a Beamer: We’re talking of course about BMW’s new electric city scooter, the CE 04. A spokesperson for the automaker points out that the price point is mid-range among motorcycles and much cheaper than an electric car. It will also be a lot easier to find parking in a big city. Granted, it’s still much more expensive than most other mopeds…

Seoul gets serious about scooter parking: The South Korean capital will begin to tow illegally parked e-scooters, charging micromobility operators a 40,000 won ($35) towing fee as well as 700 won (61¢) for every 30 minutes the scooter is in custody.

The Verge takes a look at Simulation City, the virtual world where Waymo tests out its AVs.

Mother Jones says it’s time for America to recognize public transit is a public good –– and fund it accordingly. 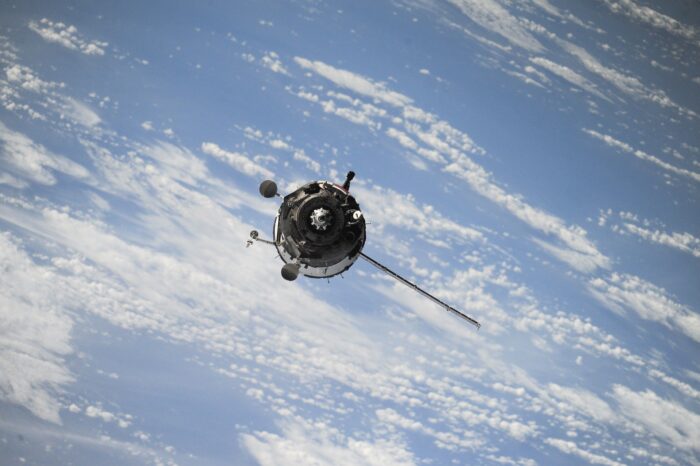