We’ll start with the bad news: Russia is doubling down on coal and a new study shows that people of color in the U.S. are far more exposed to pollution than whites. Then there is a fair bit of news that might anger or delight you depending on your politics and your location, such as the Biden administration’s talk of requiring gig workers to be full employees and GM’s fight with the UAW over plans to build EVs in Mexico. But there are some things that we should all welcome, such as GM’s plans to build out a massive network of EV chargers, Russia and France collaborating on low-carbon hydrogen power, rising ridership for NYC subways, the proliferation of e-bikes for under $2,000 and an innovative new way for Las Vegas residents to access transit and bike-sharing.

Labor Dept spooks ride-hailing companies: U.S. Labor Secretary Marty Walsh says that “in a lot of cases” gig workers should be classified as employees, prompting shares of Uber, Lyft and DoorDash to fall sharply. The Biden administration has already proposed a new rule to undo Trump-era regulations that make it easier for companies to classify workers as contractors. Biden has struck the most pro-labor tone of any president in recent memory. A Washington Post analysis finds that Biden has already made 66 supportive references to unions in his first 100 days. In contrast, Obama only made 89 such comments during his entire first term.

And Revel piles on: At the same time that the Biden administration is scrutinizing Uber and Lyft’s use of contract labor, Revel, the NYC-based shared mobility operator, launches a new “all-electric, all-employee” ridesharing service. In other words, the people driving the company’s fleet of 50 Teslas in New York will all be full-time employees, rather than contractors. In a press release announcing the launch, the company included a statement from U.S. Rep. Richie Torres, D-NY, commending Revel for providing “sustainable transportation options” and “protecting and promoting workers rights.”

MaaS in Vegas: The Regional Transportation Commission of Southern Nevada becomes America’s first transit agency to offer an app through which users can pay for both transit passes and bike-sharing. Through the app, developed with Montreal-based Transit, customers can access 150 bikes at 21 docking stations throughout the Vegas area. RTC collaborated with Transit, bike-sharing provider Bicycle Transit Systems and BCycle, a provider of bike-sharing hardware. We like where this is going…

Russia looks to coal in the east: While government policy and market forces are showing coal the exit in the west, Russia sees tremendous potential in massive coal deposits in an isolated corner of northeast Siberia. The government recently released a plan to increase coal production by 50% by 2035. It hopes to become a major supplier to China and other Asian countries that are poised to increase their coal consumption in the coming years.

GM Diss-Union? America’s largest automaker announces plans to invest $1B in EV production at its plant in Ramos Arizpe, Mexico. Leaders of the UAW, the union representing 47,000 autoworkers in the U.S. and Canada, calls it a “slap in the face” to union members and to U.S. taxpayers, noting that GM is also vying for billions of dollars in support from the U.S. government. Indeed, although it’s hardly guaranteed to pass, President Biden’s proposed $2.3 trillion infrastructure package includes $176 billion to support the development and adoption of EVs.

GM networks: GM is partnering with seven different charging providers that run a combined 60,000 charging stations throughout the U.S and Canada. The goal is for owners of GM EVs to be able to easily locate an available charger through the GM app. The app will display real-time data so that owners know whether the charger is already in use. GM has already partnered with EVgo to set up fast-charging stations in Florida, California and Washington state.

The Californians who quit EVs: A study by the University of California-Davis and the California Air Resources Board on early EV adopters in California finds that roughly 20% of those who purchase EVs “discontinue” EV ownership. People who ditch their EVs, according to the study, are younger, less affluent and have fewer total vehicles on average. Women were also more likely to discontinue use than men. Tesla owners were the least likely to walk away from EVs (only 11%); the most likely were Fiat 500e owners (36%).

A new normal for New York’s subways: New York City subways have begun to regularly attract more than 2 million riders a day for the first time since the pandemic. If that sounds impressive, it’s still about 60-65% below the pre-pandemic average. Although ridership is expected to continue climbing as vaccination increases and more of society “returns to normal,” some believe that many pre-pandemic MTA riders won’t return due to increased remote working, more people buying bikes and cars and concerns about crime in the subway.

Driverless cabs in Beijing: Chinese tech behemoth Baidu kicks off paid driverless ride-hailing in Shougang Park, a tech-heavy district in Beijing. The company says it aims to roll out the service in other cities throughout the country soon. Customers can hail and pay for rides through an app. This comes nine months after Chinese startup AutoX, backed by Baidu’s e-commerce rival Alibaba, began offering driverless rides in Shanghai.

A Lyft for Toyota’s driverless dreams: Woven Planet, a subsidiary of Toyota, buys Lyft’s self-driving unit for $550M. Lyft is following the example of chief rival Uber, which last year shed its AV unit as well as other divisions unlikely to generate profit in the near-term. Like Uber, Lyft has never been profitable — but says that by freeing itself of the $100 million-per-year AV unit, it may be able to achieve adjusted EBITA profitability by Q3 of this year. Meanwhile, it will continue partnerships with third parties, including Woven Planet, aimed at developing commercial robo-taxi services.

UK rolls out first AV rules: The UK government unveils the first of a series of regulations governing autonomous vehicles. The Department of Transport is kicking things off by authorizing the use of automated lane-keeping systems on roads with speed limits under 60 kph (37 mph) this year. The regulations will not mandate that drivers have their hands on the steering wheel but they will need to be able to take over within 10 seconds of being alerted by the system. Sounds reasonable to us.

Waymo looks for more money: The AV subsidiary of Alphabet will consider seeking more funding from outside sources, say the company’s two new CEOs, Dmitri Dolgov and Tekedra Mawakana. Waymo already got $3.25 billion in a funding round last year but it’s looking for even more investment.

Who needs VCs? Not micromobility startups, says Wunder Mobility. The German company, which sells software to shared mobility providers, is kicking off a new service that offers new micromobility operators quick access to capital. Rather than going through the trouble of seeking funding rounds, new operators can set up a network and order vehicles directly through Wunder’s system and then pay for them through a revenue-sharing agreement. These agreements, Wunder argues, allow startups to far more quickly scale up their fleets in response to rising demand than they would be able to do via the lengthy VC funding process. Interesting model…

Mixed feelings about open streets: The pandemic prompted many cities across the world to rethink streets by reallocating right-of-way from cars to pedestrians and cyclists. With the pandemic (hopefully) receding, some residents and leaders — and we at CoMotion — believe these experiments should become permanent. A survey of New Yorkers finds a majority want the city’s open streets program, which reimagined 67 miles of roadway, to be expanded — and City Council is poised to do so. Elsewhere, there is much less support for their continuation. In Austin, Tex., for instance.

The best e-bikes for under $2,000: As demand for e-bikes skyrockets, manufacturers are increasingly looking to serve customers at lower price points. Cycling News has a handy rundown of great options for under two grand. These bikes are certainly here to stay.

Bloomberg looks at the city Toyota is building two hours from Tokyo to test autonomous cars.

NPR writes about the rush for lithium in California’s Salton Sea.

A Wunder Job: As it seeks to transform shared mobility through easy capital, Wunder Mobility is adding staff at its headquarters in Hamburg, Germany. A number of positions are open in sales, engineering, finance and product design.

Work at Waymo: As it seeks billions of dollars in new investment, America’s premier AV startup, Waymo, is also seeking lots of new employees in the U.S., the U.K. and India. 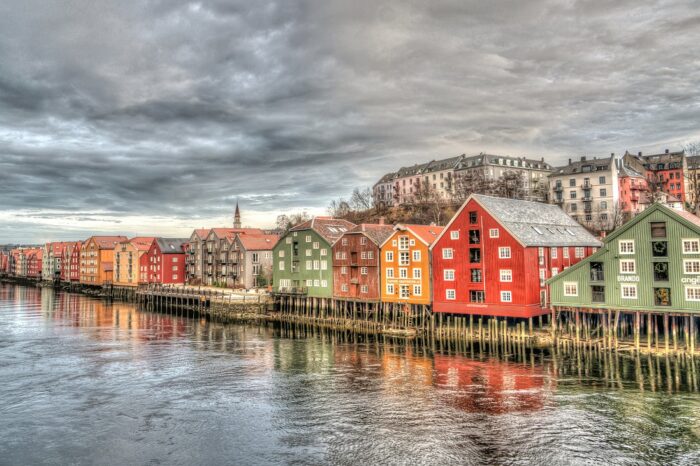