As 2021 kicks off, it’s clear that battery electric mobility will be the big overarching theme in the coming months. EVs have now made Elon Musk the world’s wealthiest human being, they now account for a majority of cars sold in Norway, and California is planning to devote a quarter of its stimulus plan to the technology. Baidu, the Chinese search platform, is trying to get into the EV game and GM has even unveiled a new logo that stresses its commitment to cleaner tech. And yet, there are certainly skeptics who believe people need to dial down the EV mania. News elsewhere includes Waymo no longer calling its cars “driverless,” talk of Hyundai working with Apple to build an AV and Paris’ radical transformation into a bike-friendly city.

Elon Musk is the world’s richest person: The meteoric rise of Tesla’s stock has put Musk’s estimated net worth at $185 billion, allowing the eccentric entrepreneur to dethrone Jeff Bezos, who had held the title of the world’s richest person since 2017. After an eye-popping $500 billion increase in value in 2020, Tesla is now the fifth most valuable company in the S&P 500 and is worth more than the nine largest car-manufacturers combined. In a word: wow.

And California might make him richer: Of the $4.5 billion stimulus that Gov. Gavin Newsom has put forward, $1.5 billion is to prop up EVs. It includes money to subsidize the purchase of electric vehicles as well as funds to build up the state’s EV infrastructure, such as charging stations.

From search engines to electric engines: Baidu, the Chinese search engine giant, is getting into the EV game. The company is in the process of forming a separate corporate entity, in which it will own a majority stake and total voting power, that will manufacture smart EVs at plants owned by Chinese automaker Geely.

A BFD for BYD: Warren Buffet-backed Chinese EV giant BYD finishes 2020 strong, with 27,594 EV sales in December, an impressive 150% year-over-year increase. The strong performance comes at the end of an otherwise lackluster year, with overall sales down 7.5% and EV sales down 11%. Driving the end-of-year fortunes is the success of its new electric luxury sedan, “Han,” which has attracted more buyers in China every month since its August release.

Viking raid on EVs: A majority (54%) of cars sold in Norway last year were EVs. Although Norway’s tremendous wealth has a lot to do with its oil industry, the government has put in place generous tax incentives aimed at eliminating gas-powered car sales by 2025. The biggest beneficiary of the EV spree is Volkswagen, which sold 9,227 EVs to Norwegians, while Tesla came in second with 7,770.

GM + EVs = gm? General Motors unveils a new logo, only its fifth in over 110 years, meant to evoke a new focus on electric vehicles. To be honest, we’re not quite sure we see it…

Peachy promises: The results of the past week’s special election in Georgia has most transit advocates cheering. Having Democrats in control of the White House and both houses of Congress bodes well for more public transportation funding.

Growth underground: One after another, Chinese cities announced massive expansion plans for subway systems throughout 2020; now 2021 is gearing up to be the year of the metro in Europe. One project to watch out for: London’s Northern Line extension, which is now beginning final train testing before the new stations open later this year.

SPAC back-track: 2021 isn’t looking quite so hot for EV SPAC stocks, as a number are now backsliding. Investors may be starting to question the fundamentals of the companies, many of which went to market late last year with dramatic price pops. Does this mean the window is closing for new listings?

KC gets mo’ money: With a $174 million federal grant, Kansas City, Missouri can move forward on a $350 million project to extend its streetcar system 3.5 miles, connecting downtown to the University of Missouri-Kansas City. The current system opened in 2016 and has been an early adopter of fare-free policies.

It’s an honor to be nominated! Auto Connected Car News releases its short list of mobility breakthroughs in 2020, with voting running through the end of January. Nominees across a range of categories include Hyundai and Canoo, as well as unexpected names like Clorox (which released an auto disinfectant spray last year.) We’re proud to say we’ve been nominated as well, for the “Best Virtual Mobility Exposition” category – please do head over and vote!

Waymo drops “self-driving”: The Alphabet subsidiary says it will no longer describe its technology as “self-driving,” citing concerns that misinterpretation of the term will lead to crashes. Instead, the company is embracing “autonomous driving,” saying that that term may help users understand that an automated driving function does not necessarily free them of responsibility on the road. This comes after industry experts and consumer advocates have criticized Tesla for describing its autonomous driving software as “full self-driving.”

Big day for Hyundai: The Korean automaker’s stock rises 23% after announcing that it is in talks with Apple about developing an autonomous vehicle. Apple has said its eyeing 2024 for the release of a driverless car.

Oxbotica snags $47M for universal autonomy: The UK startup gets a big boost in a Series B round led by energy giant BP. The company is focused on technology that supports commercial autonomous vehicles in a variety of industries, such as mining, manufacturing and shipping. After abandoning efforts to build on-road driverless vehicles, the startup has shifted its focus to serving industrial customers in off-road settings.

Will truckers keep on truckin? The Virginia Port Authority is getting a $2.1 million federal grant to lay the groundwork for autonomous trucks to transport goods between its six terminals. Truckers who currently serve the port express a mixture of skepticism and fear about a technology that could upend their livelihoods.

Bird is watching: Scooter-sharing company Bird is working with Israeli firm AU10TIX to integrate facial recognition technology into its app, at least in part to prevent underage access. The firms say the software will be able to identify a user in eight seconds.

Niu’s shares scoot up: Shares for Chinese e-scooter maker Niu Technologies rise 16% after news of robust sales in the last quarter of 2020. The roughly 150,000 scooters sold in Q4 is a 40% year-over-year increase.

Buy one battery, get two bikes: German e-bike manufacturer Nox tells its customers they can have it all with one battery: a mountain bike and a road bike. The company is selling a package of two e-bikes that can use the same battery. So this means that you don’t have to pay for a separate battery and bike if you’re seeking both experiences. But that doesn’t mean it’s cheap; it’ll still cost you $10,700.

Slow motion in the Windy City: An intrepid reporter in Chicago tries to get to the bottom of conflicting messages from city officials about the speed limits imposed on the Divvy e-bikes in the city’s bike-sharing program. It turns out that despite publicly proclaiming that the pedal assist speed would be capped at 15 mph, the city quietly raised the limit to 18 mph for a while before reducing it again due to concerns about winter road conditions.

Micromobility World: The digital gathering (Jan 27 – 29), expected to attract over 2,500 participants, will include more than 50 mobility leaders and experts discussing how the past year has transformed the future of micromobility in cities. Notable speakers include Janette Sadik-Khan, Benedict Evans and Wayne Ting.

General Admission tickets are free now for a limited time.

Smart Cities Dive urges cities to get serious about providing parking infrastructure for vehicles besides automobiles, arguing that it is key to encouraging micromobility.

Bloomberg CityLab takes a look at how the federal government could make cars safer by boosting design standards.

The New York Times examines how the pandemic and an accompanying redesign of city streets has turned Paris into a cycling city.

Dash to this opportunity: Hot off its IPO, DoorDash is looking to beef up its workforce. The delivery behemoth has over 250 job openings, both at its Bay Area HQ and across the world, across marketing, operations, engineering and more.

Hawk your skills in Singapore: Transit may be struggling in the U.S., but its smoother sailing overseas. If you’re looking to hitch your train to Singapore’s fast expanding MRT system, take a look at 23 job openings, including Partner Experience Manager, Finance Manager, Project Engineer, and more. 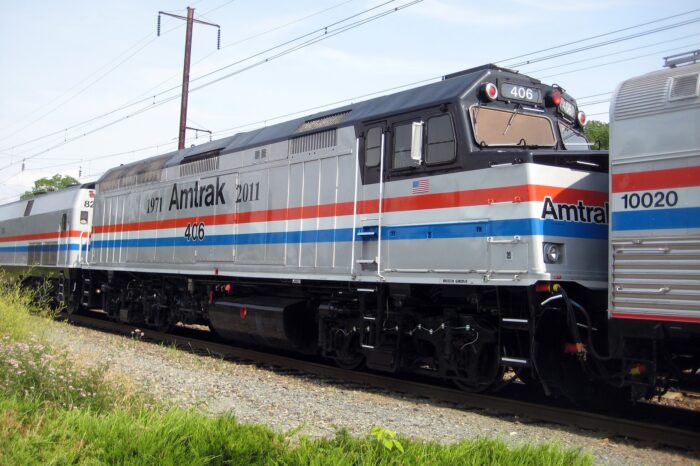