Happy New Year! For what it’s worth, we enter 2021 optimistically. Not only is the world going to beat Covid, but conquering the deadly virus just might renew humanity’s appreciation for mobility. After all, after the devastation wrought by the virus itself, the worst part of 2020 was the stultifying immobility. It’s a real bummer to not be able to go where you want, when you want.

Although news was predictably slow in the final weeks of the year, there were nevertheless interesting developments in transportation. For starters, Apple is set to make a self-driving car, one of the biggest open secrets in the business. Meanwhile, Tesla fell just a whisker short of its goal of delivering half-a-million units, but perhaps in its haste forgot to install proper heating systems. Oops. In California, Nuro scores the first permit to operate autonomous delivery vehicles that can accept payments from customers. New York City boasts a record-setting year for new bike infrastructure while Spin, perhaps in a bid to win favor from the Big Apple regulators, unveils new AI technology that it says will prevent its scooters from becoming a nuisance.

Tesla does it: The company announces it delivered 499,500 cars in 2020, an increase of 40% over 2019. Technically that means it fell 500 units short of its goal to deliver half-a-million in 2020, but we’ll cut them some slack: it’s still way more cars than anybody imagined was possible for the EV-maker to move just a few years ago. A lot of the new demand is coming overseas, notably in China, where Tesla just unveiled its new Chinese-made Model Y SUV, starting at just over $52,000.

Chrysler & PSA give birth to Stellantis: Fiat Chrysler and Groupe PSA, the French parent company of Peugeot, Citroen and Opel, announce plans to merge and form a new company: Stellantis. If shareholders approve the deal on Jan. 16, they will create the world’s fourth largest auto manufacturer. But ‘Stellantis’? We guess that beats Fiateot or Peugiat.

Too cool for Canada? Numerous owners of new Model 3 and Model Y Teslas complain that their cars’ heating systems aren’t working. Apparently the issue is widespread among Tesla owners in frigid Quebec.

Only OMNY: More than a year-and-a-half after launching on a limited basis, the MTA’s contactless payment system, OMNY, is now available to every rider at every subway and bus stop in New York. The agency plans to phase out MetroCards entirely by 2023.

Electric for life: A survey of 2,000 EV owners by Zap Map, an app that helps UK drivers find charging stations, finds that 91% are committed to sticking with EVs for the long-haul. Only 1% say they seek a return to gas and 9% say they’re unsure. A good sign for the EV industry’s future health.

Permanent surge pricing: Uber announces that fares will go up 25% in Seattle in response to a new minimum wage law targeting the gig economy. The law requires ride-hailing companies to pay their drivers at least 56¢ a minute when there’s a passenger in the car plus $1.17 per mile. Still no word from Lyft…

Oui Oui to EVs: Battery electric and plug-in hybrids account for over 11% of new car purchases in France in 2020, a 400% increase over 2019, when plug-ins made up only 2.8% of all vehicle sales. Things were looking even better at the end of the year: in December plug-ins accounted for over 19% of purchases!

Mass electrification: Massachusetts is taking a portion of the money it got from VW’s diesel emissions settlement to boost its EV charging infrastructure. Gov. Charlie Baker, the popular Republican governor, wants to spend $4 million on charging stations, saying the investment will create economic development opportunities and fight climate change. But adding another zero or two to that number would be nicer.

That’ll sting: Undercover LAPD officers are flagging down Uber and Lyft drivers, offering them cash for rides and then giving them citations for operating as “bandit taxis” if they accept. One driver who’d just been nabbed took it upon himself to film an ongoing sting and alert fellow cabbies. The cops did not appreciate the intervention and threatened him with arrest for impeding an investigation.

Lyft faces major lawsuit over screening processes: A series of lawsuits accuses the ride-hailing giant of presiding over a “sexual predator crisis.” The suits, filed in San Francisco County Superior Court by 20 women who allege they were assaulted by Lyft drivers, accuse the company of not adequately vetting applicants.

Turo to IPO: Peer-to-peer carsharing stalwart Turo had a rocky start to 2020, as the pandemic cut demand and revenue, forcing mass layoffs in Q2. But things turned around in the second half of the year, as Americans sought out new travel alternatives, looking to avoid airplanes and waiting in line at the likes of Hertz and Avis. With sales growing once more, the company now says it plans to go public in 2021.

Making moves in 2021: The year is starting off with a bang for a number of mobility movers-and-shakers, as a handful of transportation advocacy groups shake up their leadership positions. At the Shared Use Mobility Center, friend of CoMotion Benjie de la Peña is the new CEO, while creator Sharon Feigon stays on as Founder in Residence. Meanwhile, at the California Transit Association, young gun Michael Pimentel is named the organization’s new Executive Director.

Get ready for iCar: Sources say Apple is getting serious about the driverless car biz. The tech giant aims to produce a passenger vehicle, potentially including its own battery technology, by 2024.

California issues first AV vehicle that can accept payments: Nuro, the Silicon Valley-based AV startup, gets a permit to deploy its driverless delivery vehicles in parts of Santa Clara and San Mateo counties. The company says it will soon announce a partner –– likely a major retailer or delivery service –– for whom it will ferry products directly to customers. The permit restricts the vehicles to streets with speed limits under 35 mph and they’re only allowed to operate in “fair weather conditions,” which shouldn’t be much of an obstacle given the locale…

Toyota-lly clean: The Japanese automaker has been awarded a patent for technology that will detect when the vehicle needs a wash and head to the nearest car-wash location. It may be many years before any customer actually benefits from this feature, but at least it’s something for clean freaks to look forward to.

Teledyne dines on FLIR: The electronic sensor manufacturer agrees to purchase FLIR Systems, which provides thermal imaging systems, for $8 billion in cash and stock. The deal, which is expected to be completed by summer, brings together two key sensor-tech players that could reshape the market for automotive imaging and visioning technology.

A new Spin on surveillance: The scooter-sharing company owned by Ford has cut an exclusive deal with Los Angeles-based startup Drover AI to equip its next generation of vehicles with sensors, cameras and other connected devices that will prevent users from improperly parking or riding. This could be a big sell to regulators in New York City, who are just now accepting applications from scooter services to begin operations in the spring.

A great time to park in a bike lane: In late 2019, Washington D.C. hired 26 new parking enforcement officers to focus exclusively on ticketing cars parked in bike lanes. However, enforcement has plummeted during the pandemic, resulting in far fewer fines for careless or indifferent motorists who force cyclists into car traffic.

Birds migrate back to Bakersfield: Bird scooters return to the mid-size California city. The company first deployed 200 vehicles in December 2018 but then mysteriously yanked them 10 months later, offering no explanation.

Transit Center analyzes how the $14 billion earmarked for public transportation in last month’s COVID relief bill got distributed to transit agencies throughout the country.

Bloomberg CityLab wonders whether COVID has put an end to “mega commuters,” as well as the regional rail services that have historically served them.

In Slate, Ryan Cornell, an Arizona State sustainability researcher, writes that reforming the EV tax credit is one of the easiest ways for Congress to combat climate change.

But in The New Republic, Alex Pereene argues that focusing on electric mopeds would be a far greater use of government funds.

Work from home for Lime: In addition to scores of jobs available in cities around the world –– Chicago, Berlin, Miami, Prague, Seoul, to name a few –– Lime is advertising a dozen remote positions in software engineering, data science and financial analysis.

Looking to Trek to Wisconsin? The bicycle brand has dozens of positions (engineering, finance, HR, marketing) open at its headquarters in Waterloo, Wis. If you’re not seeking picturesque small-town living, it’s only a 25-minute drive from Madison. 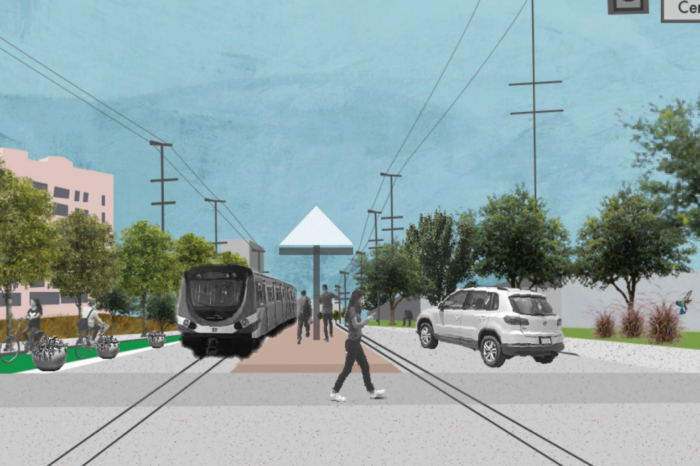