With close to 200 companies mapped and connected, the newly-released 2020 edition of the Global Autonomous Driving Network is the most complex version yet.

Stakeholders from all over the automotive and technology industries are collaborating to speed up development and testing cycles, while working to reduce costs. Take AutoX, for example, a well funded company that is developing and testing self driving systems in China and the US. Its team follows philosophy of “we do what we have to do. We don’t do things that we don’t need to do”. That lets AutoX focus on developing the most mission critical parts of its system, like the computing unit or the software stack. More commoditized sensors, like radar or LiDAR, are instead sourced from leading players on the market. 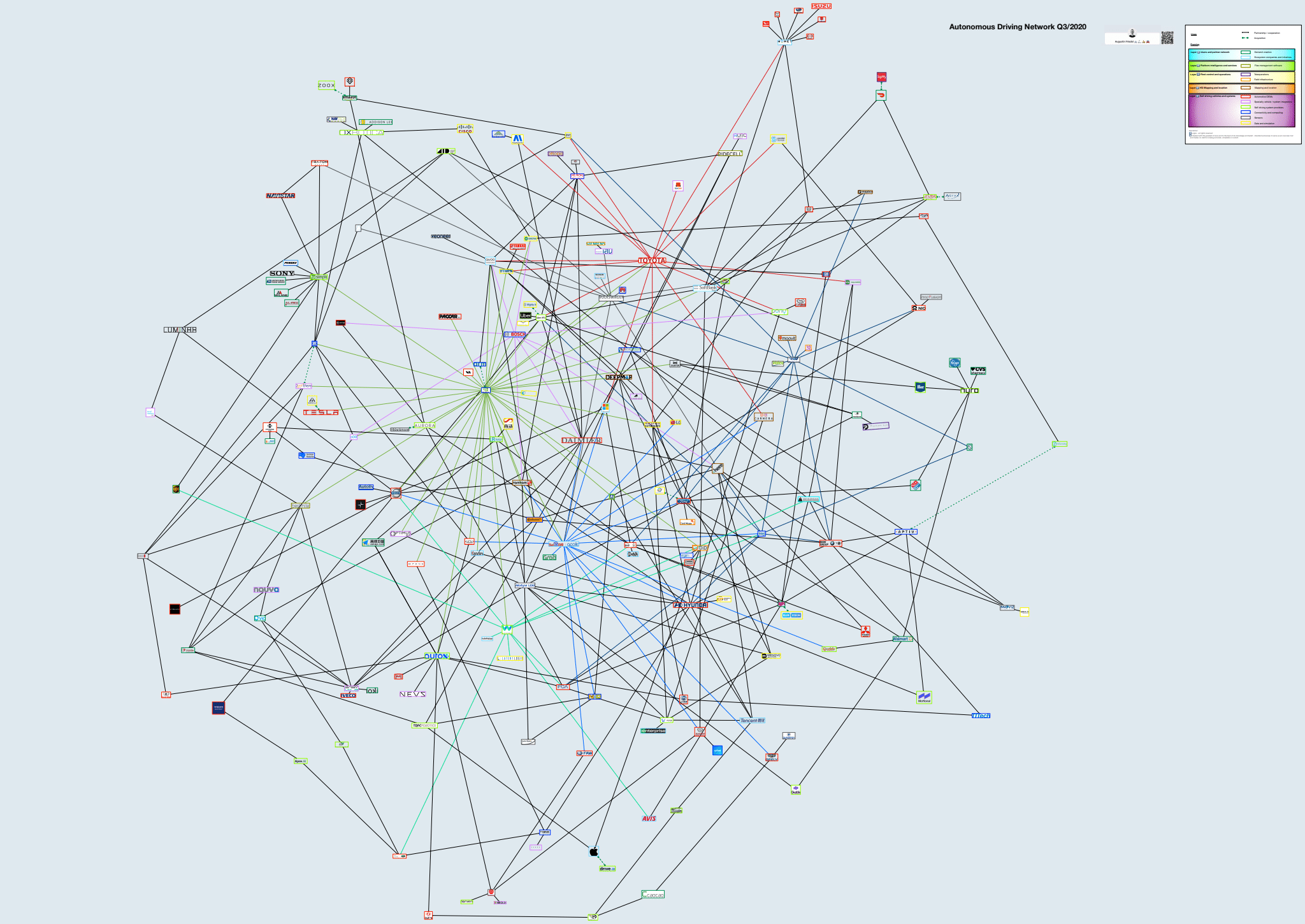 Differing approaches can be seen across the regions of the world. In Europe, the efforts pushing forward autonomous vehicles are driven by automotive OEMs. Daimler, Volkswagen Group, BMW and the like have formed joint ventures or consortiums with tech companies like Nvidia, Intel and Argo.ai to develop self driving cars.

In China, the landscape of companies that are developing full stack solutions is dominated by technology companies, like WeRide, AutoX, Baidu and Didi, although the competition is so far less intense than in the U.S. The aforementioned players are partnering with local governments to get the permits for running commercial operations or testing setups. Collaborations with AMap and others are allowing large scale tests without the need for each company to build its own end-customer bases.

In the United States, the struggle for AV dominance is fierce. Multiple well funded players like Argo.ai, Waymo, Cruise, Aurora, and Zoox (now owned by Amazon) are fighting for talents, funding and partnerships. One common scheme is the collaboration between autonomous tech startups and automotive OEMs. San Francisco-based Cruise decided early on to join forces with General Motors, and now Honda is also a major stakeholder in the company, allowing the Japanese auto giant to stake their self driving efforts off of Cruise’s technology stack. Similarly, Aurora has been collaborating with Fiat Chrysler Automotive since 2019, only to later announce an additional tie-up with Hyundai. Things can get messy, as seen by an early partnership announcement between Aurora and Volkswagen Group that was not followed through on, as the OEM decided to instead join forces with Argo.ai and Ford.

An inflection point for on-street testing and operations

The industry is moving closer to large scale on-street testing and also commercial setups. In recent news, Waymo announced to open up its Waymo One service in Phoenix, Arizona to the general public. Similar approaches could be seen in China, with WeRide, Baidu, Didi or AutoX. To enable the on-street operations, it’s expected that self driving system companies may join forces with other stakeholders for fleet operations, to provide a supply of riders and even to offer entertainment options.

Watch for interesting companies working to match consumer demands with the supply of self driving cars, like the American TNC giants Uber and Lyft. In China, mapping and navigation players like AMap are joining forces with autonomy companies to match ride requests with self driving cars. Europe is a bit more old school when it comes to matching demand and supply: no large ride hailing network has started to match both sides. On the contrary, legacy transportation players like railway operators or public transit authorities are testing their own self driving setups.

Another fields to follow is teleoperations. As operators are aiming for setups without safety drivers, solutions provided by teleoperations stakeholders could see increased demand. Autonomous shuttles and also delivery robots could get into difficult situations that need to be solved by a human in a remote control center. Cities and municipalities need to create a framework for handling the curbside space, to manage pickups and deliveries, parking and also challenges related to charging.

As the industry continues to mature, more partnerships for fleet ownership and operations are to be expected. Large insurance companies may even join the landscape, looking to increase safety and reduce premiums based on data and through offering highly tailored policies. The historical accident and driving behavior data captured by insurers could even be used to recommend safer routes for AVs.

The full Autonomous Driving Network study with breakdowns by major and emerging players, like NVIDIA, Daimler, Waymo and Amazon can be downloaded here. 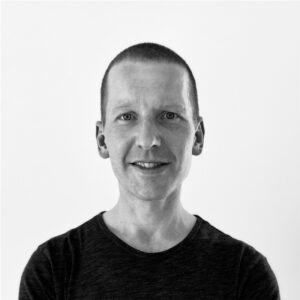 Augustin Friedel is a well-known shared mobility expert with a passion for micromobility, mobility on demand services and public private partnerships. Some of his projects and reports can be downloaded here. After launching Uber in Germany in 2013, Augustin worked for companies like Blacklane, Rocket Internet and the Deutsche Bahn subsidiary ioki. He currently works for Volkswagen AG – the views expressed in this article are his personal ones and not linked to any Volkswagen activity. 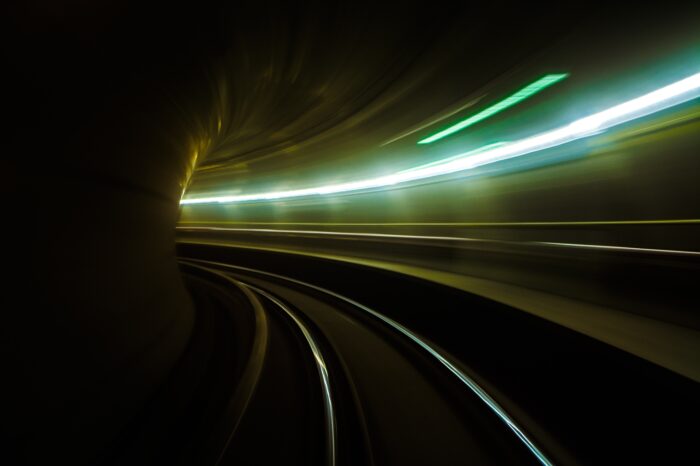