Lots of interesting news this week, beginning with the ground-breaking of the Blue Oval Complex in Tennessee, the $5.6 billion heart of Ford’s EV future. Meanwhile, GM is getting involved in battery recycling while its AV subsidiary, Cruise, has another spate of embarrassing incidents involving its self-driving taxis in San Francisco.

What will California’s ambitious EV goals mean for its embattled electric grid? Hopefully a new collaboration on vehicle-to-grid energy storage between VW and a Belgian grid operator will prove that rolling blackouts don’t have to become the new normal in the EV era. And, if that doesn’t work out, our best bet is to reduce car use, which California’s new elimination of minimum parking requirements should help to do.

While the EPA sets up a new office focused on racial equity, the World Bank president continues to send mixed signals on climate change.

Finally, new apps are helping businesses to reduce food waste, what Japan can teach us about traffic safety and the death of a flying car startup!

The Blue Oval breaks ground: Ford begins construction on the centerpiece of its EV future: the $5.6 billion BlueOval City complex in western Tennessee. The facility will be operated jointly by Ford and SK Innovation, the Korean battery manufacturer.

Tesla countersues in response to racial bias suit: The EV maker claims the California Civil Rights Department did not follow the law while investigating allegations of racial discrimination at the Tesla plant in Fremont, Calif. Among other things, Tesla accuses the agency of not notifying the company of the allegations and not giving it a chance to negotiate an out-of-court settlement.

California bans mandated parking near transit stops: Gov. Gavin Newsom signs a law barring local governments from requiring parking in developments within a certain distance of transit stations. By forcing developers to build parking that they may not otherwise build, minimum parking requirements are essentially a subsidy for car ownership that drives up the cost of housing and undercuts public transit. Good going, California!

More Cruise problems: Four autonomous cars operated by Cruise disrupted traffic on Thursday. One appeared to wander into the bus lane and stop right alongside a bus, another stopped in the middle of an intersection and two others stopped, back-to-back, in the middle of a street. Autonomous doesn’t mean they have a mind of their own…

Mixed climate signals from the World Bank: World Bank president David Malpass, appointed to the position by former President Donald Trump, has long been accused of ignoring the climate crisis’s effects on the poor nations the bank is designed to help. Last week he appeared to confirm his critics’ worst fears when he repeatedly declined to answer whether he believed human activity was causing climate change. He has since stated that he agrees with the scientific consensus on the matter, but not before prompting numerous calls for his resignation.

Will the e-bike subscription model sell? Rad Power Bikes kicks off a subscription pilot through Cycle, a German e-bike subscription service. Customers in Berlin will be able to rent a Rad cargo bike for 80 euros a month. It seems to be a good opportunity for people to try out e-bikes and to see if they want to commit to a purchase.

Kitty Hawk shuts down: Kitty Hawk, the New Zealand-based startup founded to develop a light, single-seat flying electric car, announces it will “wind down.” The startup, founded by AV guru Sebastian Thrun and funded by Google co-founder Larry Page, abandoned the car concept in 2020 in favor of an electric aircraft that could fly and land autonomously. It’s hard to say whether the concept will survive beyond the company.

GM boosts battery recycler: The automaker invests an undisclosed amount in Lithion Recycling, a Canadian company that harvests materials from old EV batteries to make new ones. America’s existing reliance on China for battery materials, as well as the environmental challenges of mining lithium domestically, is putting pressure on the auto industry to look into recycling.

No more red light turns? Ann Arbor, Mich. is considering banning right turns on red for the sake of pedestrian safety, although it’s getting some pushback from members of City Council who worry that enforcement will disproportionately burden the poor or people of color. Washington D.C. is also considering phasingout red light turns by 2025.

EPA increases focus on racial equity: The Environmental Protection Agency is creating a new office of environmental justice that will focus on the disproportionate effects of climate change on minority communities.

VW teams up with Belgian utility on V2G: The German auto giant signs a memorandum of understanding with re.alto, a subsidiary of Belgian grid operator Ella, to explore ways that EV owners can send electricity back to the grid. Vehicle-to-grid energy storage may be key to addressing concerns that the world’s electricity infrastructure won’t be able to handle the increased demand from EVs.

Flying boat, floating plane – a sea glider! Regent, the Boston-based aviation startup, completes a series of tests of electric flying boats off the coast of Rhode Island. CEO Billy Thalheimer claims the company already has $7 billion of orders for the aircraft, er, seacraft.

New York’s low-density skyscrapers: In most of the country, “low-density development” typically refers to a sprawling subdivision of single-family houses with big yards. In Manhattan, however, it’s a 300 foot condo building that houses fewer people than the four-story apartment building it is replacing. Housing advocates in the Big Apple worry that valuable real estate that could be producing thousands of apartments are instead being devoted to massive condos for the ultra-wealthy.

What has Japan figured out about road safety? Bloomberg CityLab looks at Japan’s traffic fatality rate, which is about six times lower than America’s. What’s the key? Despite boasting some of the world’s largest auto companies, Japan’s transportation policy is hardly car-centric. It incentivizes alternatives to cars and does not prioritize car speed.

The burgeoning leftovers industry: The New York Times explores how apps are helping restaurants, grocery stores and other food businesses divert leftover food from the landfill to people’s bellies. Not only does rotting food release methane and contribute to climate change, but any food that goes to waste increases the demand to produce new food, which of course also contributes to global warming.

Are rolling blackouts California’s new normal? America’s largest state is largely dependent on energy sources from other parts of the country, which threatens its ability to respond to surges in demand in response to extreme temperatures. 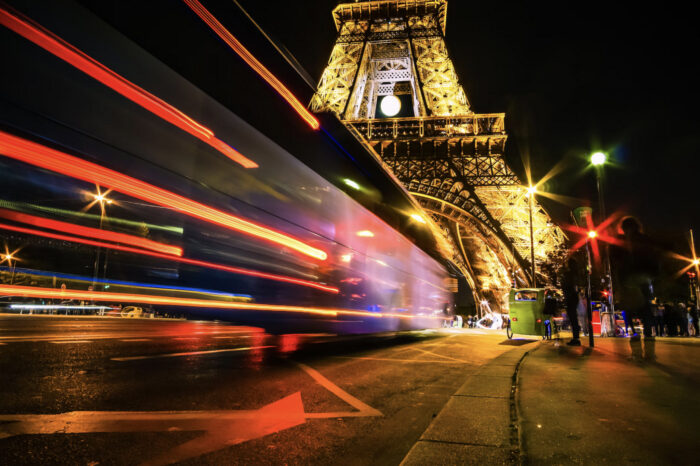