The big news this past week is definitely California’s plan to phase gradually phase out gas-powered cars by 2035. Automakers are grumbling that the mandate is unrealistic but they can’t afford to ignore requirements imposed by the world’s fifth largest economy.

Republicans will undoubtedly object to the mandate, but it’s worth remembering that many of the jobs tied to the burgeoning EV industry are in red states. Just last week came news that Panasonic is considering a massive battery plant in Oklahoma and Mercedes began production on the new EQS SUV in Alabama.

Meanwhile, Google shuts down its car-pooling service, Lyft dramatically downsizes its offices and Tesla threatens legal action against the engineer who calls Full Self Driving the “worst commercial software” he’s ever seen.

Also: a eulogy for manual transmissions, a novel idea for building “human infrastructure” for cyclists in car-centric communities, a case against 300-mile battery charges, and the scary implications of a Chinese water crisis.

California goes all in: The Golden State is poised to ban sales of new gas-powered cars by 2035. That may seem far off, but it’s soon enough to affect automakers’ plans. California’s 39 million people and $3 trillion economy are simply too large for an automaker to ignore. Moreover, many other states tend to follow its lead on auto regulations. The new rule sets a goal of 35% of new vehicles being zero-emission by 2026; it bumps the requirement to 68% by 2030. Although many major OEMs have announced their own ambitious EV goals that would seem to align with this regulation, they’re not cheering the arrival of a strict new requirement. A spokesman for the Alliance for Automotive Innovation, which represents most major automakers, said California’s goals would be “extremely challenging” to meet.

Panasonic eyes Oklahoma: The Japanese electronics manufacturer is considering building a new battery plant in Oklahoma to supply Tesla with lithium-ion batteries. This $4 billion plant will be in addition to another similarly-sized factory Panasonic plans to build in Kansas, which is also focused on supplying Tesla. Automakers and battery manufacturers have now announced a combined $38 billion of future investment into new battery capacity in North America in the coming years. OEMs are eager to shift battery production from China to the U.S., both to establish greater supply chain certainty and to qualify for new EV tax credits that require cars and batteries to be assembled domestically.

No Waze to get there: Google’s Waze will shut down its six-year-old car-pool service in apparent response to the rise in work-for-home. With fewer people making daily trips to the office, there is less demand for car-pooling, says the company.

Meanwhile, Lyft downsizes headquarters: The ride-hailing service plans to reduce the floor space of its headquarters in San Francisco by more than half –– from 419,000 to 169,000 square feet. The company says that while “in-person connections are important”, most employees are now working remotely.

A small city subsidizes Uber rides: The City Council of Pflugerville, a rapidly growing suburb of 65,000 outside Austin, Tex., votes to set aside money to subsidize Uber rides for trips within the city limits. The plan is for customers to pay a low fixed cost and for the city to make up the rest of the fare. In car-centric communities where there isn’t much potential for robust public transit, this type of program could prove very helpful for those who can’t afford cars or can’t drive due to disability.

EQS production begins in Alabama: Mercedes begins production on its first electric SUV, the EQS, at the plant it opened earlier this year in Bibb County, Al.

Tesla fights back: The automaker sends a cease-and-desist letter to Dan O’Dowd, a software engineer who has devoted himself to trying to get Tesla’s Full Self Driving system banned. O’Dowd recently aired a TV ad that shows a Tesla mowing down child dummies and calls FSD “the worst commercial software I’ve ever seen.” The company calls the video defamatory and Tesla supporters claim it’s not clear that the car was actually operating in FSD when hitting the dummies.

Burying the stick shift: In the Atlantic, Ian Bogost mourns the imminent extinction of the manual transmission. We knew you when…

Think globally, act locally on climate: Justin Gillis, a former environmental reporter, and Hal Harvey, the CEO of San Francisco-based Energy Innovation, write in the New York Times that local and state governments are the key to meeting the Paris Climate Accord’s ambitious emissions goals. Among other things, these governments own massive vehicle fleets, consume enormous amounts of energy and oversee the regulation of utilities.

A Peloton for normies?: A demonstration project led by a nonprofit in Los Angeles hopes to normalize “bike-pooling,” where people bike to work in groups. The Civic Bicycling Commuter Research Project wants to show that, in the absence of a robust network of physical bike infrastructure, bike pods can serve as “human infrastructure” that make people feel safer biking on streets that were designed for cars. The project, which kicks off later this fall and is funded by a $1 million grant from the National Science Foundation, is targeting low-income neighborhoods in northeast LA. It will offer participants a $50 cash incentive to enroll and additional incentives for participation. Godspeed!

What a water crisis in China could mean: “China is on the brink of a water catastrophe,” write Gabriel Collins and Gopal Reddy in Foreign Affairs. A drought could prove disastrous to the nation’s food and energy supplies and have greater implications for the global supply chain than the war in Ukraine or Covid.

Why do you need a 300-mile charge? Edward Niedermeyer challenges automakers and consumers to drop the focus on range. Society may be better-served by lower-cost EVs and hybrids with more modest ranges, especially given the limited access to battery materials. 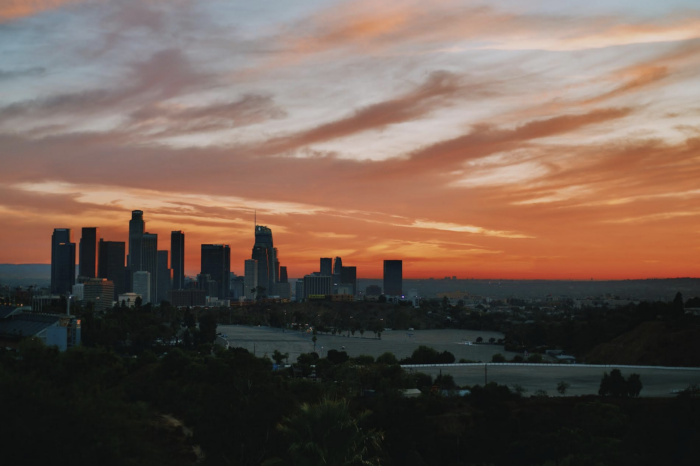