The U.S. Senate approves a landmark climate bill that will invest $370 billion in climate programs, including subsidies for clean energy and new tax credits for electric vehicles. The legislation is poised to pass the House and be signed by President Joe Biden in the coming days.

Right now, however, no EVs technically qualify for the $7,500 credit because the minerals powering their batteries were mostly mined in China.

In other news, lawmakers are pushing to overhaul AV regs yet again, Baidu expands its robo-taxi business in China, Lyft has a better-than-expected quarter, Uber offers drivers a little more transparency on earnings, Pony.ai sues a competitor over trade secrets and Ussain Bolt’s micromobility firm bolts from the market.

Senate approves landmark climate bill: On a party-line vote, the U.S. Senate approves the largest investment to combat climate change in U.S. history, with huge implications for zero-emission mobility. The legislation, which is expected to be approved in the House and be signed by President Joe Biden, includes roughly $370 billion in clean energy subsidies and incentives for electric vehicles. Although Democrats agreed to include some provisions that would support fossil fuels in the short term, such as allowing more off-shore drilling and tax credits for carbon capture technology, environmentalists are united in their belief that the benefits of the bill outweigh the drawbacks.

…but about those EV credits: The bill extends the existing $7,500 credit for new EVs and creates a $4,000 credit for used EVs. However, it also requires that batteries be sourced at least 40% from U.S. minerals to be eligible for the credit. Unfortunately, due to the dearth of such materials in the U.S., almost no EVs would be eligible. Automakers are lobbying for flexibility or delay in enforcement.

Another push for new AV regs: Rep. Debbie Dingell, D-Mich., and Rep. Bob Latta, R-Ohio, announce the formation of the Congressional Autonomous Vehicle Caucus. They hope to earn bipartisan support for overhauling federal regulations that continue to be a major obstacle to the production and use of autonomous vehicles. Past efforts to change the rules have foundered in recent years.

Lyft outperforms expectations: Well, it’s still not profitable, but the ride-hailing giant beat Wall Street expectations by reporting $990 million of revenue and a net loss of $377 million in Q2. The company is trying to cut costs, including by shutting down its rental car business and reducing hiring.

Baidu expands robo-taxi service: After several months of operating fully driverless ride-hailing in a section of Beijing, the Chinese internet giant is awarded permits to expand into Wuhan and Chongqing.

More price transparency at Uber: Drivers for Uber will soon be able to see how much they’ll net from a customer when they’re considering accepting the ride. The “upfront fare” feature will also allow drivers to see where the ride ends. The fact that this wasn’t the case before left some drivers unsure of whether accepting a ride would take them out of their way. Both of these changes are aimed at offering drivers more flexibility. As ride-hailing companies struggle to attract drivers amidst a labor shortage and high gas prices, it may be increasingly important to offer incentives for people to occasionally give rides when it’s convenient, such as on their way home from work.

Lucid cuts production goals in half: The luxury EV maker started the year with a goal of producing 20,0000 cars. Then it cut that down to 12,000 and 14,000, and now, in response to continuing supply chain constraints, it has knocked its production goal all the way down to 6,000 to 7,000. The company’s shares took a big hit on the news, but on the bright side demand is still high, with over 37,000 reservations for the Air sedan.

GM to double SuperCruise roads: GM announces plans to double the number of roads in the U.S. and Canada where drivers can take their hands off the wheel, amounting to over 400,000 miles in total. The over-the-air update will be available to owners of the following 2022 models: the Cadillac CT4, CT5, Escalade and Lyriq; the Hummer EV; the Sierra 1500; and the Silverado 1500.

Bolt busts: The micromobility startup co-founded by Olympic sprinter Usain Bolt appears to have shuttered. The app still exists, as do many branded scooters in cities throughout the U.S. But they don’t appear to be in operation anymore

Is Toronto the future of climate resilience? Bloomberg CityLab looks at Toronto’s Port Lands District, which proposes 64 acres of parks and 75 acres of wildlife habitat, as a potential blueprint for cities to build resilience to climate-related disasters, such as flooding.

How everyone will pay for EVs? The transition to EVs has major implications for U.S. utilities and their customers (all of us). “Pretty much everyone” will be paying for EVs through their electric bills, says Axios, even if not everyone is yet driving an EV.

The original EVs of public transit: In many cities around the world, “trolleybuses” powered by overhead electric wires have been operating for generations. In Boston, where they’re being replaced by battery-electric buses, there’s a robust debate about whether the change makes sense environmentally.

Wall Street’s dilemma for in-person work: Wall Street banks tell NPR that one of the major obstacles to in-person work is the perception among employees that New York City’s subway system isn’t safe. 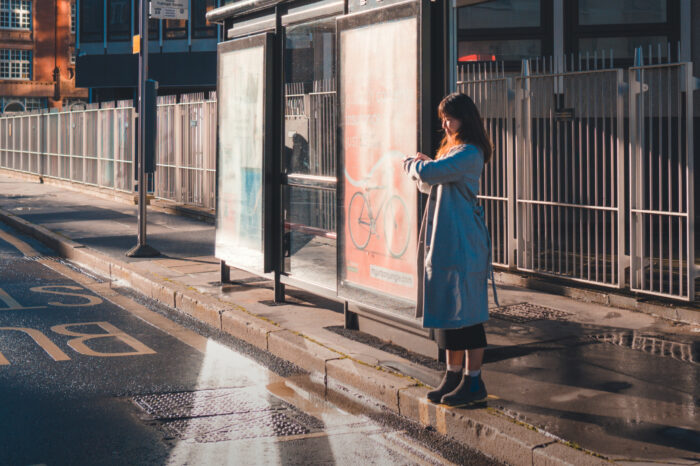