Week in Review: A big step for robo-taxis

It may be many years, perhaps decades, before autonomous vehicles are the norm, but you can now hail and pay for a driverless ride in San Francisco, and that’s a pretty big deal.

Meanwhile, automakers that have been collecting data from drivers in an effort to build AV technology may soon have to ask permission from their customers.

A big leap for robo-taxis: People in San Francisco can now pay for driverless rides by Cruise, the GM-backed startup. For now the rides are only available in certain parts of the city between 10 p.m. and 6 a.m.

Let the data debate begin: Congress begins consideration of the bipartisan American Data Privacy Protection Act, which aims to restrict companies from collecting, sharing or selling consumer data without express consent from the customer. This has significant implications for automakers such as Tesla, which have been collecting data from drivers to inform their development of autonomous technology.

Einride launches driverless freight operations: Einride, the Swedish AV freight startup, will begin transporting goods in its autonomous pods on a one-mile stretch of road between a General Electric Appliances factory and a warehouse in Selmer, Tenn. Unlike other trucking operators, Einride’s vehicles don’t even have a cab for a driver to sit in; there is no seat or steering wheel. Einride will start operating the route later this year, but will need to seek additional permits from regulators to extend operations to other roads.

Boring tunnels in Texas: Elon Musk’s Boring Company seeks a permit to build a tunnel under its enormous Gigafactory in the Austin area. It’s not clear what purpose the 2-mile tunnel will serve –– perhaps it will be a way for company employees to move quickly around the huge campus, which could very well expand even more in the future. The Boring Company is also working with the nearby city of Kyle to build a pedestrian tunnel connecting a housing development to a nearby shopping center.

Macro layoffs in micromobility: Shortly after Bird laid off 23% of its staff, Swedish startup Voi cuts 10% of its staff at headquarters and Superpedestrian, the scooter startup based in Cambridge, Mass., cuts 7%. Similar to delivery apps, micromobility services are facing a crisis in confidence among investors as they struggle to show they can become profitable.

South Korea is too crowded for Lime: Lime pulls out of South Korea, saying that the country’s light regulation of scooter-sharing services has led to a “chaotic scooter environment.” In other words, it doesn’t see a path to profit in a market with 20 competitors. It follows two other operators, Wind Mobility and Neuron, in leaving. Although they initially resisted regulation when they launched their services 3-4 years ago, micromobility operators increasingly view regulation that limits competition as key to becoming profitable.

Drivers accuse Uber, Lyft of price-fixing: A class action suit filed by a group of Uber and Lyft drivers accuses the ride-hailing services of engaging in illegal price-fixing. The drivers argue that they should be allowed to offer prices lower than what those set by the companies. The two companies are harming competition “in both the labor market and the consumer market as well,” alleges the suit, filed in San Francisco Superior Court.

747 miles?! Mercedes’s ultra-long-range concept car, the Vision EQXX, drives 747 miles on a single charge. That’s twice the range of the Tesla Model S and more than 200 miles greater than that of the $169,000 Lucid Air.

Price matters: On one hand, GM is slashing the price of the Chevy Bolt in an effort to be the cheapest option in the EV market. On the other hand, its luxury brand, Cadillac, plans to soon reveal the Celestiq EV sedan priced at … wait for it … $300,000. For context, Cadillac’s most expensive existing vehicle, the Escalade, tops out at $109,000.

Tesla worker turns down $15M over discrimination: Last year a jury awarded Owen Diaz, a former Tesla employee who is Black, $137 million for racist abuse he endured at the company’s facility in Fremont, Calif. However, a judge slashed the award to $15 million and gave Diaz two weeks to take the deal or else have another trial. Diaz has opted for another trial, where his attorneys will argue that the massive reduction in the award was unjustified. Meanwhile, Tesla is contending with a separate suit from a California state agency over alleged racist practices at the Fremont plant.

A sign of things to come: Although Tesla remains the undisputed EV leader in the U.S.,the strong performance of the Hyundai Ioniq 6 and its sibling, the Kia EV6, suggests the EV market is ready to diversify. Americans have already purchased over 21,000 of the new vehicles since they were released in early 2022. They appear to hit a sweet spot in pricing and performance, offering a decent amount of space, range and charging speed for only $40,000.

The conversion revolution begins: There is a growing demand not just for e-bikes but for conversion kits, which can give you the e-bike experience for a lower price.

Germany’s rail boost: As it offers citizens deep discounts on public transit in response to high gas prices, Germany is confronting the fact that its rail system is in need of big improvements due to years of underinvestment. Bloomberg CityLab takes a look at the $14 billion project, which includes replacing or modernizing 1,800 km of tracks, 140 bridges, 800 stations and 2,000 switches.

Paying for climate cooperation: Leaders of the G7 countries meeting in Bavaria this week will be discussing ways to get the developing world to shift to reduce carbon emissions, even as many of the seven wealthy nations respond to high energy prices by lifting gas taxes, reopening coal plants and authorizing more oil drilling. Perhaps recognizing their own struggles to shift from fossil fuels, G7 leaders are increasingly stressing the importance of offering incentives to developing countries to reduce emissions, rather than simply telling them that it’s their duty to join the fight against climate change.

A tri-state rail agency? The New York City metro area stretches across three states and hundreds of municipalities. There are a lot of efficiencies to be gained by uniting the multiple rail agencies that get workers to and from the city, and now there is a campaign advocating for an unprecedented consolidation. But it may just make too much sense for the notoriously byzantine public transit bureaucracy in the Big Apple. 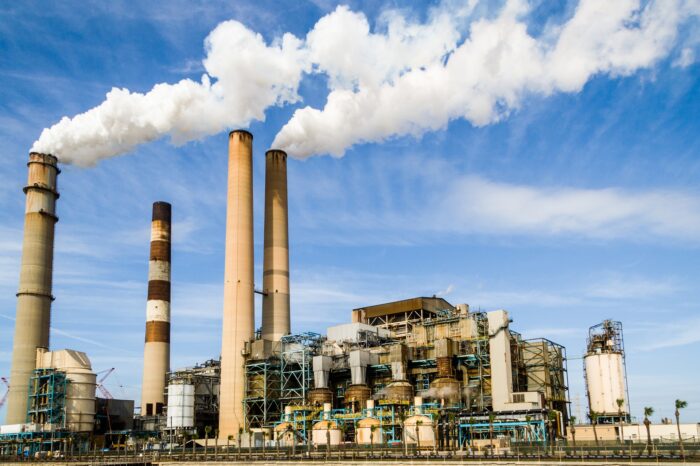 Week in Review: A tough ruling for climate change