The U.S. federal government releases a trove of data on car crashes involving  autonomous systems –– but nobody seems to know what to make of it yet. The only thing we know for sure is that Ferrari has no interest in ever making a driverless car.

EV prices continue to go up, including for Tesla, which just hiked prices for the fourth time this year. One observer predicts that Indian EV makers will succeed at Tesla’s expense. High gas prices have boosted public transit ridership, but transit agencies are nevertheless confronting the scary reality that many white collar commuters may never return, forcing them to rethink what services they offer and how they should be funded.

Last but not least, why has France had so much more success in reducing roadway deaths than the U.S.?

A trove of ADAS crash data: The National Highway Traffic Safety Administration releases 10 months of data on car crashes involving autonomous driving assistance systems. The 392 reported crashes during that time led to six deaths and five serious injuries. Seventy percent of the crashes and five of the six fatalities involved Teslas, which has many more ADAS-enabled cars it has on the road than other automakers. NHTSA officials cautioned against drawing conclusions from the data, noting that it is not yet clear from the figures how the frequency of AV-related crashes compares to overall car crash rates.

Tesla hikes prices again: Tesla raises prices on all of its models. The biggest increases will be for the Model S and the Model X, which are going up by $6,000 and $5,000, respectively. This is the fourth time in 2022 that Tesla has hiked prices.

Lime experiments with shared e-motorbikes: The micromobility operator best known for stand up scooters and bikes is now offering motorbikes on its platform in Long Beach, Calif. The vehicles –– known as Citras –– can either be described as very slow mopeds or e-bikes without pedals. They top out at 20 mph. They hopefully offer a slightly sturdier, safer ride than stand-up scooters. We’ll see: micromobility form factors continue to rapidly evolve.

And speaking of new form factors, Honda makes a scooter: The Japanese automaker develops a three-wheeled standup e-scooter with a balance assist mechanism that is aimed at offering greater stability for riders. The vehicle, which will be available next year, can go up to 15 mph (25 kph) and about 18 miles on a charge.

Here come the drones: Amazon announces that it will begin making deliveries by drone in the small town of Lockeford, Calif. later this year. Assuming the company gets approval from federal regulators, residents of the town will be able to choose to have certain items delivered by drones that can carry up to five pounds.

Electric Last Mile Solutions declares bankruptcy: The EV startup declares bankruptcy only a year after going public via SPAC. At its height the company reached a market cap of $1.4 billion and claimed to have 45,000 pre-orders for its electric delivery vans. However, it never secured the funding necessary to build the vehicle and was roiled by allegations of financial impropriety that forced the resignations of the CEO James Taylor and chairman Jason Luo.

Ferrari goes electric but NOT autonomous: The Italian sports car brand wants to release its first EV by 2025 and aims for 60% of its sales to come from electric or hybrid cars by 2026. However, in sharp contrast to other automakers, CEO Benedetto Vigna says Ferrari has no interest in ever developing a driverless car. “No customer is going to spend money for the computer in the car to enjoy the drive,” he said. When it comes to Ferrari, we kind of agree.

Blink buys SemaConnect: Blink Charging, a Miami company and operator of EV charging equipment, pays $200 million to acquires SemaConnect, a privately held Maryland-based company that builds EV charging infrastructure. Blink touts the deal as making it the only company to offer “vertical integration from research and development and manufacturing to EV charger ownership and operations.

How did France do it? Until 30 years ago, a French person was about as likely to get killed in a car crash as an American. Today, Americans die on the road at nearly three times the rate as the French. Yonah Freemark of the Urban Institute examines what France has done to reduce traffic carnage, from automated speed cameras to pedestrian-centered infrastructure.

A streetcar in Omaha? Government and business leaders in Omaha have united behind a plan to build a three-mile street car route through the downtown of Nebraska’s largest city. However, Omaha native Thomas Rubin, a national transit consultant, believes the project won’t generate high enough ridership to justify the cost.

Transit agencies face commuter crisis: The shift to remote work continues to weigh on transit agencies, forcing some to reconsider funding systems that are highly dependent on fare revenue. Bloomberg CityLab talks to transit leaders across the U.S. about whether they believe the pre-pandemic ridership will return and what their plans are for survival if they don’t. Downsizing may inevitably be in the cards for some.

Cruel irony: The price of EVs is climbing even further out of reach for those who are most desperate for relief from high gas prices. The average EV sales price is now roughly $60,984, compared to $46,634 for new cars overall. The one exception is the 2023 Chevy Bolt, which GM is making a big point of pricing below $30,000 in the hopes of establishing itself as the everyman’s EV.

EVs hit the rental market: The first thing Hertz did after emerging from bankruptcy last year was commit $4.2 billion to buy 100,000 Teslas. Its chief rivals, Enterprise and Avis, have followed suit, making their own EV investments. CNBC takes a look at how the rental industry is planning for the EV transition, including by building their own charging infrastructure and appealing to corporate clients with climate change goals.

Cuba’s electric embrace: The communist island nation is facing a serious shortage of fuel and cars, prompting many Cubans to adopt low-cost electric vehicles, such as e-mopeds or electric quadricycles.

How Texas became the driverless trucking capital: The Lone Star State’s long highways, big freight market and light AV regulations have made it a natural destination for autonomous trucking companies to test out their technology. Reuters examines the implications –– positive and negative –– of the laws written to attract the industry 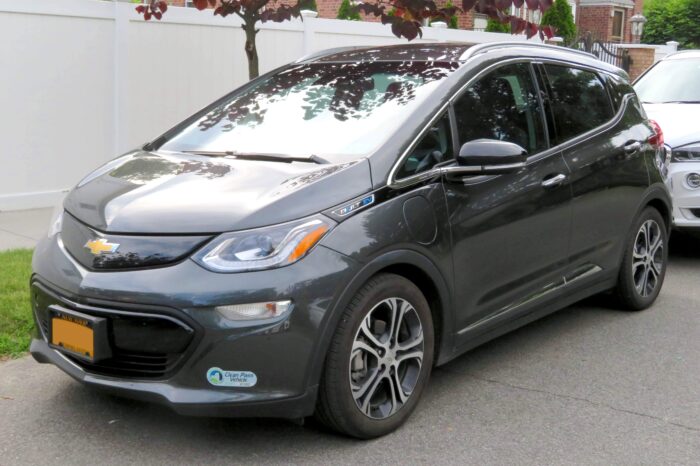 Week in Review: A big step for robo-taxis