Week in Review: The EV demand is there. The supply is an issue.

Let’s start with the good news: CoMotion Miami kicks off in just 9 days! You’ve still got time to get tickets to participate in person at the Mana Wynwood Convention Center. If you can’t physically be there, you can register to follow the proceedings virtually. Register here!

Also good news: interest in EVs is skyrocketing. But supply chain issues, exacerbated by lockdowns in China, continue to make it tough to get one. And a new report shows how little progress the U.S. has made on building the infrastructure necessary to support widespread EV adoption.

Meanwhile, Elon Musk throws a big party to celebrate the opening of Tesla’s new factory near Austin and says Full Self Driving will be available to anyone who wants it this year. Rivian is picking up the pace on production, but not nearly fast enough to meet the massive demand, from both individuals and its biggest customer, Amazon, anytime soon. Nissan unveils a prototype for an EV powered by a solid-state battery –– to be released in 2028. And VinFast, the Vietnamese EV maker, plans to go public and ask the U.S. federal government for a loan to help build its $4 billion factory in North Carolina.

Also: a promising e-bike shows a nasty habit of snapping in half, Google offers its workers free e-scooters, Aurora undertakes another major driverless trucking experiment in Texas and the Dallas airport takes a look at autonomous parking.

The numbers don’t lie: Google searches for EVs increased 43% from January to February and a further 57% from February to March. But don’t expect sales to have increased by nearly that much. The global supply chain challenges are making it hard for EV makers to keep up with demand.

Lockdowns drag on in China: Shanghai manufacturing operations for Tesla, VW and BMW have now been closed for more than two weeks in response to stringent Covid lockdowns the government has reintroduced. Chinese EV group Nio valiantly tried to remain open but finally suspended production, citing supply chain disruptions caused by the lockdowns. Two major chipmakers –– Taiwan Semiconductor Manufacturing and SMIC –– are keeping their Chinese plants operational by having employees live on site and submit to regular testing.

Rivian picks up the pace: The EV maker produces 2,553 vehicles in Q1, more than double the 1,015 it produced in the final quarter of 2021. That’s still but a fraction of the 83,000 orders for SUVs and pickups and the 100,000 delivery vans Amazon has ordered. The company is attributing the slow production to the global semiconductor shortage, saying that it will be able to deliver 50,000 vehicles annually once it has better access to chips.

And speaking of numbers, Uncle Sam is short 100,000: The federal Government Accountability Office says that the U.S. government’s 1,100 EV charging stations amount to about 1% of what it needs to support widespread EV adoption.

Nissan’s solid state prototype: The automaker unveils a prototype of its first EV running on solid-state batteries, which promise to be cheaper, charge more quickly and offer greater range than conventional batteries. But it’s going to be a while: Nissan’s goal is to make the car a reality in 2028.

Didi ditches South Africa: Didi Chuxing, the huge Chinese ride-hailing service, ends operations in South Africa after a year of trying to compete with Uber and Bolt. The company isn’t offering an explanation for its departure, but probable reasons include a failure to chip away at the incumbents’ market share and increased labor activism from drivers, who are putting pressure on the government to more tightly regulate ride-hailing.

Public Offering and public assistance: Vietnamese EV maker VinFast plans an IPO in the U.S. Well, technically it’s a Singapore-based holding company that’s going public as it gears up to invest $4 billion into manufacturing operations in North Carolina. But in addition to a boost from the equity market, VinFast says it will seek loans from the U.S. government, specifically from the $25 billion fund set up to save GM and Ford from bankruptcy in 2007.

Uber gets schooled in liquor law: Some legal experts question whether Uber knew what it was getting into when it paid $1 billion to acquire Drizzly, an alcohol delivery app. Liquor regulations that mandate separations between manufacturers, distributors and retailers may complicate the integration of the two existing services.

Autonomous parking in Dallas: STEER Tech, a Maryland autonomy startup, will use Dallas-Fort Worth International Airport as a test bed for its automated parking software. The company will use a fleet of 10 vehicles equipped with its software to demonstrate how autonomous parking technology can help relieve congestion and save passengers the major hassle of finding parking and then getting to the terminal.

Aurora goes to the border: Aurora, the Pittsburgh autonomous trucking startup, will begin sending driverless tractor-trailers on a nearly 600 mile journey in Texas between Fort Worth and El Paso. This is hardly Aurora’s first rodeo in the Lone Star State: it has also been making 400-mile autonomous freight deliveries for FedEx between Houston and Dallas since the fall and last month it began testing a fleet of robo-taxis in Dallas.

It breaks our heart in half: Chinese e-bike manufacturer Fiido recalls its folding e-bike, Fiido X, due to risks of it snapping in half. The Shenzhen-based company offers direct-to-consumer bikes at low prices. The one being recalled retails for $1,298 and had garnered praise, including from those who had panned its initial product, the $999 Fiido D11.

Google offers workers free e-scooters: As the tech giant tells workers to return to the office, it is offering them a free subscription for an Unagi e-scooter. Unagi scooters cost $990 to buy or $49 a month to rent. Nice.

Tech Crunch offers us a glimpse behind the scenes of Mercedes’ efforts to deliver a Level 3 autonomous vehicle by next year.

Bloomberg CityLab offers a way for residents to overcome the many bureaucratic and political obstacles that prevent cities from fulfilling their promises to make transportation safer and more equitable. 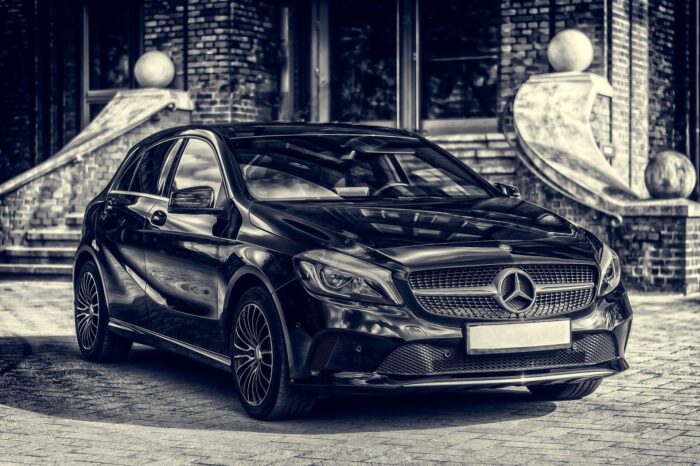 Week in Review: Is the challenge to Tesla finally here?