Level 3 autonomy is the uncanny valley of AV tech; its challenges say a lot about the future of self-driving cars and trucks

Elon Musk likes to brag about Tesla cars, and their superb technology. But recently, it appears he may have taken his eyes off the ball in the race to develop technology allowing drivers to take their own eyes off the road.

In March, Honda Motors announced its Legend sedan, equipped with Honda Sensing Elite technology, would be the first mass-produced, commercially available vehicle with Level 3 autonomy. Defined as “conditional driving automation,” this degree of self-driving allows the driver of a Legend to lay back, let go of the steering wheel, and even watch movies on the vehicle’s infotainment screen, at least until the car requests or requires the driver to take control during emergency situations. The sedan can even pass slower cars on the highway. Other leading self-driving systems in use today, such as Tesla’s Autopilot and Cadillac’s Super Cruise, only qualify as Level 2, and require drivers to keep their hands on the wheel at all times.

“Most accidents involve human error, and driving will be more exciting if we can mitigate the driver’s fatigue and stress,” Honda chief engineer Yoichi Sugimoto told reporters. “We aim to reduce the driving burden.”

While the Legend is only being made in a limited run of 100 cars, priced at $102,000 each, it marks another crucial step in the road towards Level 5, full autonomy. The step is also, in many ways, an uncertain one. Within the six-step scale devised by the Society of Automotive Engineers, Level 3 straddles two technological paradigms, what could be called largely assistive tools for human drivers, and a world where cars do the vast majority of the driving and decision-making. It’s autonomy’s awkward adolescence, a point when a car can drive itself on a relatively steady road, but needs a human ready to assume control at any moment. It can look like autopilot in a plane, but it’s not quite that hands off (and planes have many fewer distractions or unexpected interruptions during a flight). It calls into question Sugimoto’s claim; can a driver ever fully relax knowing they’re expected to assume control during a hazard or emergency?

“There’s been this awakening to the level of complexity around what it takes to commercialize autonomy,” says Asad Hussein, a mobility analyst at Pitchbook. “Level 3 is as much about liability as it is about the technical capabilities of these systems. Some of the definition is semantics, but the reality of liability means monitoring the driver.”

Is Level 3 Worth the Investment?

Industry observers believe the next few years will see an explosion in AV tech. Mercedes-Benz announced plans to deploy its own Level 3 systems later this year, specifically for highway driving. Morningstar predicts the global market for advanced driver assistance and automated driver systems will expand roughly five times between 2020 and 2030, vaulting from $15.2 billion to $75.4 billion. During the same time, vehicles sold with Level 2 tech will increase from 8.9 to 33.9 million, while an estimated 726,500 Level 3-5 vehicles will sell in 2025, increasing to 6.7 million by 2030. Fuji Chimera Research Institute believes Level 3 will hit broad deployment by 2030, and by 2045, will be an important feature in 43 million vehicles on the road.

But Ramanarayan Vasudevan, a University of Michigan engineering professor and autonomous vehicle expert, says many carmakers may simply skip Level 3 and take the time to properly develop Level 4 systems. If you’re going to develop a system that can detect and hand off controls to a human in a crisis, a complex undertaking in itself, why not instead work to ensure cars can respond to the challenge on their own? It can be trickier to design a system that shares responsibility.

“Car companies have spent a lot of money in this space, and Level 3 is a big step forward,” he says. “If it was deployed correctly and we had a way for drivers to stay engaged, this system could have a very large impact. But we need to make sure drivers are engaged and paying attention. This is why many automakers have skipped Level 3. It’s a really hard problem to figure out: is this person paying attention?” 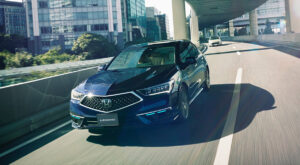 Pitchbook’s Hussein says it’s perhaps more instructive to look at the various levels not just as technological progress but as levels of liability (legal liability is a  major concern that could hinder AV adoption, according to a survey by engineering group IEEE). Fine-tuning driver-monitoring systems means new costs, since automakers have to spend money testing and validating systems, and add additional hardware, computing power, and actuators.  Some technology startups, such as TriEye, are even designing eye-tracking and monitoring technology to make sure drivers aren’t drifting off, solutions known as driver monitoring systems (DMS). Numerous technical challenges—headlamps shining into the car and blinding sensors, light flare-ups at night, or trees creating shadow patterns obscuring the driver’s face—test even the most advanced camera systems.

“Level 3 is super controversial, and people have different views on whether it’s even something we should try to do,” Hussein says. “Reaching that Level 3 threshold is like 99% of the work to get to Level 4.” In many ways, it’s all the work without the payoff of something near full autonomy. Takaki Nakanishi, CEO of Tokyo-based Nakanishi Research Institute, told Nikkei that Honda’s leap into Level 3 ultimately may not be worth the investment, since the limited freedom may not be worth the substantial cost.

The automotive industry is divided on whether that additional degree of autonomy is worth the cost. San Diego-based startup TuSimple is currently offering Level 3 autonomy for package delivery, serving clients like UPS, and other freight and logistics providers that see the value in this interim step, since so many of the miles covered by their fleets are on smooth, relatively straight and boring highways.

Car companies, such as Ford, are not convinced. Many of the tech firms already with industry-leading autonomy solutions, such as Argo AI, Cruise, and Waymo will skip straight to trying to commercialize Level 4 (Alphabet, Waymo’s parent, previously tested Level 3 and found drivers were too trusting and in some cases fell asleep behind the wheel).

Other automakers appear to see things differently, betting on Level 3 as advanced cruise control, another safety feature to use as a selling point. Some, like Volvo, which is partnering with Lidar startup Luminar, are working with startups to develop their Level 3 capabilities. Pitchbook predicts that upcoming regulations mandating automated safety features in Europe and the U.S. will steer additional investment towards startups working in the advanced driver-assistance space.

Part of the divergence in approaches is definitional, according to Vasudevan. The vagueness of defining the different steps on the road to full autonomy, and the SAE’s lack of quantitative measurements, allow for a grey area that companies are exploiting for marketing and messaging purposes. Level 3 tech may not work for a robotaxi startup trying to operate in New York City, but it could be excellent for someone operating a mid-range trucking fleet. Consider GM Cruise’s recent acquisition of Voyage, a startup focused on running shuttle in senior developments; operating relatively fixed routes in uncrowded streets means it’s easier to meet the proper technological threshold than running buses through rush hour traffic.

“I’m more optimistic about narrowing the use case, than the weird Level 3 paradigm of doing everything,” said Hussain. “Campuses, logistics, long-haul trucking, middle mile and last mile, limited highway applications, you’ll see that happen in the early-to-mid 2020s time frame. The narrower your definition, the faster you can get your return.”

And that’s where making Level 3 mass-market becomes tricky. Driver monitoring technology may be mastered by companies like TriEye, which is testing out new SWIR (short-wave infrared) cameras and other solutions to better track driver motion and focus. But the Honda Legend’s limited run may point to a tricky marketing challenge of this technological step; if the car is already extremely expensive because it needs nearly the same tech as a fully autonomous car, but can’t offer the benefits of a driver being able to truly tune out, is it worth it? 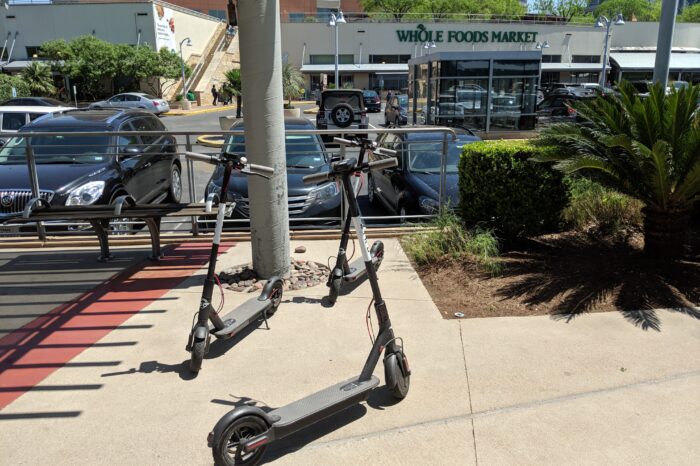