Week in Review: biggest SPAC ever, Elon’s Vegas tunnel & how does the U.S. pay for Biden’s infrastructure package?

Happy Easter – we hope you find this week’s news to be egg-cellent! We start with some big news out of Florida, as CoMotion LAB MIAMI announces its 2021 Task Forces. The new mobility innovation lab – a joint initiative of Miami-Dade County’s Department of Transportation and Public Works and CoMotion – will first focus on Smart Curb Management/Smart Infrastructure and Urban Air Mobility (UAM.) The members of both Task Forces span the public and private sectors, and include leaders from Miami-Dade County, City of Miami, HNTB, Via, Lacuna Technologies, Miami Parking Authority, Skyports, ANRA Technologies, Ellis and Associates, and more. This tops off a huge week for Miami, which also saw the launch of AV smart sensors and delivery robots — as well as the kick-off of registration for CoMotion MIAMI LIVE!

Elsewhere, the big news of course is Joe Biden’s $2 trillion infrastructure package. The third of that princely sum aimed at transportation would transform the way that Americans get around, through massive investments in electric vehicles, public transit, inter-city rail and new transit-oriented affordable housing. Major investments in clean energy and upgrades to electrical grids will also support the transition to EVs and help the U.S. to make meaningful progress in reducing carbon emissions. Of course, this is just what Biden wants. There is certainly strong support among Democrats in Congress to go big on infrastructure, but it’s not clear yet whether the swing votes in the Senate will demand something a little…cheaper. Across the globe, the past week also saw Australia push for new pro-EV legislation, Volkswagen pretend to rename itself, faster subways in China, and much more – all below.

Grab that SPAC: Grab Holdings, the Singapore-based ride-hailing group, plans to merge with a blank check company to go public. Grab, which offers ride-hailing and food delivery throughout Southeast Asia, is aiming to raise $2.5 billion at a $35 billion valuation, making it the biggest SPAC deal ever. Like American counterparts Uber and Lyft, it’s not yet clear that Grab’s ride-hailing business has a path to profitability. But like Uber, it has branched out into food delivery and believes that that part of its sprawling business will break even by the end of the year. The eye-popping valuation suggests there’s still plenty of SPAC money to be made, even if some signs point to cooling retail investor interest, and increased scrutiny from the SEC.

Paying for infrastructure: President Biden proposes raising corporate taxes from 21% to 28% to fund his planned $2.25 trillion infrastructure plan. Unsurprisingly, that has drawn pushback from business groups and Republicans. GOP Senate Leader Mitch McConnell is calling for a much smaller package, arguing that it should be funded by “users,” such as tolls or mileage taxes for drivers. While Transportation Secretary Pete Buttigieg has also expressed an interest in mileage taxes, the idea will likely draw pushback from some Democrats, who view it as a regressive way to fund transportation. McConnell’s proposed funding mechanism also highlights his far narrower view of infrastructure, which excludes many of the “human infrastructure” priorities in Biden’s proposal (child care, in-home care, schools).

Big battery settlement: Two South Korean manufacturers have settled a legal dispute that threatened the global supply of EV batteries. SK Innovation , which the U.S. Federal Trade Commission had accused of stealing trade secrets from rival LG Energy Solutions, agreed to pay LG $1.8 billion as compensation. As a result, SK can go ahead with a planned factory in Georgia that major automakers, including Ford and VW, are counting on for upcoming lines of EVs.

$100B for EV incentives: The Biden administration says that of the $174 billion it has proposed to support the EV industry, $100 billion will be for consumer incentives. Although the administration is not yet offering specifics, a likely outcome is raising the existing EV tax credit from $7,500 to $10,000 and lifting the limit on the number of tax credits a manufacturer can use. Currently, the credit phases out after an automaker sells 200,000 units, which means buyers of Teslas and GM EVs are no longer eligible.

Beer me a battery: Panasonic, the storied Japanese electronics firm, believes it’s positioned to manufacture the next-generation EV battery that looks like the top of a beer can and which Elon Musk has said will allow Tesla to sell cars for as little as $25,000. Tesla is trying to manufacture the large “4680” lithium-ion cells in-house but it has also asked Panasonic, one of its top battery suppliers, to go for it as well. The hope is that the 4680-type batteries, much larger than typical EV cells, would allow car-makers to reduce costs because fewer cells are required for each vehicle. However, in a recent interview, Panasonic CEO Yasuaki Takamoto expressed skepticism about Tesla’s proposed cell format. Hmm…

The electric Chevy Silverado: A few months after announcing plans to build an all-electric Hummer, GM says it is working on an EV version of its signature pickup: the Chevy Silverado. The automaker has not proposed a timeline for production, but industry observers are guessing the vehicle won’t hit the market until 2023 or 2024. Meanwhile, Ford says its electric F-150 –– the Silverado’s chief rival –– will be available in the first quarter of next year.

Freeway foes emboldened by Buttigieg: Transportation Secretary Pete Buttigieg’s order to halt a controversial interstate highway expansion in Houston has inspired activists across the country to appeal to the new administration to stop similar projects in their own communities. Groups aiming to halt federally-funded highway expansions in Portland, Milwaukee and Boston are penning letters to U.S. DOT invoking many of the same environmental and racial equity arguments that have been levied against the I-45 project in Houston. Watch this space…

PA experiments with variable speed limits: Pennsylvania’s transportation authority is putting in place variable speed limits on a 14-mile stretch of highway between Philadelphia and King of Prussia, a major suburb. The state is putting in place 72 dynamic signs that will show speed limits between 35 and 55 mph based on traffic, weather conditions and other factors. The effort is aimed at reducing crashes –– and the resulting traffic jams –– and points to evidence that variable speeds implemented around the country have reduced crashes by an average of 30%.

Malaysian state bets it all on BRT: The state of Johor in Malaysia is launching an ambitious bus rapid transit initiative aimed at dramatically boosting public transit use among the 1.8 million residents of Iskandar Malaysia, a major economic development zone. By putting in place a system of buses with dedicated bus lanes, the government believes it can increase transit’s mode share from 15 percent to 40 percent in just four years.

LA takes off: The U.S. Space Force chooses Southern California as the site of its Space Systems Command, where the newest division of the military will research and prototype space-related defense technology.

Level 2 Lexus: Toyota unveils semi-autonomous versions of two vehicles: the Lexus LS and the Toyota Mirai. The cars are classified as Level 2 autonomous, meaning they can generally navigate highways on their own but require the constant monitoring of a driver. Now available in Japan, Toyota says they’ll be coming to the U.S. in the fall. Whereas Tesla has controversially described its similar software as “Full Self Driving,” Toyota is much more cautiously (and accurately) describing its program as “Advanced Driver Assistance.”

Chipotle eyes autonomous burrito deliveries: CEO Brian Niccol says the burrito chain’s recent investment in robotic delivery startup Nuro may lead to autonomous taco deliveries in the near future. Just as important, however, the company is evaluating the use of autonomous vehicles in transporting goods between supply centers and its thousands of storefront locations.

TuSimple prepares for IPO: San Diego-based TuSimple files to raise $1.25 billion in an IPO as it seeks to develop Level 4 autonomous freight trucks. The company, backed by major investors in China as well as big bucks from the U.S. freight industry, is targeting a valuation of $7.85 billion.

It’s a… tunnel: Elon Musk’s Boring Company unveils a $52.5 million tunnel designed to transport visitors to the Las Vegas Convention Center from one end of the enormous facility to another. The plan is for visitors to travel in self-driving Teslas, but so far the cars are all driver-operated and go at top speeds of 35 mph. While the existing function is quite narrow, there is talk of extending the tunnel system to other key sites in Vegas, such as the airport and, of course, the Strip.

You call this active, eh?: The Canadian federal government announces a plan to spend $400 million on active transportation over the next five years, the first time it has ever set up a designated fund for pedestrian and bike infrastructure. For a wealthy country of 30 million, however, that’s hardly big money. Consider that voters in the city of Austin, Tex., which is about 1/30th the size, approved a $460 million active transportation bond in November.

E-bike mania in China: The Chinese have gone crazy for e-bikes. Even though it is now the world’s largest car market, there are an estimated 300 million e-bikes in circulation on Chinese roads.. Most people pay between $200-600 for their bike. That’s far less than what e-bikes are fetching in the U.S. and Europe, but considering the lower average incomes in China, the prices may be comparable in terms of purchasing power. The low prices may also be a result of the crazy competition: 52,000 e-bike manufacturers are registered in the country. You read that right!

What the Helbiz: Helbiz, the New York-based Italian-American micromobility operator, acquires MiMoto Smart Mobility, an electric moped service currently operating in four cities in Italy. People seeking last-mile transportation in Florence, Milan, Turin and Genoa will now be able to rent e-scooters, e-bikes and e-mopeds through the Helbiz app. Although Helbiz operates in more than two dozen cities across Europe and North America, it looks like it will only be offering mopeds in Italy in the near future.

Deseret News looks into the unusual alliances shaping the battle over a proposed lithium mine in rural northern Nevada.

Shareable takes a look at the controversial history of “street trees” in New York and Boston.

An easy business card update: Current Metrolink CEO Stephanie Wiggins is headed to LA Metro, replacing outgoing CEO Phil Washington. While her productive stint at the commuter rail operator wasn’t too far from her new digs, the appointment marks a homecoming of sorts: she previously served as Metro’s Deputy CEO from 2015 to 2018. Welcome Stephanie!

Way less: Long time Waymo CEO Jeff Krafcik steps down, after five years on the job. His tenure was marked by both impressive milestones, but also a number of shortcomings. While Waymo is far-and-away the AV leader, it has fewer than 1% of the autonomous vehicles on the road that Krafcik promised just a few years ago. He’s to be replaced by his current lieutenants Dmitri Dolgov and Tekedra Mawakana, who will serve as co-CEOs.

Quieres TNC? Latin America’s rideshare juggernaut Cabify is hiring at a rapid pace, with marketing, engineering, operations, and support roles all available across South America, as well as its Madrid HQ.

Parlez-vous PR? French hydrogen goliath Air Liquide has a number of roles open across its public relations, communications, and content departments. Lucky for you the word “hydrogen” is pretty similar in the language of love: hydrogène. 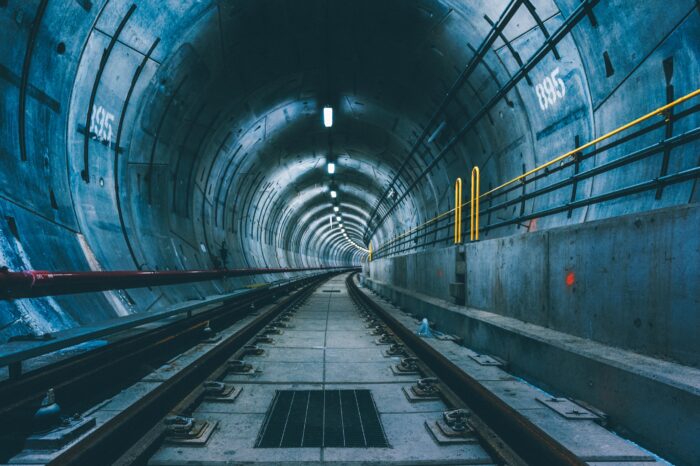 From Moscow to Los Angeles Transit - Megaprojects Reshaping the World