Doesn’t it seem like everyone in mobility is trying to cram as much work in as possible before the holidays? In one week Uber has struck deals to sell off both its AV unit and its flying taxi division, although it doesn’t appear to have the heart to abandon either entirely. DoorDash goes public and sees its stock go through the roof. It’s a winter wonderland of stranger-than-fiction technology: GM lends more credence to the once-preposterous idea of an electric Hummer, the Air Force breaks ground on a testing site for flying cars, Toyota says it will make an EV that can be charged in 10 minutes and Aptera says its vehicle may never have to be charged! Meanwhile, things continue to look bleak for public transit around the U.S., but some cities and states are getting creative trying to find money and LA is plowing ahead with a bunch of new bus routes anyway.

Toyota-lly electric: Days after San Jose-based QuantumScape announced that its new solid-state battery could charge 80% in 15 minutes, Toyota is out with an even bolder claim: that it will soon make an EV that can be fully charged in 10 minutes! The Japanese automaker says a prototype is due sometime next year. Before that happens, though, Toyota will also be releasing its first EV — an SUV that will be available in Europe in early 2021 before coming to North America in the following months.

Free of charge: Alas, a 10-minute charge is nothing compared to what EV startup Aptera is saying about its soon-to-be-released three-wheeled vehicle: you may never need to charge it. Or, more specifically, the company claims that its vehicles, which have yet to be vetted by any objective observer, will have 1,000 miles of range but will be covered with solar panels that, weather-permitting, will be able to provide up to 45 miles of range per day or 11,000 miles per year. We’ll believe it when we see it.

Labor fights back: To many observers, the passage of California’s Prop 22, which allows companies like Uber and Lyft to classify their drivers as independent contractors, rather than employees, looks like a big win for gig economy companies. But others suggest this may just be the first of many battles between TNCs and labor groups, with the latter likely to notch some wins as well.

An Uber flight: Uber sells Uber Elevate, its flying car division, to Joby Aviation, the Toyota-backed startup that aspires to build an air taxi business. The ride-hailing giant will retain an interest in the technology by investing $75 million in Joby. This comes a few days after Uber similarly unloaded its AV division to Aurora Innovation, which it is supporting with a $400 million investment.

Hyundai ups EV spending: Following similar announcements from GM, Ford and VW, the Korean car-maker says its increasing investment in EVs and hybrids by 40% over the next five years –– to a cool $13.7 billion. Meanwhile, Genesis, the company’s luxury division, says it will release two EVs next year, but it’s not offering any specifics for now. For what it’s worth, nearly three years ago it teased the concept of an electric low-slung coupe with butterfly doors –– could it finally be making good on it? We’re crossing our fingers…

Uber essential: CEO Dara Khosrowshahi writes to all 50 U.S. governors asking them to put Uber drivers at the front of the line for the Covid vaccine, calling them a “lifeline” to communities around the country. Hopefully we don’t forget about bus drivers, rapid transit workers, and others…

Cash stash for DoorDash: The food delivery startup ends its first day on the market valued at 17 times revenue, a multiple that dwarfs even Uber and Lyft. But unlike the latter two, the pandemic has been very nice to DoorDash, which experienced its first profitable quarter ever in Q2 of this year. And yet, the company still reported $149 million of losses in the first nine months of the year and some observers argue that the path to long-term profitability is very narrow.

Humming along: GM showcases the first prototype of its much-hyped electric Hummer. The car-maker drew a lot of interest as well as a fair bit of skepticism in October when it announced plans to make an electric version of a truck that is synonymous with gas-guzzling. Now the company has a short video showing the pre-production prototype at the company’s testing grounds in Milford, MI. The next step, says GM, will be testing the truck in grueling winter conditions in northern Michigan.

Resistance is futile: GM says dealers who don’t want to sell Hummer EVs will not be offered buyouts, as was the case with Cadillac dealers who weren’t sold on the luxury brand’s transition to electric.

The past is the future: Regional and state transportation authorities pour $67 million into Tampa’s streetcar system, hoping to turn what is now a quaint homage to pre-war America into a modern public transit system.

LA debuts new bus system: While other transit agencies are bracing for devastating cuts to service amidst plunging revenue, LA Metro is putting in place new bus routes and increasing frequency along numerous routes. Some routes with low ridership are being eliminated, however.

Air Force gets into flying cars: The U.S. Air Force conducts a virtual “groundbreaking” of a new testing facility in Springfield, Ill. for flying cars. The military branch is partnering with Joby Aviation and BETA Technologies on the development of the technology.

Hey, read Harry: Our friend Harry Campbell, aka The Rideshare Guy, has a chapter in a timely new book, “Beyond the Algorithm.” Pick up a copy for scholarly insights into how the government can better structure the gig economy.

Ladies lead the way: Our friends at Switching Gears kick off a virtual event on Tuesday, celebrating Nissan CMO Allyson Witherspoon, along with other automotive luminaries.

Zoox gets looks: Amazon’s AV subsidiary Zoox unveils its eye-catching fully autonomous vehicle, capable of ferrying four passengers and running up to 16 hours between charges. A delivery-oriented model is also reportedly in the works.

Cruisin’ San Fran: Cruise, the AV startup owned by GM, now has fully autonomous vehicles roaming the streets of San Francisco. The company says safety monitors will be riding shotgun –– at least in the beginning stages of testing. This comes two months after Cruise received a permit to test in the city and a few weeks after some city officials expressed dismay that the company wasn’t communicating more with city government.

Siri’s in the driver’s seat: Apple finds a new home for its AV unit, which will now be under the direction of AI Chief John Giannandrea, the executive who oversees Siri and a variety of other machine-learning products for the Silicon Valley giant. Apple’s autonomy efforts have had ups and downs, but the company has 66 AVs registered in California that it has been testing in the Bay Area.

Ford launches driverless deliveries in Miami: Ford is partnering with the Education Fund, a nonprofit in Miami, to drop off produce and school supplies at kids’ homes. The eight-week pilot program includes two self-driving Ford Fusion Hybrids. The cars are considered fully-autonomous but will nevertheless have human monitors riding shotgun

The Big Apple’s bike-sharing bonanza: A new analysis shows how bike-sharing in New York and London has skyrocketed in the wake of the pandemic. New Yorkers took 43,000 more rides on Citi Bikes this September than during the same month last year.

Scooters in the Spring(s): Colorado Springs, the traditionally conservative city of nearly 500,000, is looking at introducing e-scooters to its streets next spring. Currently they’re only allowed on sidewalks and there are no shared mobility operators in town. It helps that the state legislature last year voted to reclassify e-scooters from “toy vehicle” to “vehicle.”

Scooters in the bike lane: The South Korean government approves allowing e-scooters and any other motor-based transport under 30 kg (67 lbs) in bike lanes, which had previously been required to operate in mixed traffic lanes.

A much cheaper Mercedes: If you want the prestige of the Mercedes brand but don’t have 50 grand to spare, you might consider the new e-bike that the iconic German automaker partnered with N+ to build. The EQ Formula E Team e-bike boasts a range of more than 60 miles and can be fully charged in 3.5 hours. At $3,500, it’s certainly less than a four-wheeled Benz, but certainly more than many other stellar two-wheelers.

Energize the offroads: A bit bigger than most micromobility, but certainly smaller than a full-sized automotive, powersport vehicles are an unusual slice of the mobility world. That said, they often put out more than their fair-share of emissions, as they’re often powered by dirty two stroke engines. That’s why we’re pleased to see Volcon making impressive progress with its all-electric offerings, which now count multiple models at a variety of price points.

Vice takes a look at the “make or break” moment that public transit faces in America and the implications of allowing it to fail.

Tesla, Tesla, Tesla in Texas: The EV-maker has oodles of opportunities for the transportation-minded at its new Gigafactory outside of Austin. They’re looking for an operations leader, a test operator for autonomous vehicles and a recruiting coordinator, among many, many others!

Fly high with Bird: The scooter-sharing service is looking for a senior product designer to work on the app side of things, while it’s seeking a senior validation engineer to make sure the scooters themselves are street-safe.

Public transit seeks a champion: Times are tough in public transit, but MV Transportation, the nation’s largest transit contractor, still has lots of job openings, from entry-level to upper management. For instance, they’re seeking an operations manager in both San Francisco and Sacramento.

A to Z at AECOM: The global transportation consultant has jobs galore. They’re looking to fill positions for director of business systems in Los Angeles, New York, Houston, Chicago and Tampa. 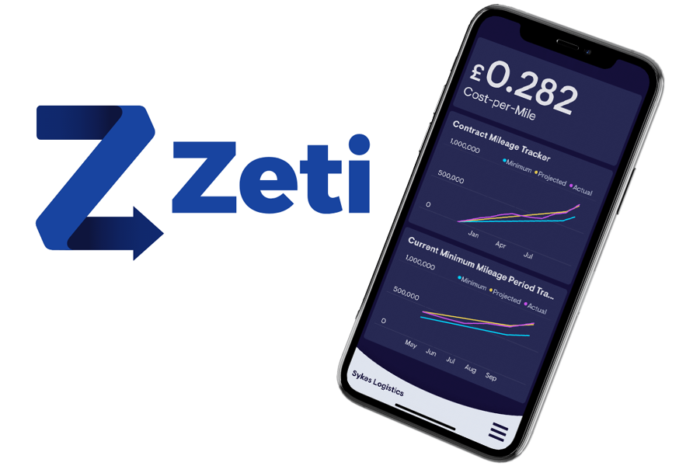