Did you miss any of the terrific conversations at CoMotion LA LIVE? Fear not – all of the sessions were recorded and available to watch here! They feature dozens of the world’s top mobility minds honing in on matters ranging from how the UK is mapping out the future for AVs, the e-bike and e-moped revolution, the dream of the 15-minute city, how urban governments are responding to climate change, which mobility verticals are attracting the most VC cash — and much, much more. Of course, there were also a few important things that happened outside the conference. UK Prime Minister Boris Johnson announced an ambitious plan to phase out gas-powered cars, while California is paying people even more to buy EVs. As America’s biggest and best transit systems are struggling to stay afloat, those that have been historically neglected are finally getting much-needed attention.

Big news out of CoMotion LA LIVE: As our friends at GovTech put it, “CoMotion LA Opens With Eye Toward a New Administration,” while “Equity, Opportunity Get Spotlight at CoMotion LA Conference.”

Speaking virtually to a global audience tuning in from 60 countries, LA Mayor Garcetti unveiled the city’s first Transportation Technology Innovation Zone, and, just weeks away from a new Administration, declared “we must reimagine our future.” CoMotion CEO John Rossant formally launched a new international organization, the Global Partnership for Informal Transportation, to focus on improving and decarbonizing transit in cities across the Global South.

Peter Rawlinson, CEO of rising EV group Lucid, says the skepticism he’s encountering over the sleek and soon-to-be-released Lucid Air reminds him of doubts he confronted before the rollout of the Tesla Model S when he was Tesla’s lead engineer. Speaking at CoMotion LA last Tuesday, Rawlinson says the Air, priced starting at $69,900 and offering as much as 517 miles of range, will quickly put doubts to rest when it’s released this spring.

And last but not least, British EV financing startup Zeti won the 2020 LA New Mobility Challenge. Congratulations to CEO Daniel Saunders and his team from all of us at CoMotion!

UK to end gas & diesel-powered cars by 2030: The goal is part of the Green Industrial Revolution roadmap Prime Minister Boris Johnson is unveiling. Currently EVs account for less than 7% of new car purchases in the UK. To facilitate the transition, the government will spend $1.7 billion to set up charging stations, $770 million on subsidies for consumers and $660 million to develop mass EV battery production.

A very public Arrival: UK-based Arrival, which manufactures electric vans and buses for commercial customers, is set to go public. The company has announced that it will join with CIIG Merger Corp, a special purpose acquisition company (SPAC), to go public at an initial valuation of $5.4 billion. The deal is expected to close early next year, with Arrival landing on the NASDAQ under the symbol ARVL. No wonder Arrival CPO Tracey Yi looked so happy when she spoke at CoMotion LA LIVE…

Meet the EV lobby: An assortment of companies, including Uber, Tesla and major utilities are founding a new group, the Zero Emission Transportation Association, to lobby for EV-friendly policies in Washington and around the country. Bout time, we say.

MTA on the ropes: America’s largest transit agency is sounding the alarm. Without billions of dollars in help from the state or federal government, the MTA will be forced to cut New York subway service by 40% and slash 9,300 jobs. The agency is also threatening to eliminate the unlimited MetroCard, which sounds like a just lovely way to punish transit-dependent riders…

Cali boosts EV incentive: The Golden State is upping the upfront cash incentive for EV buyers, up to $1,500. That’s on top of several Federal incentives that could in theory amount to $13,500.

Here come the Tesla cops: The city of Fremont, CA reports that the used Tesla it purchased for its police department last year has delivered on the promised cost-savings. By using a 2014 Tesla Model S instead of the typical Dodge Charger, the PD spent $2,000 less per year on fuel, maintenance and repair.

Miami begins big push for transit: After campaigning on a promise to improve Miami Dade County’s public transit system, freshly-elected Mayor Daniella Levine Carter and an allied transit nonprofit say they want to make big improvements in the next 100 days, including the provision of dedicated bus lanes and injecting big bucks into pedestrian and bike infrastructure. We like!

A new LA cohort calling: Our friends and partners at the LA Cleantech Incubator are scouting for the next cohort of companies to incubate, with a focus on clean energy, circular economy, and clean transportation companies. Does that sound like you, or someone you know? Head on over to apply!

GM goes big on EV/AVs: The Detroit automaker announces that it’s plowing $27 billion into EVs and AVs over the next five years, upping its previously-announced investment by 35%. Over half of the iconic automaker’s product development staff will now be working in those two areas.

..and hurts some feelings in San Francisco: Members of the S.F. Board of Supervisors are disappointed that Cruise, GM’s AV subsidiary, didn’t accept an invitation to discuss upcoming testing of its vehicles on San Francisco streets. The company has the permission it needs from the state, but city officials wish for more direct collaboration with Cruise.

LiDAR of the pack: Chinese EV maker Xpeng is the first to equip a mass-produced passenger vehicle with liDAR sensors. The company says that liDAR, which stands for light detection and ranging, will enhance detection of surrounding objects. While Elon Musk has pooh-poohed the idea, calling it too expensive and unnecessary, Xpeng CEO He Xiaopeng describes it as a “breakthrough in popularizing autonomous driving.”

Motional ramps up AV testing in Vegas: The Boston-based Hyundai-Aptiv joint venture Motional has the greenlight to test AVs without any security drivers in Sin City. Unlike its recently-resumed initiative with Lyft, which has been using supervised AVs to transport people around downtown Vegas, these vehicles will not involve passengers.

NHTSA seeks input on AV safety: America’s top transportation authority is asking the public to submit comments over the next 60 days as it considers regulations for AVs. The agency has been criticized for largely leaving regulation of the rapidly-changing industry to state and local governments. Although it is the Trump administration that is kicking off the comment period, the actual rule-making will be left to the Biden administration.

Bird may go public: The Santa Monica-based e-scooter startup is reportedly in talks with Credit Suisse to go public via a blank-check company. The company, which is backed by major VC firms, is currently valued at $2.85 billion.

Scooters finally legal in the Big Apple: New York City’s ordinance legalizing the use of e-scooters and e-bikes goes into effect today. The new rules allow scooters that go up to 20 mph and e-bikes up to 25 mph. The city is in the process of setting up a shared scooter pilot program, a la the city’s current Citi Bike program, that will kick off in March.

Scooting to profitability: For the first time ever, the world’s largest micromobility provider has finished a quarter with a positive cashflow. CEO Wayne Ting says the company expects to actually turn a profit in the first quarter of next year.

Butts out for bikes: Now that smoking is banned in train stations, the Netherlands is replacing thousands of obsolete ash trays with e-bike chargers.

Bloomberg Businessweek takes a look at California’s Imperial Valley, which holds hope of becoming the “Lithium Valley,” a potential game-charger for an economically depressed region.

The Los Angeles Times explores a scary prospect for transit agencies: some riders may never come back.

TechCrunch examines how four European cities have embraced micromobility to drive out cars.

We’re holding our breath to see how the Thanksgiving holiday is impact hiring trends and we’re hearing, unofficially, a number of companies are as well. One company that isn’t waiting is Canoo; their SPAC plans seem to be progressing well, based on the number of roles that were open and new jobs added this week.

What we did see was an unusual number of, well, unusual roles…

Lufthansa Group-backed Yilu is focused on adding other modes of transportation to the airline ticket purchase, so you can go door to door when you buy your flight. If that’s a product you’d like to use, they are looking for a product owner.

If you want to be a Cowboy in Belgium, just know you’ll probably be riding a connected electric bike and your latest job opportunities are in product or engineering.

Does MaaS really make financial sense? If you think so, consider this role piecing together the partnerships that are required to make it work.

If you think your job is stressful, just be grateful you don’t have to literally analyze stress…Hyundai’s Urban Air Mobility team keeps promoting the open CTO role (and a lot of other openings). To help their recruiting efforts, maybe they should prioritize the Total Rewards hire first…

And saving the most unusual for last, have you ever wanted to be the Chief Innovation Officer for transportation across the entire United States? The USDOT has a job for you. 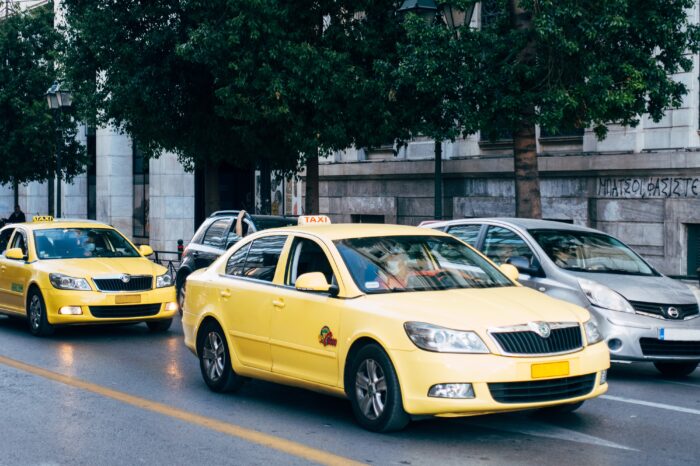