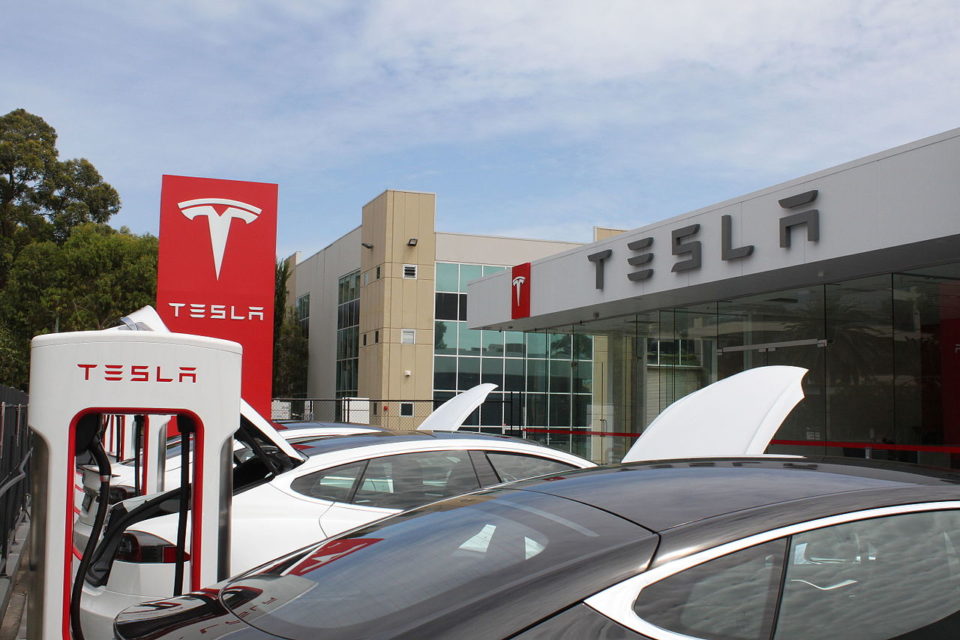 Another week has come and gone as the world of mobility rolled along. Uber continues its push into the Software-as-a-Service space, New York State announces plans to spend $701 million on EV infrastructure, Cabify pivots to the delivery space, and a German court charges Tesla with false advertising. Plus, take a peek at an exclusive reveal of new #VanLife startup Kibbo, and learn what it will take to keep commuters on bikes in the post-COVID era. All that and more, below! 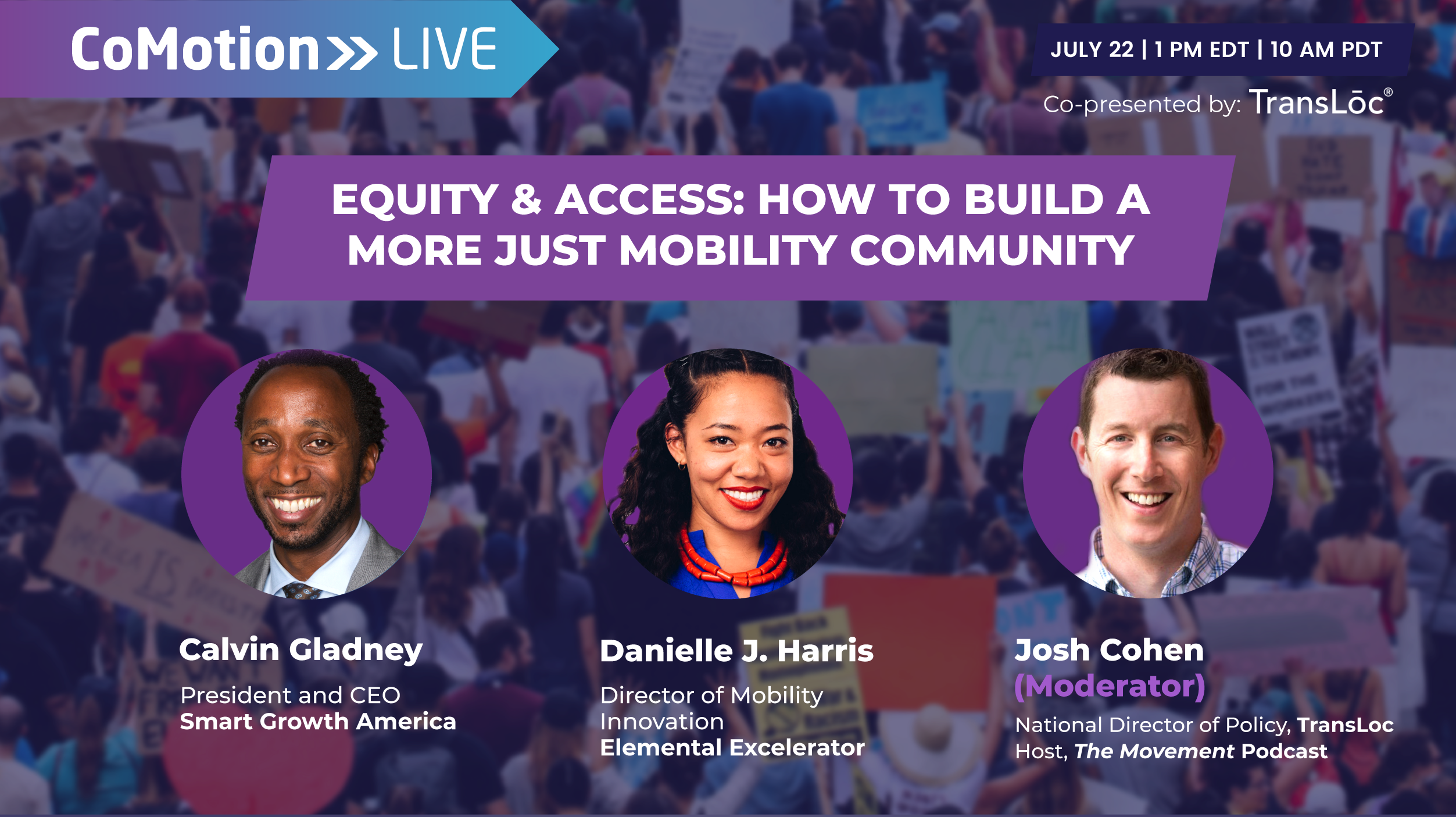 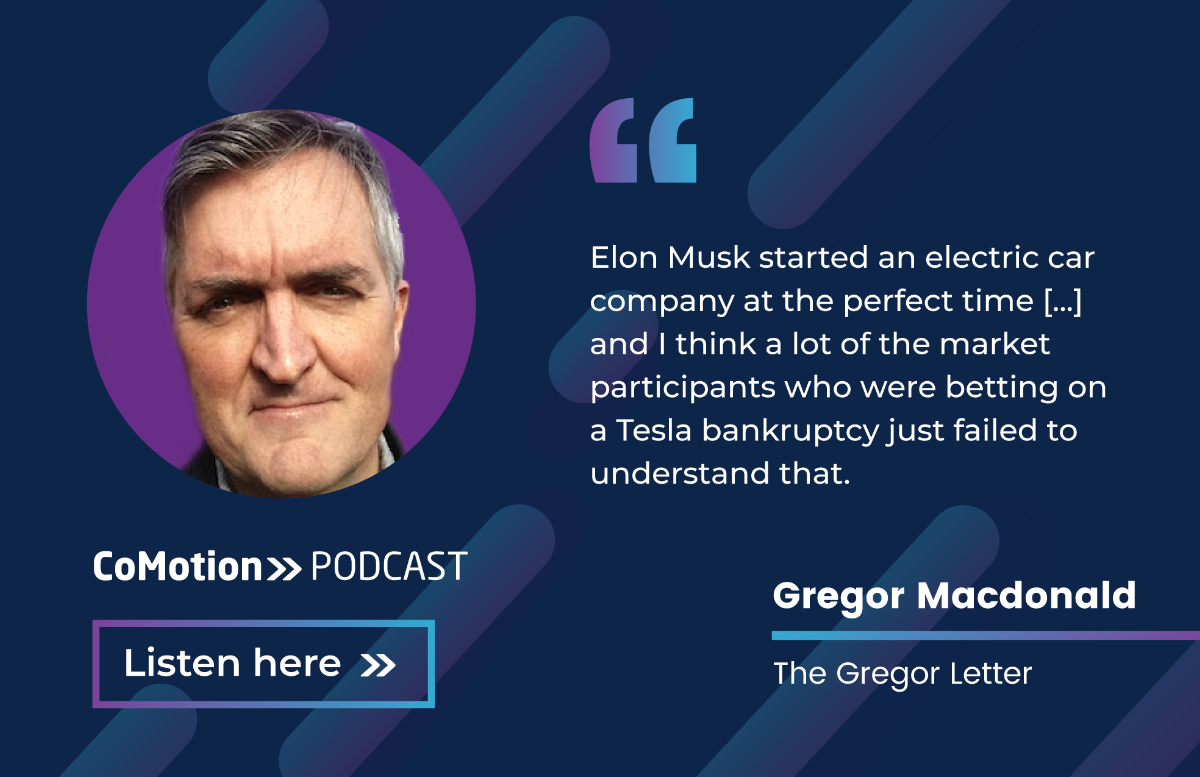 Episode 75. Greg Lindsay sits down with Gregor Macdonald, the mobility, climate change and renewable energy expert behind The Gregor Letter, to discuss Tesla’s massive market cap and what its future trajectory is as part of the energy stack. Greg Lindsay also chats with Jonah Bliss about Fisker and Karma Automotive’s multimillion dollar funding rounds, Uber’s latest ambitions, Revel’s West Coast launch, and other happenings of the week. Listen here.

Incentives for cycling: with the pandemic rapidly recasting commuting habits, the bicycle industry is seeing an unprecedented sales boom. But once offices re-open, getting people to stick to biking is no simple task. In an exclusive for CoMotion>>NEWS, Patrick Sisson takes a look at what sort of corporate and governmental policies and subsidies could keep people out of cars and on greener forms of transport.

Meet Kibbo: in an exclusive for CoMotion>>NEWS, Kibbo Founder (and former Intersection CIO) Colin O’Donnell shares what inspired him to launch his new VanLife startup. Looks like a move out West spurred a fascinating rethink of how to live between nature and different cities, and more.

Consolidation continues: it looks like the food delivery industry continues to be hungry for growth, as Berlin-based Delivery Hero says it’s open to acquiring other delivery companies, including smaller competitors that it already holds a stake in, like Rappi and Glovo. To fuel its ambitions, Delivery Hero outlines a plan to sell up to 1.5 billion euros in convertible bonds.

Electrified trucking: New York, D.C. and 14 other states are developing an action plan to accelerate the electrification of buses and trucks. The aim is to drastically reduce toxic diesel emissions from medium and heavy-duty vehicles by 2030, and eliminate them entirely by 2050.

Cars on demand: London-based Drover recently raised $26 million to expand across Europe. Investors are bullish on the car subscription company, as COVID-19 leads more commuters to reassess their transport options.

New entrant to a small market: hoping to “usher in a new frontier of automotive technology,” LA-based Hyperion will unveil its first product next month, an H2-powered supercar. The lofty goal: creating a zero-emission vehicle that outperforms ICE-powered rivals.

Uber acquisition: as Uber continues its SaaS-fueled push into public transit, the TNC announced it was acquiring Routematch. Founded in 2000, the Atlanta-based subsidiary-to-be provides software for data management, trip booking, dispatching and ticketing, and has over 500 partnerships with transit agencies.

Who CARES? We care: when the CARES Act passed, $25 billion of the nearly $2 trillion in economic relief was earmarked for mass transit. Now, a national coalition of public transit agencies, including major operators like LA Metro, Miami-Dade Transit, MTA, BART, and more are asking the federal government for $36 billion in additional funding as the pandemic drags on.

From laggard to leader? New York State is set to spend $701 million on EV infrastructure, with 53,773 Level 2 charging stations and 1,500 fast chargers to be built by 2025, $48.8 million going to electric buses, and $206 million for equitable access for disadvantaged communities.

Lateral growth: Madrid-based Cabify is entering the delivery space. Making up for lost rider revenue, the TNC will use its existing fleet to shuttle documents, parcels and more for large corporations, with plans to later offer service to small businesses and consumers.

Emerging EVs: ten years after the debut of the Leaf EV, Nissan is finally revealing its second EV: the Ariya, a compact crossover SUV. Marking significant progress for the company, the Ariya will be built on an entirely new EV platform, from the Renault-Nissan-Mitsubishi Alliance. BMW has also recently revealed the iX3 SUV, the company’s first all-electric car to feature over 200 miles of range. In keeping with BMW’s high-end aesthetic, the EV comes with a custom driving noise that was co-developed by Hans Zimmer. Only the best for Bimmer.

All aboard! Despite COVID-related challenges sweeping across almost every industry on the planet, California’s high-speed rail project continues chugging along. Over 4,000 construction workers are building the megaproject at 32 active sites from north of Madera to south of Corcoran, along the 119-mile initial route in Central California. Check out the video from the California High-Speed Rail Authority for a look at all the different pieces of this massive project.

Fisker body, VW guts: as Fisker moves to become a publicly traded company, the EV startup announced it plans to power its first SUV with Volkswagen’s mass-manufactured modular electric vehicle platform. Seems there’s no need to reinvent the wheel when you can just buy from VW.

Testbed of the South: South Florida aims to be a testbed for innovative transit pilot programs. This was made clear several times over during the recent CoMotion MIAMI LIVE virtual conference. From first-mile/last-mile solutions, to autonomous vehicle testing, South Florida is seeing projects advance and productive deployments as those willing to push the envelope make moves in the Sunshine State.

Demystified Down Under: tune in to the latest video in Reece Martin’s Demystified series and take an in-depth look at Sydney, Australia’s impressive new Metro rail project, which involves the automation and disentanglement of myriad regional railway lines.

Bespoke big rigs: Self-driving truck company TuSimple has deepened an existing partnership with Navistar, with the latter taking an undisclosed stake in the former. The idea is to move beyond retrofitting Navistar’s commercial trucks with TuSimple’s AV tech, and instead develop purpose-built autonomous semi trucks.

False AdVertising: a Munch court has ruled that Tesla misled consumers regarding the capabilities of its autonomous driving systems. The court banned Tesla from using the phases “full potential for autonomous driving” and “autopilot inclusive” in advertising materials on its website. This may make things a little awkward as Tesla moves to finish building its Berlin Gigafactory.

Micromobility meets motorsports: hopping on an e-scooter for the first time can be a pretty exciting experience: feeling the force of those high torque electric engines propelling you forward, all without even a kick start. So imagine how intense a 60 mph professional e-scooter race must be — well that’s exactly what the eSkootr Championship aims to bring in 2021.

Betting big on bikes: the Portland Bureau of Transportation is extending the contract for its Biketown bike share system by 5 years. The service area will nearly double and the city will get a fleet of 1,500 pedal-assisted e-bikes, with a top speed of 20-mph.

Cloak and dagger: after recruiting advocacy and non-profit groups to fight LA’s Mobility Data Specifications on privacy grounds, the organization Communities Against Rider Surveillance (CARS) was revealed to be quietly spearheaded by Uber, which has been fighting the data requirement for months.

Equitable wheels: new study suggests that dockless bike sharing may be more equitable than traditional docked programs as they “provide greater availability of bikes for communities of concern than for other communities, attracting more trip demand in these communities.” These findings may raise questions over current city caps on the number of dockless vehicles.

Two wheeled parking: the City of London Corporation swaps out car parking with bike parking as it works towards creating a more people friendly Square Mile. Helping cities with sidewalk clutter, and micromobility sharing providers with vehicle charging, Swiftmile raises a $5 million round to expand operations.

Heads up: with many new bike riders on the road during the pandemic and studies showing drivers often give helmeted riders less passing room, helmet maker Giro stresses that helmets are not designed for impacts against cars.

Hardware highlights: Superstrata launches pre-orders for a 3D printed, carbon fiber framed bike that can be customized to a rider’s proportions and Bounce shows off an in-house electric moped with battery swapping created for the Indian dockless scooter market.

CityLab, on the lessons present-day mobility disruptors can learn from the life and death of the iconic Segway.

SmartCitiesDive, offering a list of significant challenges the auto industry and mass transit will face on the road ahead.

Fast Company, sharing how banning cars in cities has stirred some controversy but has great potential as an experiment of an urban life without cars.

CitiesSpeak, explaining the consequences of rolling back budgets earmarked for infrastructure.

SmartCitiesWorld, warning that in an “urban canyon” of skyscrapers, an AV could have a signal black-out, endangering occupants and pedestrians alike.

Curbed, stating that the popular narrative that people are fleeing cities during the pandemic isn’t strongly supported by evidence.