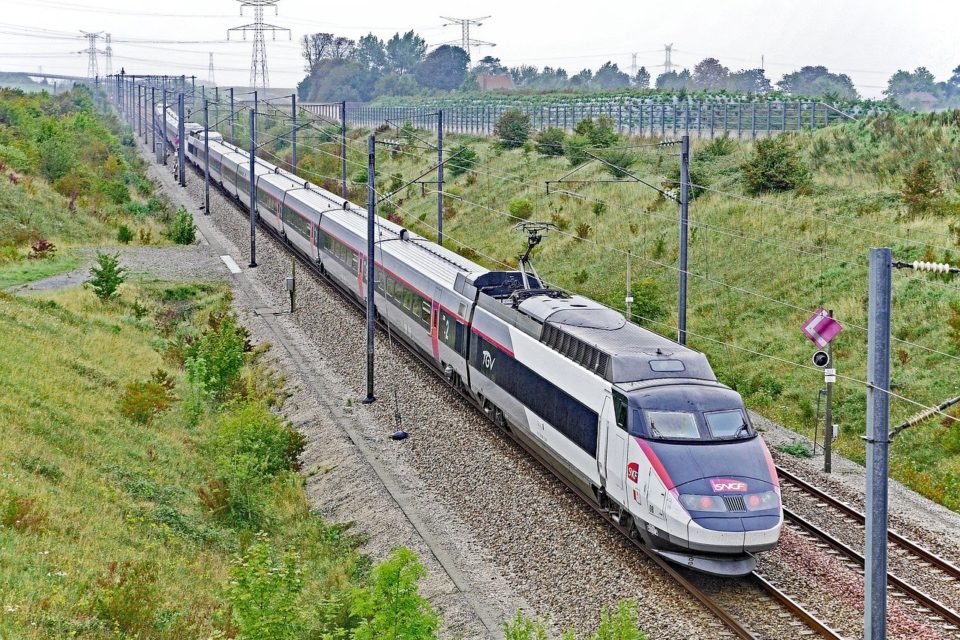 Thanks to everyone who attended CoMotion MIAMI LIVE! The virtual event attracted thousands of participants from 79 countries, making our inaugural event a resounding success. On top of dozens of engaging speakers and informative panels, CoMotion MIAMI LIVE also saw lots of exciting news and reveals, including the launch of CoMotion LAB MIAMI, and the announcement of Israel’s NoTraffic as winner of the M2 Challenge.

The past week saw big news outside of South Florida as well, including Uber’s acquisition of Postmates, Virgin Trains USA’s proposed extension of its LA-Vegas HSR plans, Lyft’s AVs returning to the roads, and much more, all summed up in this week’s CoMotion>>NEWS. 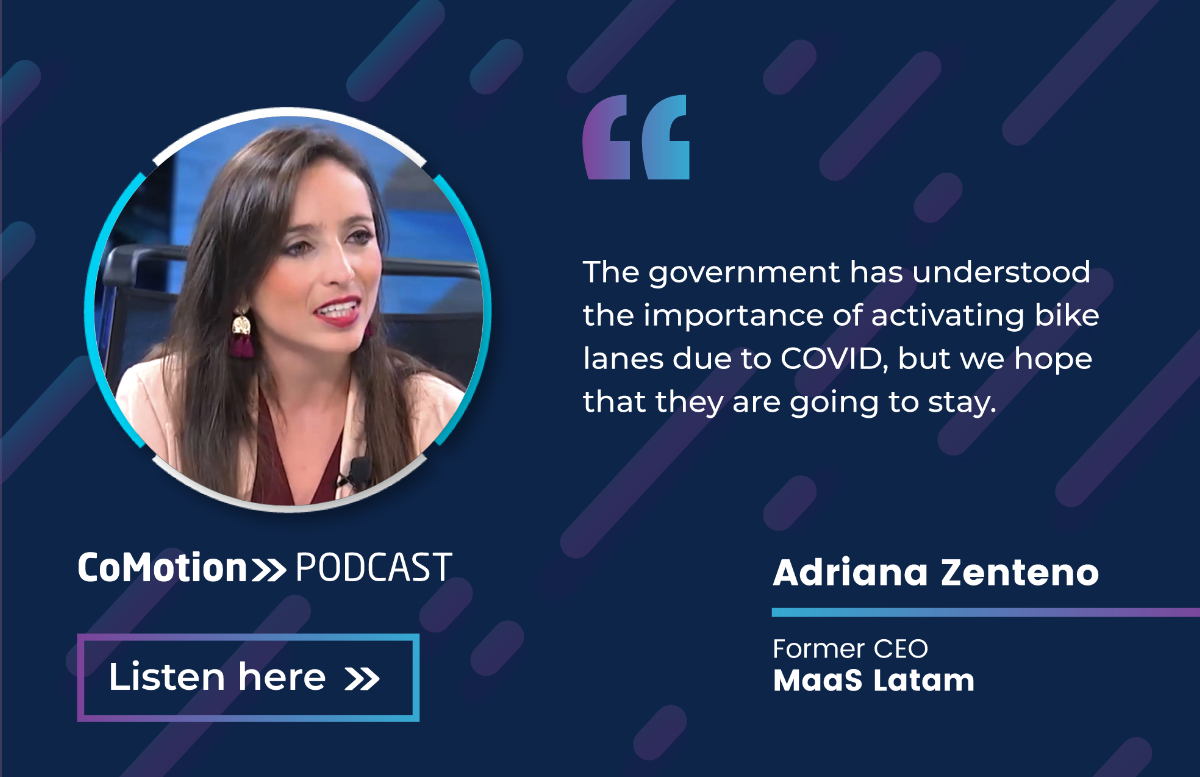 Episode 73. Greg Lindsay sits down with Adriana Zenteno, who recently stepped down as the CEO of MaaS Latam, to discuss how new mobility modes are faring in Mexico, from ride-hailing to micromobility and each technology’s associated triumphs and challenges in the region. Greg Lindsay also chats with Jonah Bliss about Uber’s acquisition of Postmates, Indian ride hailing giant Ola’s latest feature additions, Lyft’s return to on-road AV testing in CA, and other happenings of the week. Listen here.

LAB Launched: CoMotion MIAMI LIVE kicked off with a major announcement, as Miami-Dade Mayor Gimenez formally unveiled plans for CoMotion LAB MIAMI: an unprecedented consortium of international, national and regional public and private stakeholders whose goal is improving mobility and transit in Miami-Dade County and Southern Florida. HNTB, INRIX, Joby Aviation, Lacuna, Via, Uber and NewCities Foundation are among the founding members of the new initiative, with many making their own exciting announcements at the event as well. And this being Miami, the big launch also got coverage en español.

NoTraffic, Yes Winner: Also announced at CoMotion MIAMI LIVE, Tel Aviv’s NoTraffic was crowned the inaugural winner of the M2 Miami Mobility Challenge. NoTraffic’s innovative autonomous traffic management platform bested dozens of rival mobility startups and solutions, in a worldwide challenge that solicited the best and brightest companies from across the transportation landscape. Check them out!

Here’s a tip: India-based ride-hailing giant Ola adds new functionality to its app that most other TNCs have had for years: in-app tipping. Rolling out the feature in India, the UK, Australia and New Zealand, Ola made the move to benefit drivers who stayed on the front lines during the global pandemic. As Ola has tended to be ahead of international competitors for innovative features like cash wallets and safety features, we’d say this function is long overdue.

If at first you don’t succeed: after failing to acquire Grubhub, Uber didn’t give up on snagging a food delivery service. The rideshare giant has agreed to acquire Postmates for $2.65 billion in an all-stock takeover. As Uber Eats is the TNC’s arm closest to achieving profitability, it only makes sense that Uber wouldn’t give up easily on its growth-hungry delivery ambitions, as the company can now better compete against industry juggernaut DoorDash.

Vegas, baby! Virgin Trains USA, a unit of Fortress Investment Group, and the San Bernardino County Transportation Authority have entered into a memorandum of understanding to study extending the western terminus of the 168 mile high-speed line from Las Vegas, expanding westward from Victorville to Rancho Cucamonga. From that new terminus, the HSR would link directly to SoCal’s Metrolink network. From the City of Angels to Sin City with only a few connections — sounds like a gambler’s dream.

Electric stimulation: EV sales are surging in the UK, thanks to recent government stimulus packages and falling sticker prices. While ICE and diesel car sales fell a whopping 90% YOY in May, EVs were up by 21.5 percent. Experts are expecting to see similar numbers in the EU, once member states release their own statistics. Hey America, you paying attention?

Norway, baby! While Chinese automaker BYD sells its electric buses and trucks globally, its passenger vehicle sales have been almost exclusively limited to China — until now. BYD is set to launch its 300 mile-range Tang electric SUV in Norway, with hopes of later expanding throughout Europe. With a new model of the Tang EV going into production this November, Norwegian deliveries are expected to commence in January 2021.

The power of light compels you: New York-based Circuit, providers of all-electric, last-mile mobility services, is partnering with ultraviolet light innovator Dimer to create a first-of-its-kind disinfecting process for its vehicle fleet. Circuit is continuing to operate during the pandemic as an essential service, delivering necessities to neighborhoods in San Diego, South Florida, and New Rochelle, NY. Now, Circuit’s EVs will be sterilized by Dimer’s UV virus-killing tech: the UVHammer.

Clean fuel of the future: Bacon & Davis, a leader in energy facility engineering, procurement and construction, along with Ford (and their fuel cell aspirations), is teaming up with Ways2H Inc. to build waste-to-H2 production facilities to bring clean fuel to the US market. There are few things more green than taking some of the world’s worst waste streams and converting them into sustainable, clean fuel. Together this Fall, the companies are planning to build what they claim will be the U.S.’s first “modular thermochemical waste-to-hydrogen production facility” in California, with additional projects to follow across the nation.

Return to the roads: Lyft’s self-driving vehicles are once again plying California’s streets. Previously, when the pandemic prompted shelter-at-home orders, the TNC suspended testing of its AVs. With another spike in COVID cases in the Golden States, this current resumption of testing may be short-lived.

Gaining momentum: Beijing-based Momenta, backed by Daimler and Tencent, recently revealed that its entire fleet of autonomous robotaxis will operate without safety drivers by 2024, with some of its AVs fully driverless as early as 2022. Expect more ambitious timelines and bold plans as the intense competition with domestic and international rivals like Didi Chuxing, Baidu Apollo, WeRide, Pony.ai, and Waymo continues to accelerate.

Doesn’t sound too simple: San Diego-based driverless truck startup TuSimple plans to launch a “world’s first” autonomous freight network. Partnering with UPS, Penske, US Xpress and others, the startup plans to create an AV “ecosystem” by 2024. This comes as the self-driving trucking space heats up, with Waymo dramatically expanding its AV trucking routes. TuSimple is also hoping to raise an additional $250 million in funding to support its goals of removing safety drivers from its autonomous truck fleet as early as 2021.

Bike referendum: While city officials too often cite political infeasibility of bike infrastructure, Paris Mayor Anne Hidalgo handily won reelection on a bold platform of an ecological transformation of the city, making every street bike friendly and reducing car use. Looks like bikes can be a winning issue after all…

Corporate advocate? Lime announces Lime Action, with the goal of transforming “one million Lime riders into one million advocates for safe streets” by sending in-app messages, emails, and other tools to motivate scooter riders to become involved in street safety campaigns.

Bolt brings bikes: As the pandemic is pushing Parisian posteriors onto bikes, Estonia-based Bolt bids to bolster its European business with a bike-sharing service in the French capital. 500 e-bikes are now operating in Paris, diversifying Bolt’s ride-hailing and e-scooter offer.

Truth hurts: Dutch electric bicycle maker VanMoof’s understated but brilliant ad has been banned in France for creating a “climate of fear” around cars, as the country’s car industry has seen plummeting sales. We love the ad, by the way.

Micromobility makeover: As transit ridership falls and car traffic rises, Spin and Tranzito give Caltrain’s SF Bike Station — a hub that offers an array of mobility options and in-person services — a makeover, adding scooter parking and charging to help make it easier for San Franciscans to commute via train.

CityLab, positing that despite the pandemic, it’s not too late to turn the electric scooter industry around.

CleanTechnica, with a look at how banks like to claim they love renewable energy, despite their boardrooms still being closely tied to fossil fuel corporations.

Electrek, tipping us off to a new study from Harvard that definitively shows air pollution causes premature death.

U.S. News, predicting what the increase in working from home will spell for major metropolitan areas.

Axios, explaining how adjustments to zoning and permitting rules could help cities bounce back from the pandemic. 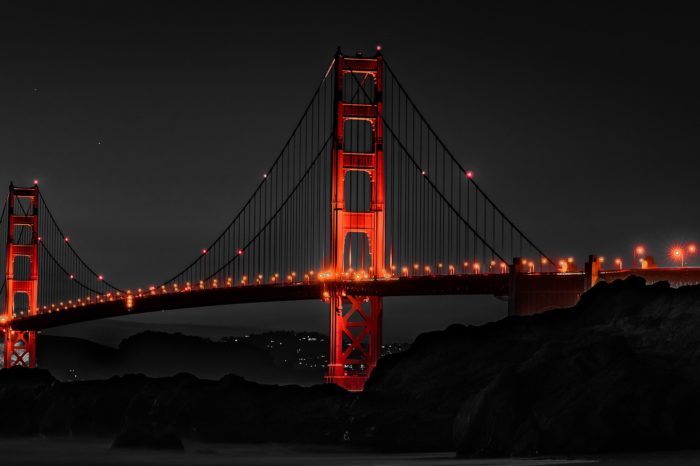 CoMotion LIVE: Golden State or Problem State? What’s Next for Uber in California