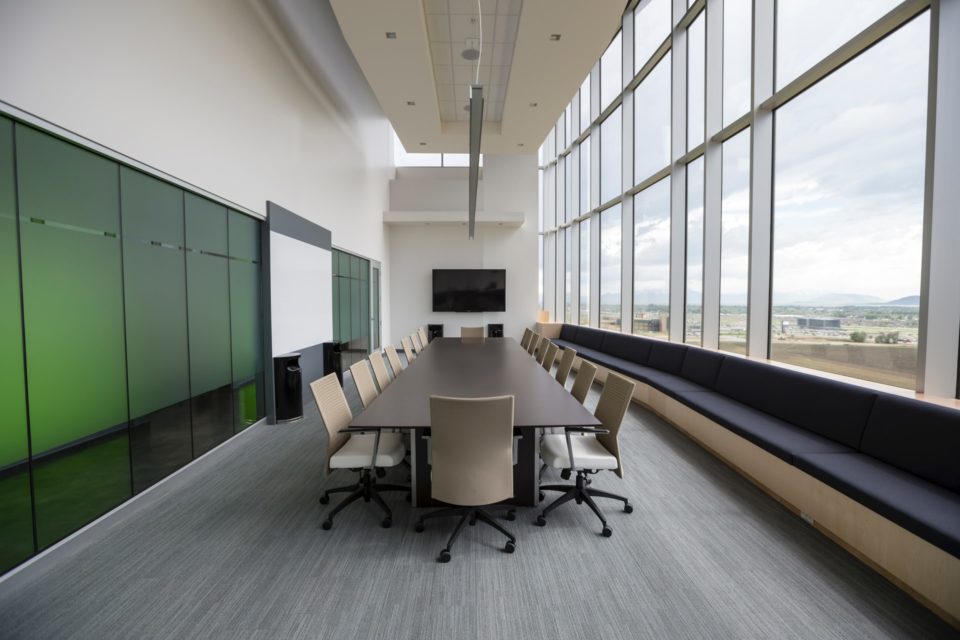 As the coronavirus pandemic drags on, and weeks turn into months, the economic ramifications continue to magnify. Unemployment across the globe is at a modern high; nearly half workers across the globe are at risk of losing their livelihoods. Like nearly every facet of the economy, the mobility industry, and its workforce, is suffering. To get a detailed look at exactly how bad the situation is for different employment sectors, Layoffs.fyi has created a coronavirus layoff tracker, compiling startups that have laid off employees since the start of the pandemic. Sorting through the data, it’s clear a number of firms across the mobility sector, both large and small, are suffering.

Looking at which companies had to cut the largest percent of their workforces, the hardest hit on the list is Portland-based Moovel, a provider of MaaS tools and transit operator software solutions. Moovel laid off 37 percent of its staff in April, which was actually a second round of layoffs. The company let go another 39 people back in January, bringing its total 2020 layoffs to a whopping 58 percent cut.

Up next with the second most layoffs is Divergent 3D, a Los Angeles-based 3D printing company working to change how automobiles are manufactured. Divergent created a new way of designing and producing vehicles that makes the whole process not only easier and faster, but also more environmentally friendly than traditional methods. Unfortunately, the startup had to cut 36 percent of its staff due to economic fallout from COVID-19. According to the company, the move was made to ensure long-term financial stability and preserve the company’s core team, so the startup can outlast the pandemic and the resulting reduced demand for automotive parts. The company is still operating, as they have two global OEMs as customers.

The next hardest hit is San Francisco-based Scoop, a carpooling facilitator that allows co-workers and neighbors to efficiently share rides. Seeing as social distancing and carpooling go together like oil and water, Scoop had to let go a third of its staff. The company is still “maintaining reliability” for essential workers and continues operating in all markets, albeit at a significantly reduced capacity, with safety precautions in place. The company hopes to return to full strength post-pandemic. 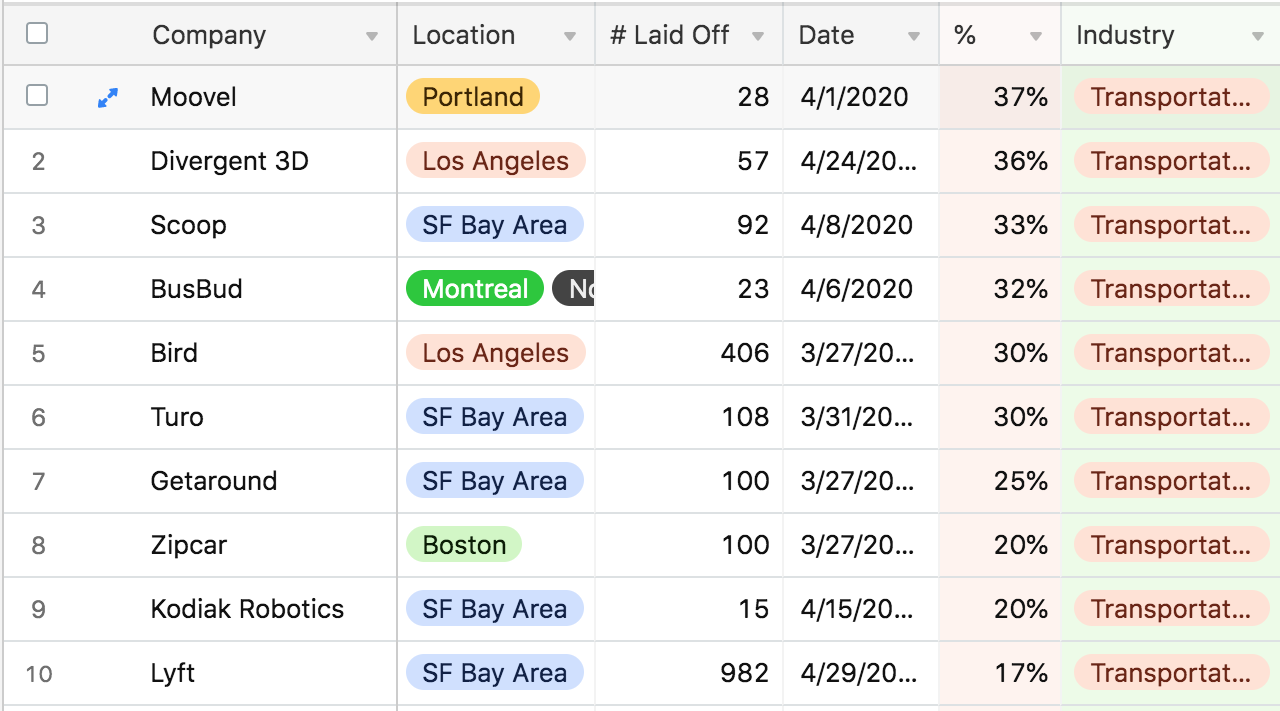 Several other transportation companies that had to lay off between 20 and 30 percent of their workforces stretch from the San Francisco Bay Area all the way to Boston. Kodiak Robotics, Zipcar, Getaround, Turo, Bird, and BusBud all made staff reductions in response to the global lockdowns. Public companies are suffering too, as Lyft recently had to dismiss nearly 17 percent of its staff. Seeing as fewer people are moving, and ride-hailing provides a potential vector for viral transmission, revenue is down for TNCs across the globe. Even Uber is allegedly weighing the decision to make sweeping cuts to its headcount, considering laying off 20 percent of its employees, despite being buffered by growth in its food delivery unit. Given the massive size of Uber, a cut that large would mean firing some 5,000+ people.

Sadly, it looks like things are only going to continue to get worse. According to the U.S. Department of Commerce the economy shrank at a 4.8% annual rate in the first quarter of the year. That’s the largest contraction since the Great Recession. Given the continued downturn in April and May, the Q1 decline looks to be just the tip of the iceberg — the worst is yet to come. 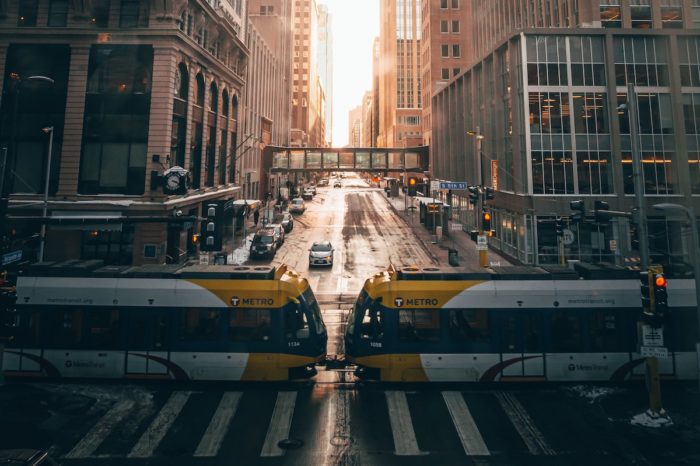