Week in Review: BMW unveils the i4, Waymo takes in billions in funding, France rules if Uber driver was a freelancer or not 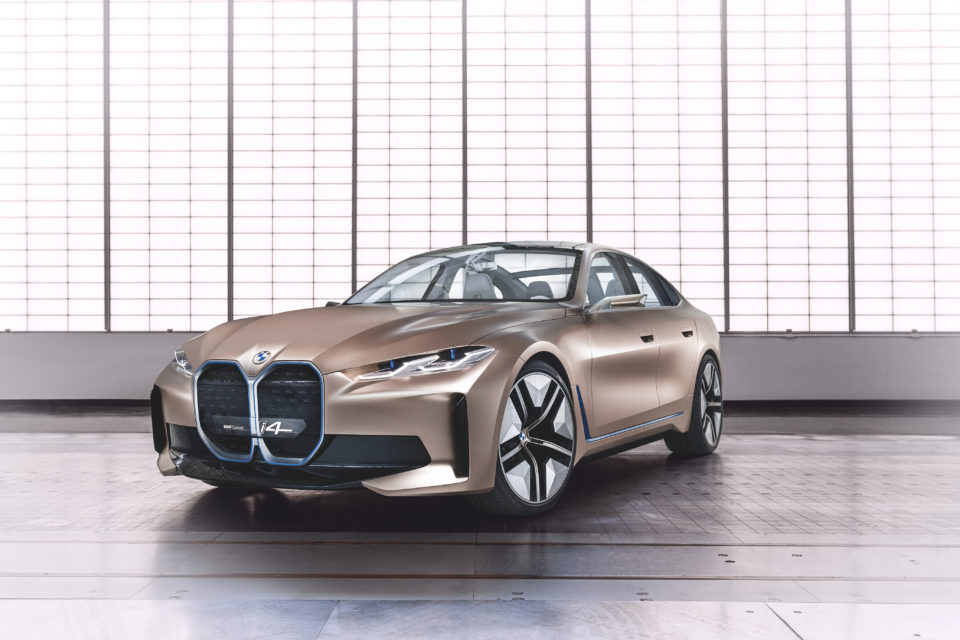 Tired of never-ending coronavirus and American election news? Well take a deep breath, because your inbox is now a safe space: this newsletter’s nothing but the latest in mobility happenings! To start, France’s highest court of appeals just ruled that a former Uber driver was in fact an employee and not a freelancer; BMW unveiled its all-electric four-door i4; and Waymo took in its first outside investment — a cool $2.25 billion. All that and more in this week’s CoMotion>>NEWS.

If you want to get people out of their cars, you need to ensure all their alternative mobility options operate as one efficient and orchestrated ecosystem, argues Bestmile’s Raphael Gindrat in our latest Mobility Perspective. Read it here.

French freelancer? Non! France’s highest appeals court just ruled that a former Uber driver should be considered an employee, not a freelancer. Unable to appeal the decision, Uber now risks an onslaught of labor lawsuits from disgruntled drivers.

Battery boom: Over the past decade, California has seen a steady rise in employment in the EV ecosystem, according to a new study by the Los Angeles Economic Development Corp., a public/private body. Projections estimate some 37,000 new jobs could be added to the fast-growing sector over the next 5 years, with a plurality in greater LA.

That’s a big snout: BMW unveiled its upcoming electric car: the i4 — with a production model of the Gran Coupe slated for release next year. Hey Munich, what’s with the giant grill? It’s, uh, electric.

Blast off: NASA is working to accelerate the Urban Aerial Mobility ecosystem by hosting an Urban Air Mobility Grand Challenge. From air-taxis to drone delivery, companies like Joby Aviation, Uber, Boeing and more are all competing to bolster the UAM space and get some eVTOLs airborne.

Zero Vision: Despite many cities’ Vision Zero plans, the U.S. saw pedestrian deaths just reach a 28-year high in 2018. The likely culprit? The SUV boom. It’s time to rethink our obsession with giant vehicles, especially seeing as they don’t even fit in our garages anymore.

Made in China: For the past 20 years, American automakers have heavily relied on China’s manufacturing prowess. As COVID-19 spread across China and quarantines stalled production, the U.S. auto industry was forced to reevaluate its lack of diversification in its supply chain. Big changes are likely coming, but not soon enough.

Pandemic paranoia: Public transit users: worried about coronavirus? Fear not, new research shows that pandemics shouldn’t scare people away from mass transit. (Surprise! We had to include some coronavirus content; but at least it’s good news.)

Mobility Moment: Check out the latest edition of our Mobility Moment, where our own Jonah Bliss and Have A Go’s Terenig Topjian talk coronavirus and its effects on manufacturing and UAM, as well as England’s £1 billion infrastructure pledge. Thanks to our partner Velvioo.

Increased allowance: In a first, Waymo has raised funds outside of parent company Alphabet—taking in $2.25 billion from Silicon Valley and international venture firms. With this influx of capital, could a wider deployment of its AV fleet be just around the corner?

Caught! Anthony Levandowski, the former head of Uber’s self-driving efforts, is in big trouble — about $179 million worth of it. A court ruled Levandowski had breached the terms of his contract with former employer Google. While Uber and Waymo may have put things behind them with a settlement, things are less rosy for Levandowski, who just filed for Chapter 11 bankruptcy protection.

Asian AVs: While American companies like Waymo and Cruise lap up the self-driving limelight, competitors from Asia are quietly giving them a run for their money: 77 AVs from 13 Chinese companies have driven about 646,226 miles along roads in Beijing alone. And those miles are growing fast, with over 500,000 of them in the past year alone. With the Chinese AV ecosystem expected to be worth a whopping $500 billion by 2030, it’s no wonder companies are racking up as many test miles as possible.

Advanced autonomy: Waymo’s hardware sensor suite — adaptable to a variety of vehicles — is being integrated into a fleet of all-electric Jaguar I-Paces. Beginning with simple data collection, this new fleet is set to soon go autonomous (with human safety drivers) before the tech is then introduced to semi-trucks. It’s Waymo’s most advanced hardware yet —  meaning it’s only a question of when, not if, rentable AVs will hit the streets.

Boosted boots employees: E-skateboard maker Boosted has laid off a “significant portion” of staff and is looking for a buyer. Done in by the US-China tariff wars and high development costs of an unreleased scooter, this could be a warning to other micromobility hardware startups. Meanwhile in SoCal, Wheels had to lay off 6% of their team as they too struggle to reach profitability.

Shrinking scooter scene: As colder months cut ridership, Los Angeles saw scooter rides fall in half from August to December. Given the number of operators exiting the market or adjusting their fleet sizes, it’s yet to be determined if these stats are seasonal fluctuations or a harbinger of continued consolidation.

Car free recipe: Even during the short few months since Market Street’s independence from private autos in San Francisco, micromobility saw over a 30% jump in scooter use in a single month and bicycle ridership surged 20% in just a single day.

Mopeds’ moment? Germany’s Tier Mobility is looking to the electric moped space after it snapped up rival Coup’s assets, including a 5,000 unit fleet and substantial charging infrastructure. Meanwhile, France’s Cityscoot raised €23.6 million for their dockless electric mopeds from new and existing investors. Is this the start of scooter sharing 2.0?

Mobike, lessbike: While it began in China and has since stumbled, Mobike’s European story continues, with two new spinoffs covering Northern and Southern Europe.

SmartCitiesDive, highlighting a study that shows only 2% of scooters are improperly parked.

BBC News, warning us that Flybe’s collapse could be the harbinger of further airline consolidation.

CityLab, pointing out that very simple solutions to cities’ transit woes can often be the most effective way to improve commuters’ lives.

GovernmentTechnology, positing that smart cities should get back to the basics.

Data and Performance Analyst | Portland Bureau of Transportation | Portland, OR