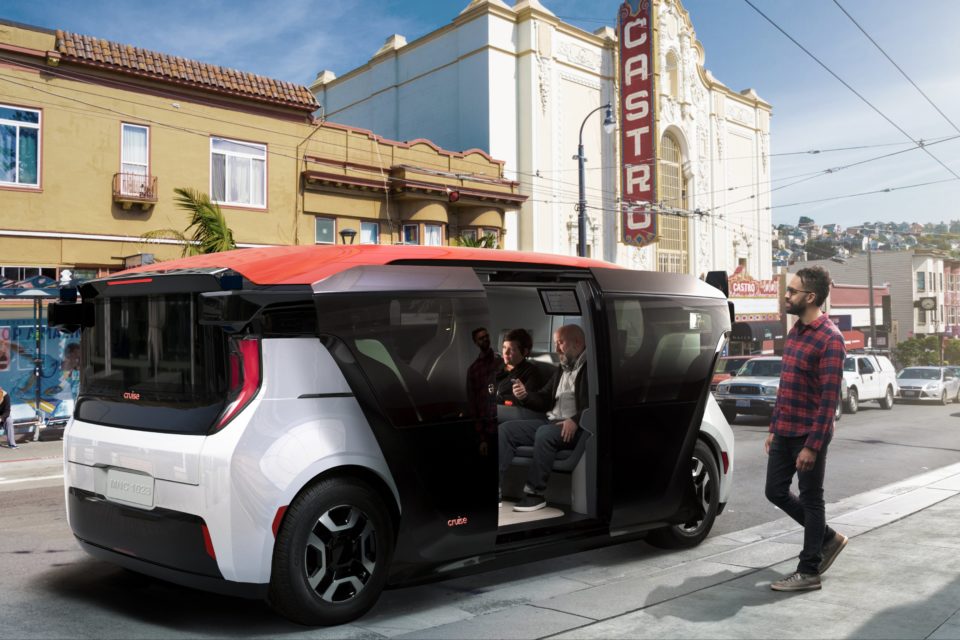 In recent months, many self-driving startups have been hitting the brakes on the idea that autonomous vehicles are right around the corner. This past Tuesday, Cruise broke from the pack by announcing Origin, an autonomous shuttle that the GM subsidiary promises not only moves “beyond the car” but is already being tested on the mean streets of San Francisco. The company, which recently secured an additional $2.75 billion investment from Honda, claims the AV is already “production ready.”

By removing the steering wheel, the rearview mirror, the pedals, and more, we’re left with something simple: space. pic.twitter.com/K3tS0QxuSC

The electric vehicle is reminiscent of other self-driving shuttles, looking a bit like a highly symmetrical minivan. While the footprint isn’t any larger than your average mid-size car, the interior is incredibly spacious. The doors slide outward, creating an opening wide enough for one person to enter the vehicle while another is exiting. Inside, two side-by-side seats sit facing each other, allowing four occupants extra leg room and easy conversation.

The interior is so spacious because the Origin has no steering wheel, no rearview mirror, no pedals, or even windshield wipers. This is a vehicle built from the ground up to be autonomous.

Cruise Co-Founder & CTO @kvogt digs into disengagement rates—how they are analyzed, what we learn from them, and what they don’t account for in the complexity of daily driving in San Francisco.https://t.co/eDaUZ02OWP pic.twitter.com/EuIVE7Oxeh

Designed for a post-car society

Cruise’s overarching goal is to make urban transportation safer, cheaper, and more convenient. Cruise will not only make the vehicle, it will run the ridesharing service via an app. The Origin won’t be a car that you buy and park in your driveway, it will be a shared vehicle. Cruise is well aware that an average car spends 95% of its time just parked—a serious inefficiency. Cruise has already estimated that getting rid of your car and relying on the Origin could lower transportation costs $5,000 per household, per year. This evokes thoughts of Canoo, another company that plans to offer self-driving, all-electric, roomy shuttles for a subscription. Similarities aside, Cruise may have a leg up thanks to its deep ties to heavyweight automakers and substantial cash reserves.

Seeing as the vehicle drives itself, there are far fewer moving parts than in a traditional ICE-powered car, or even a current generation EV. The Origin was designed to have a lifespan of 1 million miles, which is not just impressive in its own right, but would be a big win for the environment. Cruise aims to achieve this thanks to the vehicle’s highly modular design, so parts and sensors can easily be swapped as technology advances. This is a vehicle made to be on the road nearly 24/7.

The shuttle doesn’t simply aim to be a driverless version of your average human-operated car—it’s built to be better. Cruise aspires to reach “superhuman” levels of spatial awareness, relying on its suite of radar, LIDAR, thermal sensors, and cameras to see the world around it. Cruise stated: “Never blinking and always alert to what’s in front, behind, and all around it, the Origin will operate beyond human capabilities. Its multi-layered suite of sensors sees broader wavelength spectrums than humanly possible, and its AI processes decisions faster than the human brain. This will give the Origin the ability to see at night and through poor weather conditions while its self-driving technology improves with every drive.”

Superhuman driving skill may seem like a lofty goal, but it’s the ultimate benefit of relying on ever-advancing AI technology. This is all-the-more important given recent tragedies, like the self-driving Uber fatality. Current self-driving cars may be able to see better than human drivers, but they still don’t reliably think like one. Sure, people make mistakes, but in the Uber incident, the car saw the pedestrian illegally crossing the street, but made no move to swerve or hit the brakes. Which is why Cruise’s SF-based training is so important: the more random and chaotic the encounters, the better the AI can learn to adapt and instantly react to unforeseen situations.

The Long Road Ahead

While the Origin is touted as “production ready” there are still legal and regulatory hurdles to surmount before widespread adoption, or even small-scale public trials, are possible. To actually produce a road-legal vehicle that has no steering wheel, wipers, or pedals, an automaker needs to get an exemption from the National Highway Traffic Safety Administration (NHTSA). As regulations currently stand, the NHTSA can only exempt up to 2,500 vehicles per manufacturer per year from existing Federal Motor Vehicle Safety Standards. So even if the Origin goes into production, it would be an extremely limited run. That said, when it comes to letting robots drive our families around pedestrian-lined streets, it seems prudent to make progress in baby steps. 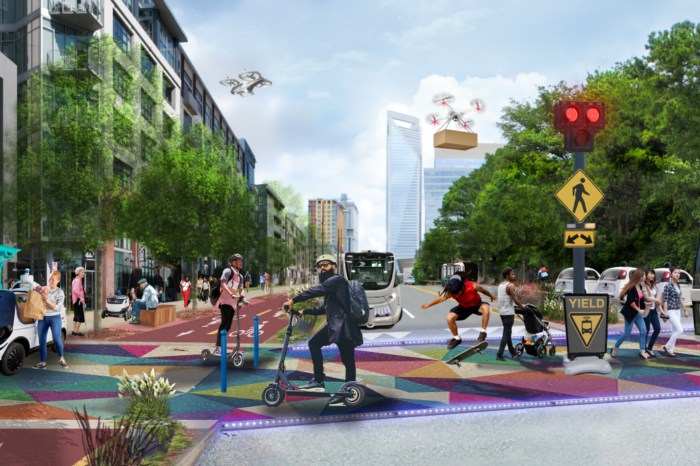 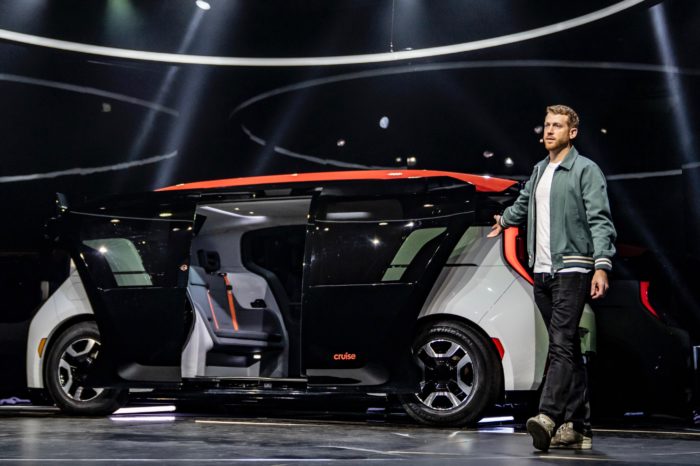